The Blue Jays are looking to right the ship after losing three straight to the Rays over the weekend. They'll put their best arm forward with Alek Manoah on the hill. We like him to stop the bleeding while giving his bullpen a breather.

The Toronto Blue Jays did something odd this weekend. They took the first two games of their series against the Tampa Bay Rays but lost that same series in a rare five-game set. Toronto will try to bounce back when it begins a seven-game West Coast road trip starting tonight against the Oakland Athletics.

Meanwhile, it is a year to forget in Oakland. The A’s enter this matchup winners of just 26 of their first 81 games and have the worst run differential in the American League. But as massive underdogs do they provide us value?

Find out in our free MLB betting picks and predictions for Blue Jays vs. A’s on Monday, July 4.

The Blue Jays opened this AL matchup as hefty -220 road favorites but that hasn’t stopped bettors from backing them tonight, moving the line as big as -245. The total hit the board at 7.0 and has been bet up a half run to 7.5 as of Monday afternoon.

Alek Manoah (9-2, 2.09 ERA): Manoah is making a case to be the starter for the American League in the All-Star game in a few weeks. The right-hander has also bounced back from his “worst” start of the year by posting outstanding performances against the Brewers and Red Sox.

Cole Irvin (2-6, 3.58 ERA): Irvin has been solid for the A’s this season with a nice ERA and pitching at least five innings in each start, but the case can be made he’s been a bit lucky. His expected ERA (5.39) is nearly two runs higher.

The A's are 4-17 in their last 21 home games when facing a right-handed starter. Find more MLB betting trends for Blue Jays vs. A's

It was a weird weekend for the Blue Jays. They took the first two games of their rare five-game set with the Rays by a combined score of 13-3 but then dropped the next three straight, including a doubleheader on Saturday, getting outscored 24-10.

What better way to end a skid than by handing the ball to Alek Manoah. The right-hander is having a dominant season, posting an expected ERA of 2.79 and an opponent expected batting average of .215, but what is really impressive is the way he is becoming a real pitcher as opposed to just a hard thrower.

While his strikeouts are down a bit from last season, Manoah is effectively mixing his four-seamer, sinker, and slider to keep hitters off-balance while generating a ton of soft contact. In fact, he ranks in the 98th percentile in hard-hit percentage this season.

Now, he faces an A’s team that really struggles to get production out of its lineup when facing right-handers. Oakland ranks dead last in the Majors in both batting average and OPS when vs. righties.

When it comes to the Jays’ offense, they are still rolling despite the tough end to the weekend. You can even argue that they've been the best offense in baseball since the start of June, ranking first in batting average, OPS, and wRC+ in that time.

That means a tough task looms for A’s starter Cole Irvin. As noted, the lefty has been a reliable arm for Oakland, consistently pitching deep into ball games. But an expected ERA of 5.39 and a .294 expected batting average against could mean some regression, particularly against a Jays team that ranks fourth in OPS and fifth in batting average when facing southpaws.

Yes, the Jays have some issues in their bullpen right now, but the A’s are worse, ranking 23rd in ERA and 28th in WHIP. And with Manoah, who averages nearly 6.5 innings per start, on the mound, it should alleviate some of the pressure on the back end. Bet the Jays to take this one by a couple of runs.

When it comes to the total, the early money came in on the Over, but at 7.5 and with Manoah on the mound, it feels just high enough to jump on the other side.

As mentioned, Manoah has looked unhittable at times, allowing two or fewer earned runs in 13 of his 15 starts this season and now faces an A’s team hitting .209 with a .591 OPS when facing right-handers. Manoah also limited the A’s to two runs on four hits over six innings back on April 17.

And even though the Blue Jays offense is plenty good enough to take advantage of Irvin’s mistakes, the lefty is certainly a battler, having allowed three earned runs or fewer in 10 of his 13 starts.

The first game of a West-Coast swing can also be tough. The Jays should do some scoring but the A’s won’t do their part in a game that should just sneak below the number.

If you haven’t been able to tell yet, the Jays’ biggest edge in this game is Manoah going against an A’s lineup that looks like it's swinging a pool noodle during at-bats.

There is no reason to think that Manoah shouldn’t be able to pitch deep into this ball game. He has pitched at least six innings in 13 of his 15 starts this season and into the seventh four times over his last eight.

With the state of the Blue Jays’ beleaguered bullpen, look for manager Charlie Montoyo to lean even more heavily on Manoah and take the Over 18.5 for his outs recorded prop, something he has done in each of his last two starts. 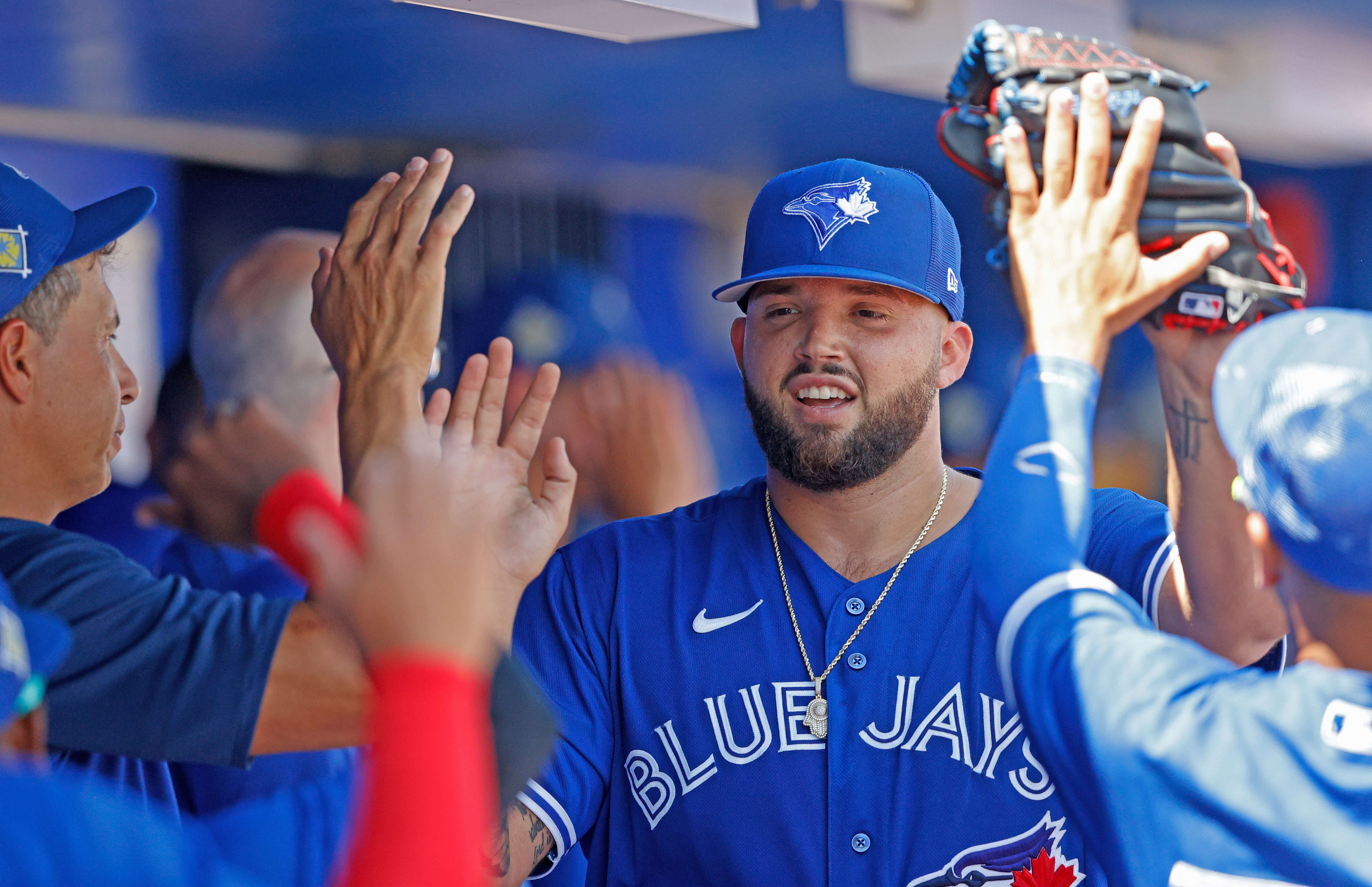