The Mariners need to win today (and get some help) to play any further baseball in October. The M's have slugged lefties all season and are big MLB betting favorites against a Halos rookie southpaw this season — we see Seattle doing its part to stay alive.

After a 6-4 victory over the Los Angeles Angels on Saturday, the Seattle Mariners are still in the mix for a spot in the AL Wild Card Game.

The Mariners need a win over the Angels — but also to need either the New York Yankees or Boston Red Sox to lose to have a chance of playing beyond today. There's a real possibility of some chaotic tiebreaker scenarios coming to fruition... but Seattle just needs to focus on winning — as a massive MLB betting favorite — to give itself a chance.

This should be the most exciting day of baseball that we’ve had in a very long time, so strap in and make sure you’re ready for it. And here are our Angels vs. Mariners picks and predictions for Sunday, October 3, so you can get in on the action.

Reid Detmers (1-3, 7.11 ERA): Detmers is one of the top prospects in the Los Angeles organization but the lefty hasn’t pitched well in the majors this season. In four starts for the Angels, the 22-year-old has allowed 15 earned runs over 19 innings of work. Also, for a pitcher that has had trouble getting acclimated to the bigs as it is, a playoff-like environment could be a bit overwhelming.

Tyler Anderson (7-10, 4.41 ERA): Anderson faced this Angels team on September 25 and gave up nine earned runs on nine hits in just two innings of work. It was a miserable outing for the lefty and fans are going to be a bit shaky with him on the mound in a must-win game. However, Anderson did bounce back and give up just one earned run over four innings against the Oakland A's in the following start.

Angels: Justin Upton OF (Out), Mike Trout OF (Out), Anthony Rendon 3B (Out).
Mariners: Shed Long 2B (Out).
Find our latest MLB injury reports.

The Mariners are 11-2 in their last 13 games. Find more MLB betting trends for Angels vs. Mariners.

The Mariners are facing a left-handed starter for the third game in a row, which means they should be very comfortable in the pitch angles they'll see today. Seattle also happens to have 75 homers off of lefties this year, which trails only the Dodgers, so there is a good probability the Mariners could hit a bomb or two, ultimately swinging this game — and the M's season.

On top of Seattle being solid against lefties, the team also gets to face an extremely green one in Detmers. The 22-year-old rookie has allowed at least three runs in three of his four career starts, pitching fewer than six innings in each of those outings. The lefty had also walked nine batters in just 19 innings.

Detmers should have some nerves pitching in front of a raucous (and sold-out) Mariners crowd that will be hungry for playoff baseball, which could lead to some control issues in this one — and Seattle will make him pay. Slugger Mitch Haniger, who snapped a seven-game hit streak Friday night, bounced back by going 4 for 5 with a homer last night and he is batting .287 with 16 homers and 35 RBIs against lefties in 2021. Look for him, as well as Ty France (.313, 9 HR vs. LHP in 2021), to power the offense today.

As for Seattle’s pitching, while Anderson was horrible in his last start against the Angels, it’s worth noting that it was a road game. Anderson is 5-6 with a 5.42 ERA when pitching away from home this season, but he has a 3.11 ERA when pitching in front of his own fans.

Since arriving in Seattle as a midseason acquisition, that hasn’t changed one bit: In four starts at T-Mobile Park, Anderson has allowed only six earned runs over 20 2-3 innings.

This total is extremely low for a matchup between two starters that are likely have some crooked numbers posted against them.

Detmers has only had one good start in the bigs this season and he now faces a motivated Mariners team that has plated at least four runs in 11 of its last 13 games and scored six runs last night. A similar offensive performance against a worse pitcher would mean that the Angels only need two runs in order to help Over bettors cash.

The Over has hit in five of the last six games in which the Mariners have faced a left-handed starter. Also, the Over is 8-3 in Seattle’s last 11 home games. 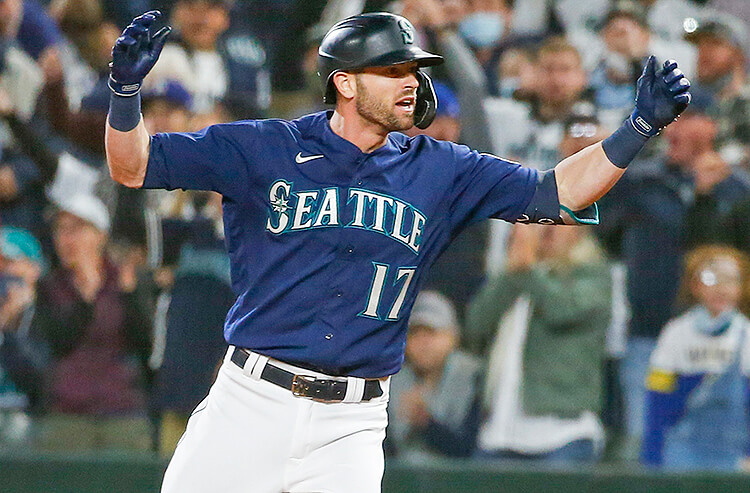 Angels vs Mariners Picks and Predictions: Seattle Slugs A Halos Southpaw In Must-Win Game
Provided by