An “aggressive” timeline was shown during a meeting of the Massachusetts Gaming Commission on Thursday, with retail wagering proposed to go live in January and online sports betting in February.

The launch of legal sports betting in Massachusetts may have to wait until 2023.

That’s according to an “aggressive” timeline shown during a meeting of the Massachusetts Gaming Commission (MGC) on Thursday, with retail wagering proposed to go live in January and online sports betting in February.

The timeline presented to the gaming commission included an application deadline in November and a “decision” on retail licensing and a "truncated suitability review" of temporary licenses for some online sportsbooks in December. A launch of in-person sports betting at casinos was penciled in for January, and statewide mobile wagering by February.

But Karen Wells, the MGC’s executive director, said the proposal was a starting point for discussion, not a “definitive” timeline for the launch of legal sports betting.

There are a few reasons why the launch dates remain a moving target, such as an adjustable deadline for applications and a competitive process that needs to be run to award seven untethered mobile sports betting licenses.

However, Wells was also clear that 2023 was the earliest possible starting point.

“There is no way we could do this any earlier,” Wells said. “No way.”

an attempt at a better photo pic.twitter.com/4PdwS9ytre

While the broad strokes painted for the MGC on Thursday suggest there could be options for legal sports betting in Massachusetts by Super Bowl LVII in February, it’s still probably going to disappoint some bettors and bookmakers who were hoping for earlier.

That is partly because the launch of legal sports betting in Massachusetts has been a long time in the making. Moreover, the state is home to a significant population, big-name sports franchises, and passionate fans who may be eager to get down a legit wager on the Boston Celtics or Red Sox.

Additionally, Massachusetts is almost surrounded by other states that have legalized or already launched some form of sports betting. Massachusetts bettors have been traveling to those neighboring states to make bets, while others have stayed home and wagered with offshore or illegal bookmakers.

With this in mind, Bay State lawmakers finally passed legislation in early August that allows for retail and online sports betting, with the former permitted at casinos, racetracks, and OTBs, while the latter could be offered by up to 15 operators. Bettors will have to be 21 or older, and wagering on Massachusetts college teams will be forbidden, unless they are playing in a big tournament.

“I think, as a board, we need to be pushing for Category 1 (in-person sports betting at casinos) to be open for the Super Bowl,” Commissioner Bradford Hill said.

So many details, so little time

But before any betting can happen, regulators still have to iron out some key details.

Regulators are also trying to sort out an issue with temporary licensing. The state’s sports-betting law caps the number of permanent online sports betting licenses at 15 but has no cap on temporary licenses, which would cost operators $1 million to obtain and allow them to take bets for up to a year.

Under that legislative structure, an operator could conceivably receive a temporary permit, take bets for a year, and then shut down if they don't receive a permanent license. That could cause problems for both operators and customers, who could wake up one day and find their sportsbook shut down.

Most sportsbook operators interested in Massachusetts have "agreed that the way the law is written presents an untenable situation," the MGC says on its website. While there may be a legislative “fix” in the offing, regulators are continuing their work for the time being.

“Also, if there isn't a legislative fix, we do feel that we can continue to operate on a parallel track and we are working hard to make sure that the two tracks work really hand in hand,” said Cathy Judd-Stein, chair of the Massachusetts Gaming Commission, during a VIXIO GamblingCompliance webinar this week. 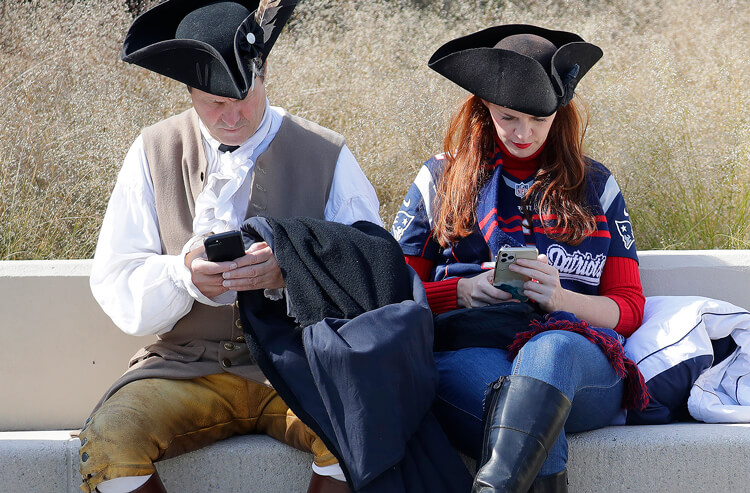