U.S. Open Sleeper Picks: Is it Time for Zalatoris to Grab His First Major W?

Will Zalatoris possesses the skillset to excel at The Country Club’s unique, old-school course, and if his putting doesn't let him down he poses a great value to win at +3,000 — highlighting our best sleeper picks for the 2022 U.S. Open.

We've got a 156-player field for 2022 U.S. Open betting at The Country Club in Brookline, Massachusetts, which is hosting the 122nd edition of the preeminent tournament for the fourth time in history from June 16-19.

This year's event will mark the first time since 1988 that golf’s third major will return to the historic club, when Curtis Strange defeated Nick Faldo in an 18-hole playoff to secure his first of two consecutive U.S. Open titles.

While the above golfers have been red-hot on the PGA Tour this season, you can find better value when looking for a player to back for a victory in Brookline — and we highlight three sleeper picks to win the 2022 U.S. Open.

A) Any American to win the U.S. Open BOOSTED to -159 at BetRivers! Sign Up Now

On the verge of a breakthrough, Englishman Matthew Fitzpatrick posted his best major finish to date with a T5 in the PGA Championship last month.

Fitzpatrick will come off short rest after finishing 10th at the Canadian Open, but he’ll take on a familiar course in The Country Club, where he won the 2013 U.S. Amateur — and he's posted seven Top-10 finishes on Tour this year and placed 14th in at the Masters.

His reputation as a good bad-weather player may also factor here, as high wind and rain are in the forecast Thursday through Saturday.

Fitzpatrick’s best finish at the U.S. Open is a T12, which he accomplished both in 2018 at Shinnecock Hills and 2019 at Pebble Beach.

The 25-year-old Zalatoris has been oh-so-close to winning his first major championship in his fourth season since turning pro.

Ranked 14th in the Official World Golf Ranking, Zalatoris lost in a playoff to Thomas in May’s PGA Championship and finished sixth at the Masters — a year after he placed second at Augusta.

Zalatoris consistently plays well in major tournaments, though he did miss the cut at the U.S. Open last year (when the event was played at Torrey Pines). However, he tied for sixth at the grueling Winged Foot Golf Club in the 2020 U.S. Open, where only one golfer finished under par.

The San Francisco native followed up his playoff loss in the 2022 PGA Championship with a missed cut at the Charles Schwab Challenge, but he bounced back for a fifth-place showing at the Memorial Tournament in early June.

Zalatoris possesses the skillset to excel at The Country Club’s unique, old-school course, as the Wake Forest alum ranks sixth on the PGA Tour in SG: Off the Tee and first in SG: Approaching the Green, which will come in handy with course's small greens — second only in size to Pebble Beach among major championship venues.

His putter has been inconsistent, but if he can put it all together at The Country Club, he could finally get over the hump to celebrate the first major win of his career.

Another European shooter who could contend on Sunday is Irishman Shane Lowry, who ranks 24th in the OWGR. The one-time major winner has been on a tear since back-to-back missed cuts in November, posting three Top-3 finishes (the Honda Classic, Masters, and RBC Heritage), and a total of seven Top-15 results.

Lowry’s best placing at the U.S. Open was a second in 2016 (at Oakmont Country Club), but he has not finished better than 28th in the last three editions of the tournament. However, his third-place finish at this year’s Masters bodes well for his chances at the U.S. Open, as eight of the last 10 winners posted a Top 10 in at least one of their previous two major appearances.

Moreover, seven of the last 10 winners finished 15th or better in one or both of their previous two starts, so Lowry’s T10 in the Canadian Open again makes him a prime candidate to succeed at Brookline.

If he can keep his flatstick hot and his approach game in tune, he can come away with his second major — and first since he navigated an incredibly windy Open Championship at Royal Portrush in 2019. 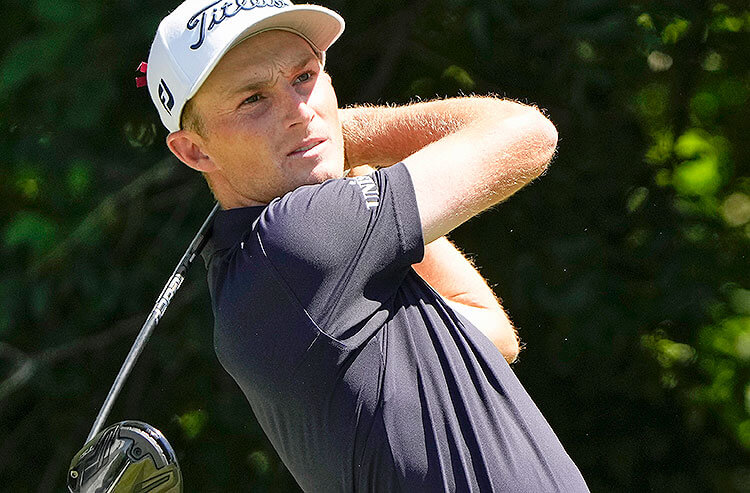 U.S. Open Sleeper Picks: Is it Time for Zalatoris to Grab His First Major W?
Provided by