US Open Round 2 Picks and Predictions: Koepka Still Has Value, Bryson Bounces Back

After a strong Round 1 at Torrey Pines, Brooks Koepka heads into Friday's action at +750 to win. That's the best price he'll be all weekend — and it highlights our US Open Round 2 betting picks and predictions.

More than 40 golfers were unable to finish their opening rounds at the U.S. Open due to darkness — but one thing is clear among the players who did get all 18 in: Brooks Koepka continues to be a threat.

The guy who was more than 60 combined shots better than any other player on tour in major tournaments over the past 5+ years is at it again, opening with a 2-under 69 in challenging conditions at Torrey Pines to sit just two shots off the lead held by Russell Henley and Louis Oosthuizen (who still has two holes left to play in Round 1).

Here are our best U.S. Open betting predictions for Round 2 of the U.S. Open:

US Open Round 2 picks and predictions

The way Koepka is playing, this number probably won't get any better the rest of the way. He was a steady presence on a day when bogeys littered the scorecards of just about every player in the field — carding just two while adding four birdies and looking every bit like a player who lives for these big-ticket tournaments.

He has traditionally struggled on his course, but few players combine his length off the tee with a sensational approach game and consistently strong putting.

Rahm will be a popular outright play after getting off to a great start, but in the event that he falls short to Koepka yet again, we're covering our bases here by taking him as the low European while those odds are still strong.

Rahm trails Francesco Molinari and Spanish countryman Rafa Cabrera Bello by a shot heading into Friday but he should have a much better time of it in Round 2 after carding three bogeys over his first six holes Thursday. Look for Rahm to top the European contingent this weekend.

It was a rough Thursday for DeChambeau, who had six bogeys and was visibly rankled as the round went on as he struggled mightily with his irons. But he's one of the best bounce-back players on the tour and ranks 11th overall in second-round scoring average (69.31), so we won't be surprised in the least to see him rebound in a big way as he looks to avoid what would be a humbling missed cut.

Matsuyama is a tough opponent but at even money, the price on Bryson is too good to pass up.

Kokrak entered the U.S. Open as one of the trendier underdog plays — and certainly looked the part for most of his opening round, sitting at 1-under through his first 14 holes before carding a double-bogey on the par-4 sixth and finishing his round with another bogey on the par-5 ninth.

Still, the results were promising overall and with the driver and putter looking sensational so far this season, Kokrak has the skills to make a move Friday (or at the very least, improve upon his opening-round 73).

US Open Round 2 betting card

Where can I bet on the US Open? 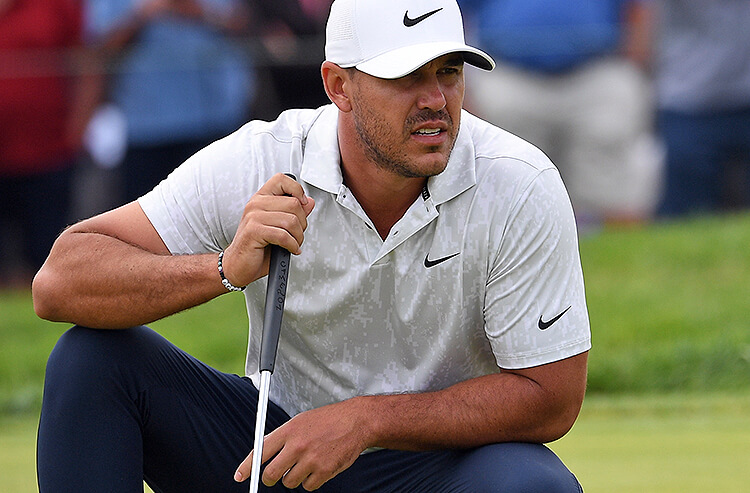 US Open Round 2 Picks and Predictions: Koepka Still Has Value, Bryson Bounces Back
Provided by

The CJ Cup Odds: The Stars Are Finally Back In Action
Jared Hochman | Jan 1, 0001