A handful of big names won't be playing the weekend at Augusta National – and that should make your Masters Round 3 picks a little more intriguing.

While Justin Rose cashed our Round 2 leader prop by the slimmest of margins following an even-par 72, the weekend field will be without Dustin Johnson, Rory McIlroy and Brooks Koepka among others. Rose sits at seven-under through 36 holes, one shot better than Brian Harman and first-time participant Will Zalatoris, who should see himself as a popular choice in Masters picks moving forward.

Here are our best bets for Round 3 of The Masters.

Masters Round 3 Picks and Predictions

Spieth is officially close enough to the top of the leaderboard that we feel confident he'll close the rest of that gap with a strong Saturday performance. After leaving several shots on the course in Thursday's opening-round 71, he had no such problem on Friday, carding four birdies against just one bogey en route to a four-under-par 68 that has him just two shots off the pace.

Spieth is showing the kind of form that led him to four Top-3 finishes at Augusta in a five-year span from 2014-18, and that's very bad news for the rest of the field. Armed with a re-worked swing and past apparent health issues that contributed to a prolonged slump, look for Spieth to improve upon his 70.6 career third-round scoring average at the Masters and take the lead — so take advantage of his Masters odds now.

It has been 42 years since a player won the Masters in his first-ever appearance at the major. And while Zalatoris still has a mighty hill to climb – and a host of challengers to fend off – he's in as good a position as any since Fuzzy Zoeller's incredible 1979 run. Zalatoris racked up five birdies on the back nine Friday to earn a share of second place with 36 holes left to play.

While this isn't exactly a regular TPC course, the fact that Zalatoris ranks 30th on tour in Round 3 scoring average (69.33) certainly doesn't hurt his chances of taking charge on Moving Day. He's fourth on the PGA Tour in SG: Tee-to-Green, and is one of the top lag putters in the field (which will come in handy over the final two rounds, if nobody has already told him).

In this space Friday, we trumpeted DeChambeau's history of following poor rounds with great ones, and he certainly delivered, firing a 67 to recover from that wretched opening-round 76 and make the cut with ease. The question is, now what? And the answer to that question is, nobody really knows – which is why we like Schauffele in this head-to-head.

DeChambeau rolled to a 69 in his third round here last November but had gone a combined six-over in Round 3 over his previous three appearances. Schauffele, meanwhile, has shot even-par or better in all three of his third rounds at Augusta. He's third on tour in putt conversion rate from 10 feet or closer, and sixth in birdie conversion percentage. He's the safer play.

Molinari did well to rebound from a triple-bogey seven on the par-4 fifth hole, birdieing two of his final four holes to squeak in under the cut line. He's in a favorable Saturday matchup against South African star Bezuidenhout, who opened with a 70 but struggled in Round 2, managing just two birdies on the way to a 76 that left him just one shot on the right side of the cut.

Bezuidenhout is playing in only his second career Masters, but a pattern might be developing. The 26-year-old has now played his two opening rounds in five-under, but he's a combined five-over in his two Round 2 performances. Molinari, meanwhile, is a combined nine-under in his last three third rounds at the Masters, and has a much more extensive course history – and that matters to us. 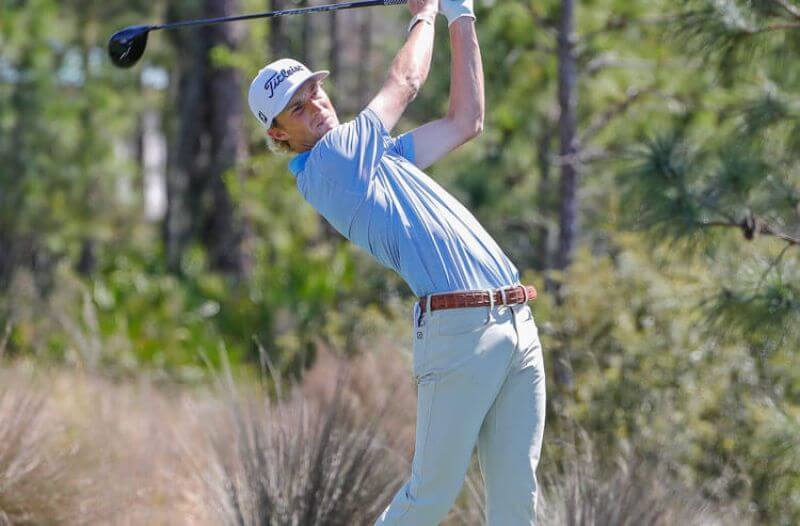