The cut line for the 2021 Masters had been locked in at +3 following Friday's Round 2. There are several big names who will not be around for the weekend.

Oddmakers had set the pre-tournament cut line at +3.5, which meant winning wagers for Under bettors.

There were many high-profile golfers who finished at +4 or higher, missing the weekend at Augusta National. Some notable players outside the cut line include:

Making the cut at the Masters is always a big deal, but Spain's Jose Maria Olazabal stole the show as the feel good story following Round 2. The 55-year-old Olazabal made the cut at +2, his first cut made at Augusta since 2014.

The Masters cut line is key to golf bettors as it determines the outcomes of some head-to-head matchups, whether an outright they bet on makes it to the weekend, and of course, settles the popular cut line prop bet.

The cut rule at the Masters for 2021 is the Top 50 golfers plus ties. This follows the rule change that occurred last year.

In 2020, the committee made a change to their longstanding cut rule where only the Top 50 players in the Masters field and ties advanced to Round 3 and 4. Previously, the rule stated that the Top 50 along with anyone within 10 strokes of the lead made the cut.

Here's a look at what the cut line has been since the rule became the Top 50 and those within 10 shots of the lead.

Does the Masters have a cut line?

Yes. The Masters instituted a cut line in 1957 and has had one ever since.

What was the cut line for the Masters?

How is the cut line determined at the Masters?

How many players made the cut at the 2020 Masters? 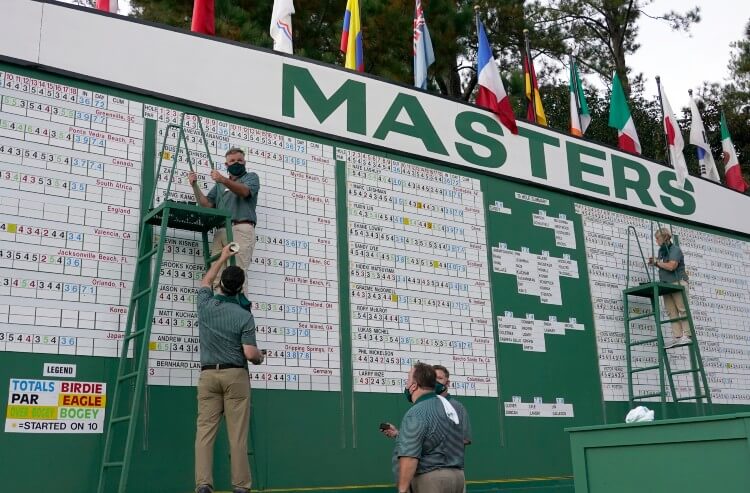