Elks vs Lions Week 9 Picks and Predictions: Edmonton Shredded by BC Again

The CFL was introduced to this high-octane BC offense in Week 1, as Nathan Rourke & Co. tore Edmonton apart. With the Elks returning to Vancouver on Saturday, our CFL betting picks expect the Lions to repeat the same result. 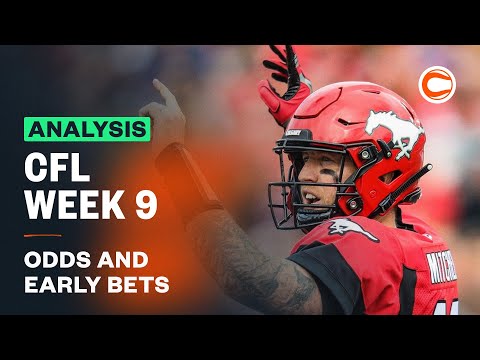 The lone team below .500 in the West, the 2-5 Edmonton Elks look to achieve an upset on the road when they clash with their second-place division mate, the 5-1 BC Lions on Saturday night.

Oddsmakers predict a blowout at the hands of the Lions, who opened as 10.5- to 12.5-point favourites at most sportsbooks.

Can the Elks overcome the odds on the road against the league’s second-best team? Find out with our best free Elks vs. Lions picks and predictions for August 6.

The Lions were listed as high as 12.5-point home favorites at BetMGM, but the line moved in favor of the Elks and settled between 10.0 and 11.0 on Friday. The Over/Under opened as low as 46.5 at FanDuel and has increased to 52.0 at Unibet and BetRivers.

The Over is 6-0-1 in the Lions’ last seven vs. the West. Find more CFL betting trends for Elks vs. Lions.

Elks vs Lions picks and predictions

The Lions own just one loss, to the unbeaten Winnipeg Blue Bombers, and have otherwise dominated their competition with ease.

In Week 1, they clashed with the lowly Elks and handed the visiting team a 59-15 beatdown.

Edmonton has improved over the season, notching a pair of victories over sub-.500 teams in Hamilton and Montreal, but against the West, it’s clearly the bottom of the barrel.

The Elks got trounced 49-6 to Calgary in Week 5 and lost to Winnipeg last Friday, despite racking up 357 yards of offense compared to Winnipeg’s 274.

Penalties and injuries plagued the Elks, who have not won a game on their home turf at Commonwealth Stadium since October 2019.

BC rebounded from its loss to Winnipeg in Week 5 with consecutive wins over Hamilton and Saskatchewan. In Week 8, the Lions ran for 97 yards on the league’s best rushing defense (77.2 yards per game), and Nathan Rourke had a terrific outing, with 336 yards and two touchdowns on 27-of-33 passing.

The Roughriders have one of the worst pass defenses, but Edmonton ranks second in passing yards allowed. The Elks’ glaring weakness is against the ground attack, as they allow a whopping 131.9 rushing yards per contest.

Edmonton also ranks dead last in points surrendered, giving up 34.9 per game. BC, meanwhile, scores 34.7 per night, more than any team in the CFL.

A trip back to BC Place Stadium should be another nightmare for The Herd.

Opposite the Lions, the Elks put up the fewest points on the board per game (18.7) and have averaged 15 points over five games against the West this season.

In Week 1, they got their only touchdown on a 1-yard run by Kai Locksley in the third quarter. The rest of their points resulted from three field goals.

The Lions rushed for 187 yards on 25 carries, with James Butler and Rourke recording two rushing scores apiece. Rourke also piled on three touchdowns through the air and threw for 282 yards while failing to complete just three of his 29 passes.

If Saturday’s game is anything like the last between these two, the Lions will have no issue reaching the end zone and may just put the total Over 51.5 all by themselves.

If Week 9 is, in fact, a repeat of Week 1, the BC defense will also have its way and prevent Edmonton from doing anything on the ground.

The Elks rank second to last in both rushing and passing yards, and have scored more than 20 points against a team in the West just once this season, when they posted 23 in a Week 3 loss to Calgary.

Their other divisional matchups saw them tally 15 against BC (Week 1), 16 against Saskatchewan (Week 2), six in a road rematch with Calgary (Week 5), and 10 against Winnipeg (Week 8).

With the Lions second only to the Blue Bombers in points allowed per game, the Elks’ chances of surpassing the 20-point mark aren’t good on Saturday. 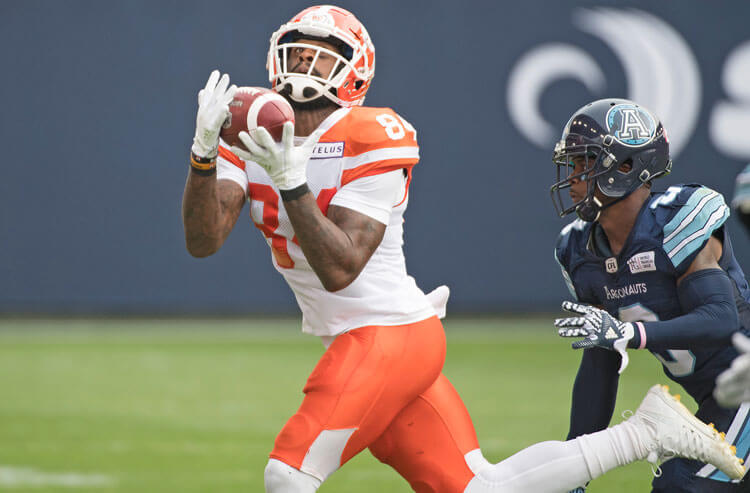 Elks vs Lions Week 9 Picks and Predictions: Edmonton Shredded by BC Again
Provided by