Blue Bombers vs Elks Week 11 Picks and Predictions: First-Place Winnipeg Should Have No Issues With Edmonton

It's tough to beat the same team in back-to-back weeks, but the 8-1 Blue Bombers have a great chance to do just that against the last-place Edmonton Elks. Winnipeg is nearly a two-touchdown CFL betting favorite — but we're not fading the Bombers. 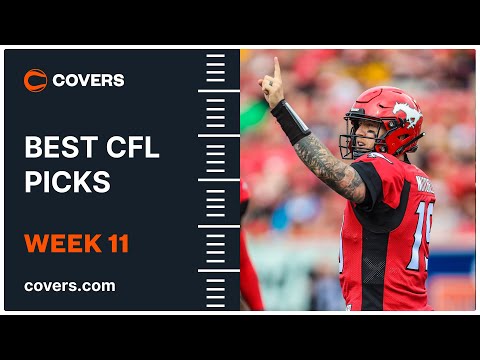 The CFL betting board for Week 11 begins on Friday with a rematch of last week's tilt between the Winnipeg Blue Bombers and Edmonton Elks.

The Bombers routed Edmonton last week and they opened as 14.5-point road favorites before the line shifted to -13.5 for their third matchup against the Elks this season.

Here are our best free Blue Bombers vs. Elks picks and predictions for Friday, October 15, with kickoff at 9:00 p.m. ET.

Edmonton went into Winnipeg last week and got stomped by a final score of 30-3. The Elks offense was manhandled in that contest, surrendering three safeties and generating just 159 yards of net offense.

The Blue Bombers entered this season as the defending Grey Cup champions and they look poised to repeat after rolling to an 8-1 SU (7-2 ATS) start to their year. They have won six games in a row and their last five victories have all been by at least 15 points.

The Bombers have a balanced offense, with Zach Collaros leading the league with 2,355 passing yards while five-time All-Star Andrew Harris is third in the league with 584 rushing yards — despite missing three games with a nagging calf injury. They might be even better on defense, where they hold opposing passers to a league-low 6.5 yards per pass attempt and have surrendered just two passing touchdowns all year.

Edmonton is at the bottom of the West Division with a 2-6 SU and ATS mark and has lost four in a row. The Elks are talented and should be much better than their record indicates but they turn the ball over way too much and have been awful on special teams. That's a very bad sign against a Winnipeg squad that leads the league in turnover ratio at an incredible plus-17.

It's never easy to beat the same team in back-to-back weeks (see the Bombers trip to Toronto in August or Edmonton's Week 6 rematch with the Stamps), let alone cover a two-touchdown spread on the road.

That said, it's tough to trust the Elks given how badly they were smashed in Week 10 and the fact that the final score could have been even more lopsided — if the Bombers had been better at the goal line and kicker Ali Mourtada hadn't missed three field goals.

The total for last week was at 47.5 but with the Elks getting shut down, the O/U is installed at 42.5 for Friday's showdown.

The Elks have a solid stop unit but they rank second-last in the league in scoring defense (26.9 ppg allowed), thanks to repeatedly having a short field to work with. That's bad news against a Bombers offense that has scored at least 30 points in four straight games and left points on the field in Week 10.

The Bombers have been an Under machine this season but two of their last four games on the road have easily cashed the Over. That includes their Week 7 matchup in Edmonton where they gave up 377 total yards and 22 points to the Elks, who had rookie Taylor Cornelius at the helm.

Cornelius will be back at QB on Saturday after Harris was demoted following an atrocious performance last week. He has some dynamic weapons around him, including James Wilder at running back and Greg Ellingson out wide. While we don't see Cornelius having a great game against this dominant Bombers stop unit, he should be able to do enough to help put this game over the low total. 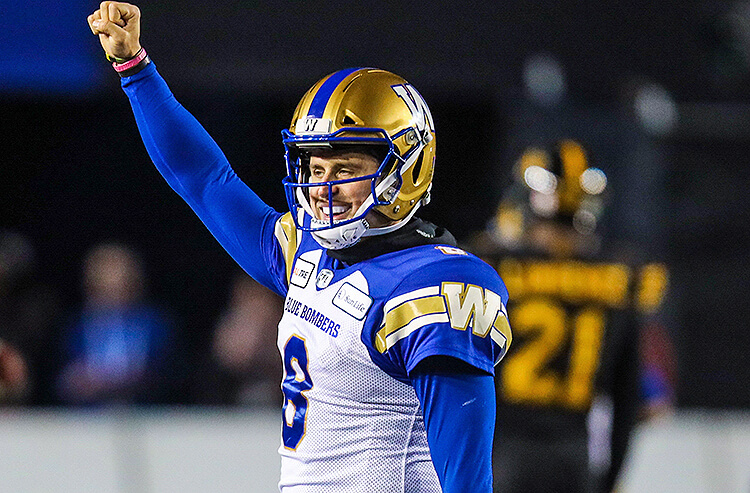 Blue Bombers vs Elks Week 11 Picks and Predictions: First-Place Winnipeg Should Have No Issues With Edmonton
Provided by

Blue Bombers vs Stampeders Week 16 Picks and Predictions: Back The Stamps In Potential Backup Battle
Rohit Ponnaiya | Nov 16, 2021
About Us
Contact Us
Careers
Our Team
Brand
Testimonials