Perhaps overshadowed by Mbappe’s brilliance, Griezmann has still made several important contributions to France’s World Cup campaign and is +1000 to win the Golden Ball.

After a month of thrills and high drama in Russia, the World Cup will draw to a close when Croatia and France meet in Sunday’s final, where one of the two European nations will succeed Germany as world champions.

Of course, like any World Cup, there have been impressive team performances, but certain players within those teams have stood out, catapulting them into contention for the prestigious Golden Ball award.

The Golden Ball is given to the standout player of the tournament and here, our friends at Football Whispers look at the five players in with a chance of scooping the prize. 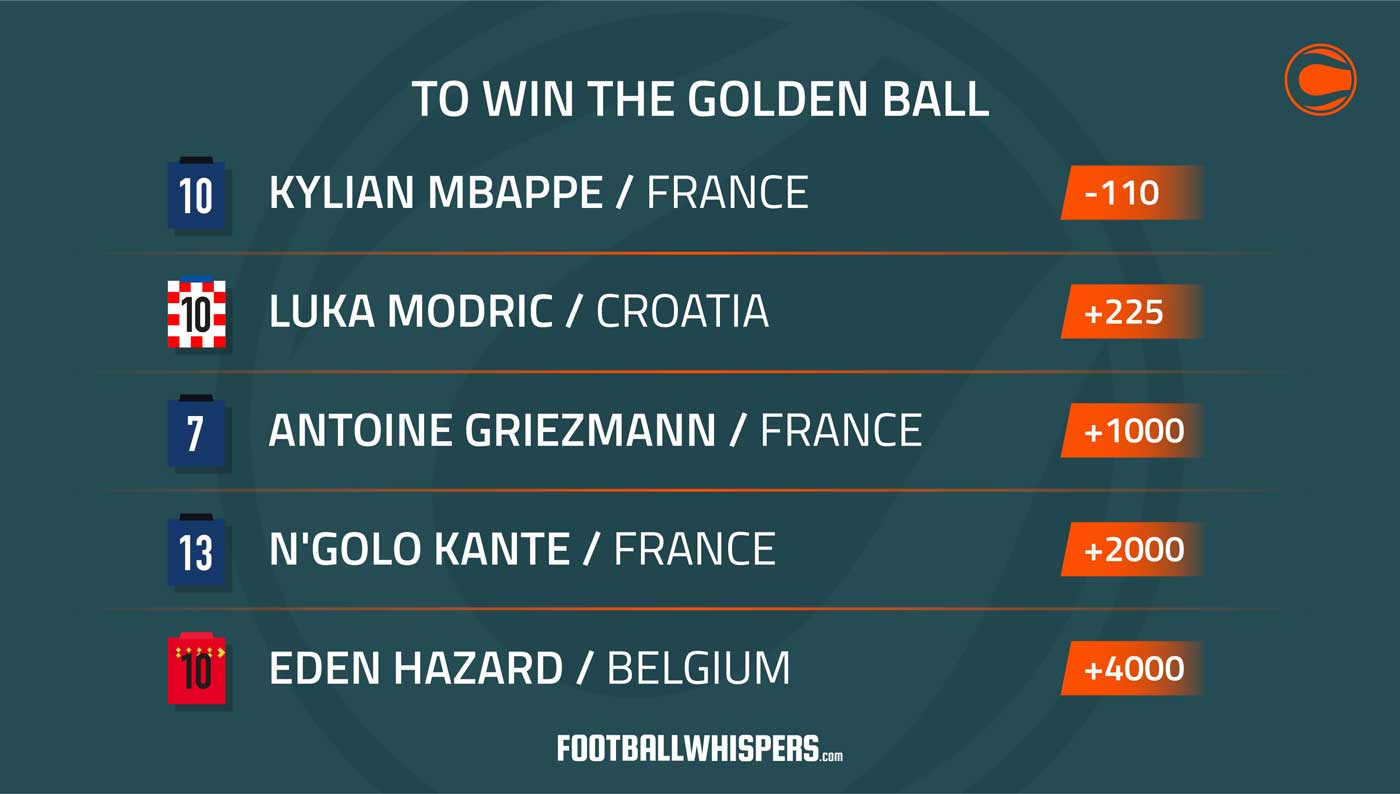 Already a shoe-in for the Best Young Player award, the exciting Frenchman is currently the -110 favourite with bet365 to claim the Golden Ball.

The PSG star scored the winner against Peru in France’s second group stage match before producing arguably the best individual performance of the tournament against Argentina in the Round of 16.

Mbappe tore through the South Americans, winning an early penalty before bagging himself two goals in a thrilling 4-3 win.

The Croatia captain has poured everything into his country’s run to the final.

At 32 years old, Modric will be feeling the strain having played 359 of a possible 360 minutes in Croatia’s three knockout games, but another colossal shift against France on Sunday may mean he goes one better than compatriot Davor Suker, who won the Silver Ball in 1998.

He has also netted two goals and provided one assist and his spirited performances are enough to put him at +225 to win the Golden Ball.

The top scorer at the European Championships in 2016, the Atletico Madrid forward has continued his fine tournament form for France with three goals and two assists in Russia.

Perhaps overshadowed by Mbappe’s brilliance, Griezmann has still made several important contributions to France’s World Cup campaign and is +1000 to edge his young compatriot to the Golden Ball.

The 27-year-old got their tournament up and running by netting a penalty against Australia. He converted from 12 yards against Argentina, too, before a Fernando Muslera howler gifted him a third goal against Uruguay.

Griezmann also found Samuel Umtiti from a corner in the semi-final against Belgium, claiming an assist as Frane booked their place in the final.

Arguably the Premier League’s most consistent player over the last three seasons, Kante has replicated his impressive club form on the international stage.

He has played every minute in France’s run to the final and has been typically brilliant as Les Bleus’ primary ball-winning midfielder.

Kante has averaged 3.16 interceptions and 2.33 tackles per 90, while he has made more ball recoveries than any other player at the tournament with 48.

With the exception of Oliver Kahn in 2002, the Golden Ball is usually awarded to attacking players but if anyone deserves to break that trend, it’s Kante, who is +1600 to win it.

It wasn’t to be Belgium’s year but Hazard has enjoyed a stellar tournament. The 27-year-old has claimed two goals and notched two assists while his excellent performance level was a big factor in the Red Devils reaching the semi-final.

Hazard proved a nightmare for defenders, averaging more successful take-ons than any other player with 6.93 per 90.

And in the impressive quarter-final win over Brazil, Hazard completed all ten of his attempted take-ons.

Belgium’s elimination has hurt Hazard’s chances of winning the Golden Ball. He is currently +4000 with bet365 but if he dazzles once more in the third-place play-off match against England, it will be difficult to overlook him.

Looking to cash in on the 2018 FIFA World Cup? We can help. Click HERE to get winning picks all tournament long! 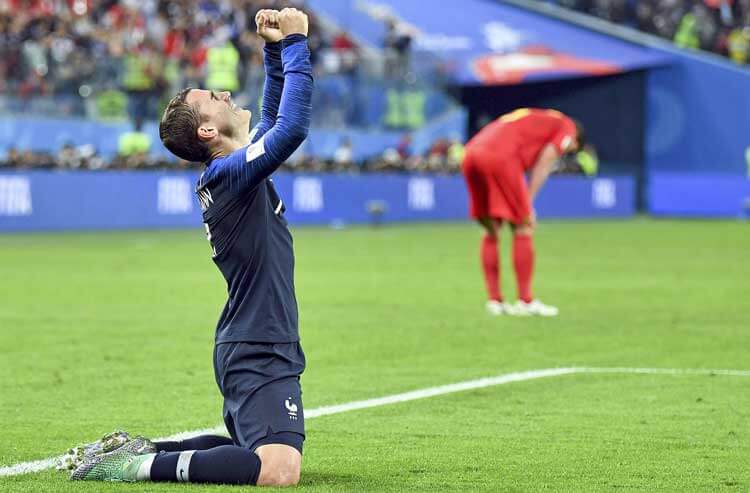