A'ja Wilson had a storybook 2022 season, winning her first championship on top of being crowned MVP. With the market awaiting a reset for 2023, check out the closing WNBA MVP odds below.

WNBA MVP odds were a tightly-fought race in 2022, with A'ja Wilson and Breanna Stewart battling neck-and-neck for most of the season.

In the end, it was Wilson who not only captured the trophy, but took home Defensive Player of the Year and helped lead the season-long WNBA Championship odds leader Las Vegas Aces to the WNBA championship.

Stay tuned for analysis on 2023 WNBA MVP favorites — coming when market is live!

Most sportsbooks will display odds in the American format as listed above.  If a player becomes a very strong favorite, their odds will be listed with a minus (-) sign ahead of the number.

Looking to do some WNBA betting? Here are two of the best bonuses* available:

Here are some trends you'll want to keep in mind when betting on WNBA MVP odds:

A quick look at the last 10 WNBA MVPs, their position, and the team they played for. A'ja Wilson joined Elena Delle Donne as the only two-time winners over the past decade.

Favorites for the 2023 WNBA MVP will be listed when the market becomes available. 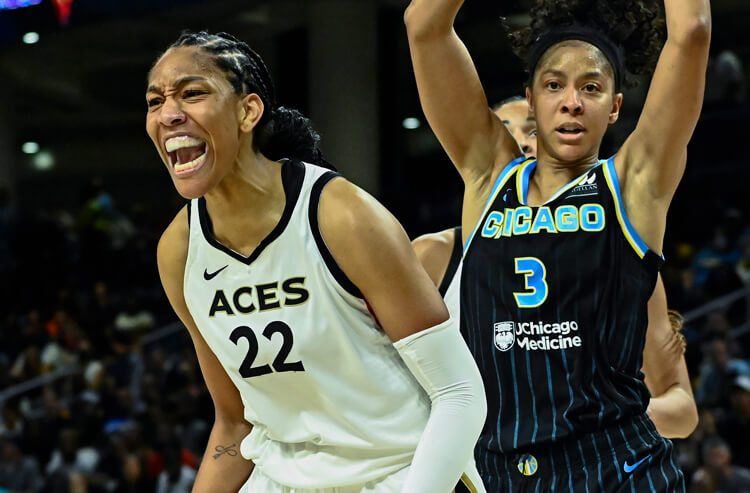