After being upset by Dustin Poirier at UFC 257 in January, Conor McGregor is now a slight -104 underdog to avenge that defeat at the main event of UFC 264—the third bout between these fighters. Check out our Poirier vs McGregor 3 picks for our predictions. 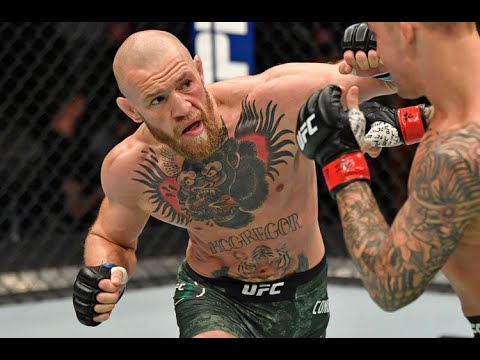 Dustin Poirier vs. Conor McGregor is the main event for UFC 264 betting on July 10 at T-Mobile Arena in Las Vegas.

This is a highly anticipated trilogy fight following Poirier's upset win over Notorious at UFC 257 in January.

With the two lightweight contenders splitting their first two bouts, oddsmakers are expecting a close fight in the rematch, as UFC betting lines opened with McGregor as a slim -111 favorite and Poirier at -108. Just over a week out from the fight, Poirier is now a slight favorite.

Here are our best free UFC 264: Poirier vs. McGregor 3 picks and predictions for July 10.

Read on for analysis

USA: $25 risk-free bet on either fighter at PointsBet. Claim Now.

Conor "Notorious" McGregor and Dustin "The Diamond" Poirier first squared off in the featherweight division in 2014, with McGregor winning via first-round knockout.

Poirier avenged that defeat with a second-round TKO win against McGregor in January and he is now 7-1 with a no-contest in his last nine fights.

The 32-year-old is a very strong all-around fighter that combines high-level boxing with good grappling ability.

McGregor has a career MMA record of 22-5 with 19 knockouts but has fought in the UFC just three times since 2017 as the Irishman has pursued interests outside the octagon.

Prior to his defeat against Poirier, McGregor flashed his trademark striking ability with a 40-second knockout of Donald Cerrone in January of 2020.

Notorious can attack in a variety of ways and overwhelms opponents with his pressure and explosive power.

Poirier vs McGregor 3 tale of the tape

PREDICTION: McGregor to win (-111) - Despite McGregor's hype, I bet on Poirier at +265 in their previous meeting because I didn't think the odds were anywhere near an accurate reflection of the small disparity between these two fighters.

But now that these odds are close to a pick'em, there is plenty of value in backing McGregor coming off a loss. Keep in mind that Notorious displayed his elite striking for much of the first round at UFC 257, landing some heavy shots with his left hand and rocking Poirier with shoulders in the clinch.

The big problem for McGregor was that he didn't defend Poirier's calf kicks. In the second round, McGregor started to check a few of those leg kicks and even got his timing down and caught two of them, but the damage had already been done. Notorious eventually lost his mobility and was starched by a flurry of punches from Poirier.

One thing that I really liked about McGregor was his attitude after the loss, admitting that "you don’t get away with being inactive in this business." He seems to have a renewed focus on the sport and if he learns from his mistakes in January and adapts to those low kicks he has the talent to win this.

PREDICTION: Poirier by submission (+950) - While I think McGregor ends up taking this bout, I also think there is value in sprinkling a little bit of money on Poirier to win via this prop bet.

The Diamond has seven submission wins and while most of those came earlier in his career, he has been making plenty of attempts lately.

Poirier had a pair of submission attempts against Eddie Alvarez in 2018, made four attempts versus Dan Hooker last year, and even had a tight guillotine choke against Khabib Nurmagomedov, which the former champ escaped from.

It would be very tough for Poirier to win with the same blueprint he used in January so expect him to use his grappling advantage in this bout. With four of McGregor's five career losses coming by submission, don't be shocked if that happens again.

PREDICTION: Fight to start Round 3 - Yes (+102) - The first two fights between these stars ended early but there's reason to think this bout might go a bit longer. At UFC 257 Poirier showed how much his durability has improved since that early-career knockout by McGregor and he ate some big shots while slowing down the striking exchanges with his wrestling ability.

Expect McGregor to be a bit more sound defensively himself as he should be more cautious about trying to walk through Poirier's strikes and will look to defend those calf kicks. I don't think this fight lasts anywhere near the full 25 minutes but being able to bet it to go at least 10 minutes at plus money is worth it. 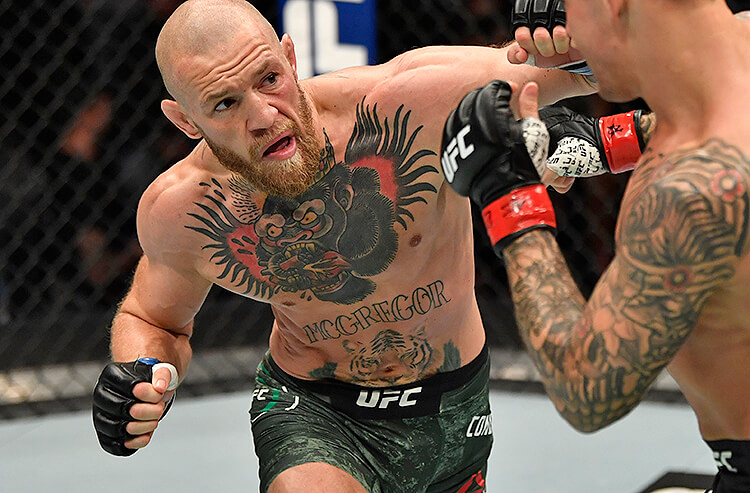