Deiveson Figueiredo and Brandon Moreno faced off in one of the most thrilling bouts of 2020, and UFC betting odds have tightened for the rematch. Find out why the champ should finish the job this time without going to the cards.

Deiveson Figueiredo vs. Brandon Moreno is the co-main event for UFC 263 betting on June 12.

This should be a fantastic rematch after the two flyweights battled to a draw in December in one of the best fights of the year.

Moreno will challenge Figueiredo for his 125-pound title once again and UFC betting lines have the champ installed as a -250 favorite, while Moreno comes back at -205.

Here are our best free Figueiredo vs. Moreno 2 picks and predictions for UFC 263 on Saturday, June 12 from the Gila River Arena in Glendale, Arizona.

Odds courtesy of FanDuel Sportsbook as of June 8, 2021.

Deiveson Figueiredo entered the first matchup with Moreno as a -325 fave, but his odds have shortened after the challenger pushed him to a majority draw at UFC 256. Prior to that draw, Figueiredo had won four fights in a row and had made one successful defense of his belt, a first-round submission victory over Alex Perez in November.

Figueiredo is 9-1-1 at the UFC level with seven of his nine wins coming via finishes. The man nicknamed "Deus Da Guerra" (Portuguese for “God of War”) has terrific size and power for this weight class, along with top-notch submission skills.

Brandon "The Assassin Baby" Moreno earned his first title shot after knocking out Brandon Royval in November. Moreno is 4-0-2 over his last six fights, with his other draw during the span coming against current No. 2 ranked flyweight contender Askar Askarov.

Despite being just 27 years old, Moreno has 25 MMA fights under his belt and three of his five career defeats came when he was still a teenager. He's a very well-rounded fighter that combines high-level grappling with crisp boxing and a granite chin.

Figueiredo vs Moreno 2 tale of the tape

PREDICTION: Moneyline Figueiredo (-250) - Although the first fight between these two was ruled a decision, Figueiredo took the fight on one judge's card (48-46) and won three rounds to two on the other cards, but had to settle for a 47-47 score because he had been deducted a point for a low blow.

Figueiredo had a very slim 137-132 edge in terms of significant strikes, but his shots definitely landed with more power, snapping Moreno's head back on several occasions.

And while both fighters had fought just three weeks earlier, such a quick turnaround might have been more draining for Figueiredo, who is the heavier fighter and typically has a tougher time making weight.

Moreno is certainly capable of grinding out a decision win with another tough performance. However, he didn't really threaten Figueiredo with submissions on the mat and will run the risk of getting finished himself whenever he trades in the pocket. Figueiredo simply has more paths to victory, and if he stays disciplined, should be able to get the win.

PREDICTION: Figueiredo by KO/TKO or submission (+140) - Moreno has never been finished in his career but he also rarely faces a flyweight with the stopping ability of Figueiredo.

Of Figueiredo's 20 wins, 17 have come within the distance. And he has racked up seven knockdowns and eight submission attempts in his last 80 minutes in the octagon. Although he didn't have a single knockdown or sub attempt in his previous bout against Moreno, it's simply a matter of time for the champ.

PREDICTION: Fight to go the distance No (-106) - The first fight between these two went the full five rounds but both fighters were barely standing by the end of it. I would be surprised if they could take that level of punishment again.

Before that draw, Figueiredo had ended his previous four fights within the first two rounds. Don't expect this one to go 25 minutes. 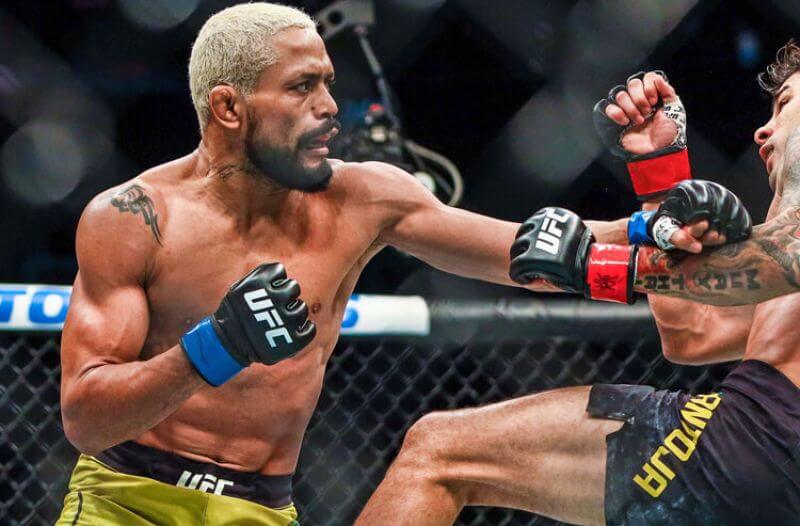