Adesanya vs. Vettori is the main event at UFC 263. Adesanya earned a split-decision victory over Vettori when they faced off against each other back in 2018. Vettori, who took him down twice in the final round of the loss, has won five straight since.

Israel Adesanya vs. Marvin Vettori is the main event for UFC 263 betting on June 12.

This should be a terrific rematch after Vettori pushed Adesanya to a split decision three years ago, shortly before the latter claimed the middleweight championship.

Now the Last Stylebender will put his title on the line against the Italian Dream and UFC betting lines opened with Adesanya as a -275 favorite.

Here are our best free UFC 263: Adesanya vs. Vettori 2 picks and predictions for Saturday, June 12 from the Gila River Arena in Glendale, Arizona.

Odds courtesy of FanDuel Sportsbook as of June 6, 2021.

The middleweight champ enters this Adesanya vs. Vettori clash fresh off the first defeat of his career when he jumped up in weight class to unsuccessfully challenge 205-pound champ Jan Blachowicz in March. Prior to that loss, Adesanya had gone 20-0 in his MMA career, including a 9-0 record with three middleweight title defenses in the octagon.

Adesanya is a former professional kickboxer with 75 wins under his belt. The Last Stylebender is arguably the best technical striker in the UFC and uses his length, quickness, kicking ability, and deceptive power to devastating effect.

Vettori lost by split decision to Adesanya when they faced off against each other back in 2018. It's worth wondering just how the first fight would have gone had it been scheduled for five rounds.

While Adesanya disrupted Vettori's timing in the first two rounds and landed brutal strikes to his legs, torso, and head, the Italian Dream regrouped and won the third round by taking Izzy down twice.

Since that defeat, Vettori has won five fights in a row to jump to No. 3 in the middleweight rankings. Vettori's most recent win was a dominating unanimous decision victory over Kevin Holland in April where the Italian Dream set a middleweight record with 11 takedowns.

Adesanya vs Vettori 2 tale of the tape

PREDICTION: Moneyline Israel Adesanya (-275) - Although both fighters have improved since they faced off in 2018, they are still stylistically the same. Vettori is a fighter who excels on the front foot and combines solid boxing with wrestling ability, while Adesanya is a counter-striker that uses feints, diverse striking, and movement to tear up his opponents.

While Adesanya's wrestling weakness was exposed against Blachowicz, Vettori doesn't have the same level of size and strength that the light heavyweight champ does. And that fight took place in the smaller octagon in Las Vegas while this bout will happen in a typical 30-foot diameter cage, which should benefit Adesanya's footwork and distance striking.

Adesanya does have solid takedown defense and that, along with his ability to slip in and out of close range, should enable him to land power strikes on Vettori while avoiding serious damage.

Vettori has good hands but he isn't on Adesanya's level as a technical kickboxer and he doesn't have Izzy's speed, either. With Vettori's aggressive style, expect Adesanya to counter-strike his way to victory again.

PREDICTION: Method of victory - Adesanya by points (+155) - Vettori has never been finished in his career and he has a granite chin. He will also likely attempt to use his wrestling to grind out a victory which should drag out this bout.

Bet on a technical battle and expect Adesanya to use his movement and length to strike at range and pick up the win by decision.

PREDICTION: Fight to go the distance Yes (-136) - Adesanya has enough power to have knocked out formidable foes like Paulo Costa, Robert Whittaker, and Derek Brunson, but he doesn't hunt for KOs. Six of his last nine fights have gone the distance, including four that went the full five rounds.

Vettori isn't known as a finisher, either, with eight of his last nine fights going the distance, including his previous two main-event bouts that went 25 minutes. 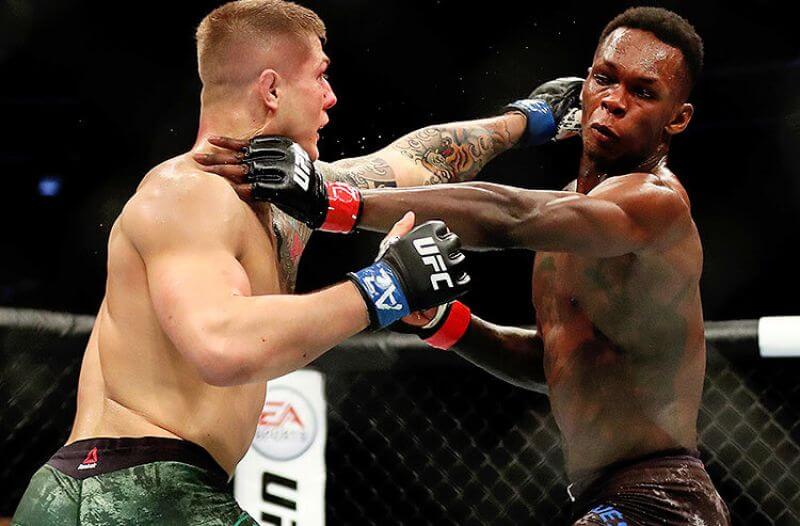 UFC 263 Adesanya vs Vettori 2 Picks: Middleweight Title on Line for Rematch
Provided by