While Neil Magny's best days as a UFC fighter are likely behind him, he still has the tools and durability needed to make things tough on the much younger Shavkat Rakhmonov. Our UFC Fight Night betting picks and predictions suggest just that. 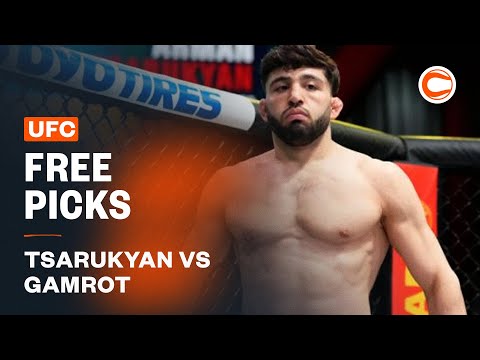 Neil Magny vs. Shavkat Rakhmonov is scheduled for three rounds in the welterweight division as the co-main event of UFC Fight Night tonight in Las Vegas.

Rakhmonov puts his undefeated record on the line against the formidable Magny and could end up being the fight of the night.

The thinking is that Rakhmonov is as good as his record indicates, and UFC odds have instilled him as a big -390 favorite in his toughest fight to date. Magny’s finding himself a considerable underdog at +320 to upset one of the promotion’s brightest prospects.

Here are our best free picks and predictions for UFC Fight Night: Magny vs. Rakhmonov for June 25 from the UFC Apex in Las Vegas, Nevada.

Since turning pro at 19 years old, Rakhmonov has shown an incredible skill set with all of his 15 wins being finishes. His tenure in the UFC is no different, and he looked excellent in handing Carlton Harris in the first stoppage loss of his career. Wanting to waste no time, Rakhmonov called out Magny and will get his shot against a legitimate Top-10 welterweight.

“Nomad” is one of the best finishers in his class, and he sets up his offense with an academic jab before exploding with a power shot when he’s in the right range. He mixes up his stand-up and ground game well, landing 2.94 strikes per minute with 53% accuracy and going for 1.9 submission attempts per fight. As it stands, an average night for Rakhmonov clocks a little over one round per fight.

That’s all fine and nice when facing resume boosters and lesser competition, which Magny is not. After a decade of professional fighting, Magny remains a formidable opponent and has had a decorated career seeing him tie the great Georges St. Pierre for wins in the welterweight division with 19 victories. He has gone 5-1 since ending a two-year sabbatical in 2020.

Magny is a distance fighter who starts slow and comes on strong. While it's looking like he’s slowing down, his mix of experience and durability makes him an interesting challenger for Rakhmonov. The Colorado native may not be any closer to a title shot, but he’s not finished either.

While Rakhmonov should win and is expected to, Magny can’t be counted out and has the tools to potentially give him a rough night. Should Magny escape the initial onslaught, Rakhmonov will have to test his conditioning and his mettle in unfamiliar territory against the best fighter he’s faced up to this point.

Magny vs Rakhmonov tale of the tape

Magny’s recent fights have seen him struggle at times to get going and his most recent defeat to Michael Chiesa saw him comprehensively outwrestled. He’s not the fighter he used to be, and that makes Rakhmonov’s insistence on calling him out all the more reasonable. With Magny starting slow and Rakhmonov always in search of a finishing shot, it seems like the perfect storm for the rising star.

In both the stand-up and ground game, Rakhmonov’s physicality and youth are going to be too much for the measured Magny to handle. Rakhmonov will prefer to keep the fight standing, and he should be able to do that thanks to his solid takedown defense and faster feet. If Magny does have a chance to spring the upset, he’ll have to compromise Rakhmonov’s gas tank early and survive his power.

This is the case of a good fighter coming to terms with his mortality, and as per the script, it’s the younger star bringing him to reality. We like Rakhmonov to win this one.

Prediction: Rakhmonov to win (-390 at DraftKings)

While it isn’t the riskiest bet in picking Magny to win, the smarter choice is betting that he survives.

Recently, both Jiri Prozchaka and Khamzat Chimaev saw themselves stretched in a winning effort against their veteran foes where they were significant favorites. Rakhmonov should find a stern challenge in Magny, maybe to the point where his finishing streak comes to an end.

If Magny escapes the first round, we’re happy to bet on his veteran skills and durability. He may not make it all the way to the end in the face of Rakhmonov’s aggression, but he’ll last long enough where betting the Over makes sense. 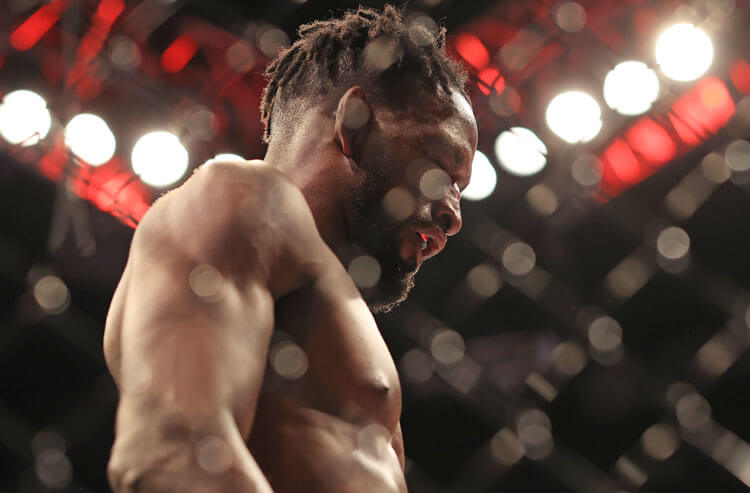