Stefanos Tsitsipas and Alexander Zverev face off in a next-gen showdown in the French Open men's semifinal. Get our best-value tennis betting pick, and see who will take on of the game's greats for the title.

While two of tennis’s all-time greats battle in the other French Open men's semifinal, two of the sport’s rising stars meet in this match as no. 6 Alexander Zverev faces No. 5 Stefanos Tsitsipas.

Covers Experts' resident tennis expert Tennis Insiders breaks down the players and how they match up with our French Open men’s semifinal picks.

Alexander Zverev has quietly worked his way into his first Roland Garros semifinal. He’s playing some of the best clay-court tennis of his career and is another beneficiary of the hot conditions and lighter balls.

Stefanos Tsitsipas is the in-form clay courter of 2021. The Greek phenom is 21-3 on the dirt and won his first Masters 1000 title in Monte Carlo.

His high-margin game is perfect for this surface, and his ability to produce heavy topspin groundstrokes allows him to create angles and construct points beautifully.

Slow, high-bouncing clay negates Tsitsipas’ biggest weaknesses, which are on his backhand swing. Zverev has had some success on faster courts, hitting hard and flat into side due to Tsitsipas’ lack of slice defense, but clay allows him the time to run around his backhand and hit forehands.

This is Tsitsipas’ strongest surface, and he’s been locked in throughout the clay court season. Zverev’s vulnerabilities on the forehand swing should be punished convincingly here. 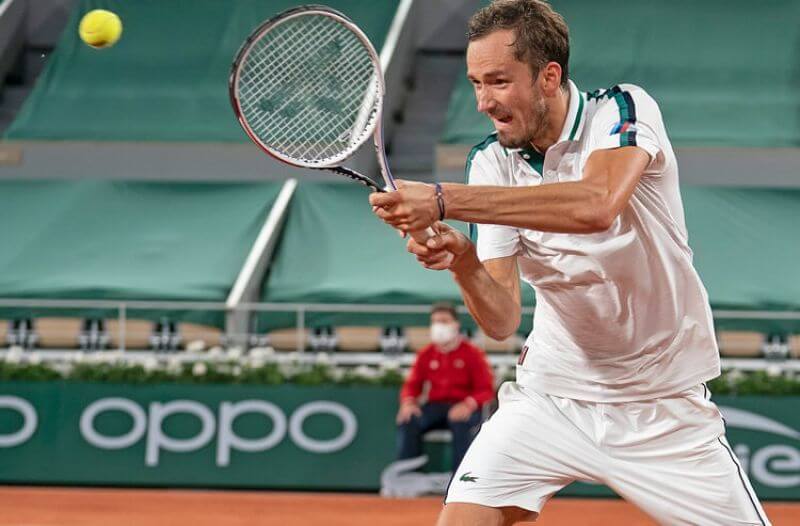