The French Open will see a maiden major winner, in fact, the last time a major had four first-time semi-finalists was in 1978. You could feel the nerves and tension in the air, a golden opportunity now awaits either Anastasia Pavlyuchenkova or Barbora Krejčíková in Saturday's final.

Covers Experts' resident tennis ace, Tennis Insiders, is here to break down the players and how they match up with our French Open women’s final picks.

Anastasia Pavlyuchenkova has reached her maiden final after 52 attempts, a record in the women’s game. She’s done it in style, hitting 174 winners, while the lighter balls and drier conditions have aided her style of play.

Pavlyuchenkova was a Junior No.1 at 14 and while she’s never truly lived up to that prodigious potential, she’s constantly been a dangerous floater in the biggest tournaments. She’s beaten at least one Top 10-ranked player in 12 consecutive seasons.

Krejcikova came back from the brink in her semi-final, saving match point to rally from 3-5 down in the deciding set, prevailing 7-5/4-6/9-7 in 3hrs 18mins.

The Czech was ranked outside of the Top 100 only nine months ago, but the development of the 25-year old’s game has been fascinating to watch.

Krejcikova is also in the doubles semi-final and only one player has won both events at the French Open: Mary Pierce in 2000.

This is the first final for both players, who will also play each other for the first time in a matchup that will be fascinating to observe.

Krejcikova’s style is filled with variety. She creates beautiful angles with her forehand while she can also change the pace/spin of the balls regularly, preventing opponents from gaining a set rhythm and tempo in the rally.

Krejcikova also loves to absorb her opponents’ pace. This presents Pavlyuchenkova with a problem, as she’s one of the biggest hitters on the tour, however, she proved against Zidansek that she could dial in the big-hitting and play with more finesse.

Krejcikova’s played some clutch tennis throughout the tournament, but she has admitted to suffering from huge bouts of nerves, and that has been clear to see. 58 unforced errors versus 31 winners in her semi-final is not a stat she’ll want to repeat on Saturday.

Physical & mental freshness could also be an issue, as she’s spent over five hours on the court for her quarter & semi-finals and she faces another quick turnaround with her doubles semi-final scheduled for Friday.

This might be Pavlyuchenkova’s first time in a major final, but she has more ‘big match’ experience and has played some really composed tennis throughout this tournament. If she can capitalize on some early nerves and find favorable patterns in this matchup, she could finish this quickly. 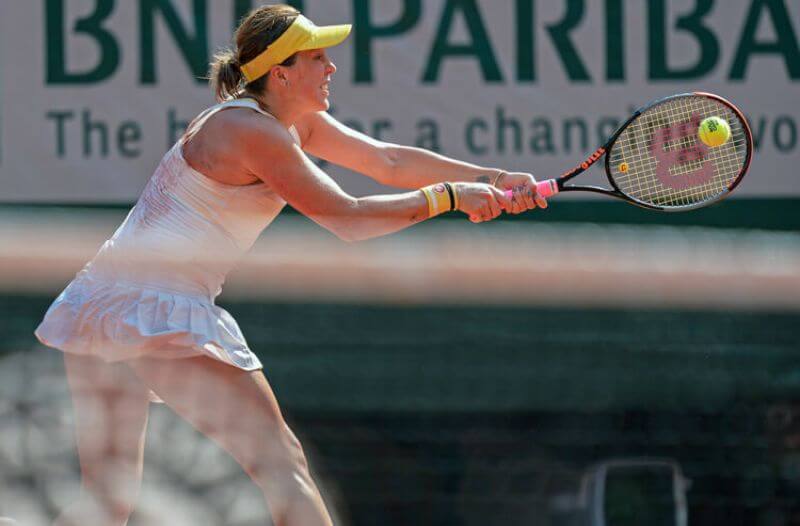