Novak Djokovic is one step away from vying for a 20th major title at Wimbledon. Standing in his way is Denis Shapovalov, who may be outclassed against one of the best ever. Find out your best bets for this match with our Wimbledon men's semifinal picks.

With the defeat of Roger Federer in the quarterfinal, Novak Djokovic is the only major winner still in the draw, and is now an even hotter favorite to claim a 20th major crown. Matteo Berrettini is the only other player with semi-final experience at this level, as Denis Shapovalov & Miami Masters champion Hubert Hurkacz enter the final four for the first time.

Djokovic continued his Wimbledon campaign with a relatively straightforward victory against Marton Fucsovics in the quarterfinal, his performances haven’t been amazing, but as we’ve so often seen in past slams, Djokovic can quickly ramp up the gears when a challenge presents itself.

Shapovalov is thriving in the second week, with the grass harder and conditions slightly slower, allowing him more time on his groundstrokes. Shapovalov’s shot selection has often been his undoing, as he has the ability to strike winners from anywhere in the court, but patience and point construction will be essential. His ball toss can also be erratic, and he needs to be zoned-in from the start, any serving miscues will be pounced upon by Djokovic.

Djokovic leads the head-to-head 6-0, with Shapovalov winning just two sets out of fifteen. Shapovalov’s best chance against Djokovic arguably comes in slower, higher-bouncing conditions, Djokovic’s ability to absorb pace and his ridiculously accurate backhand are extremely difficult obstacles for Shapovalov to overcome, especially Djokovic’s flat backhand, which will stay low and potentially upset the timing on Shapovalov’s groundstrokes. Shapovalov needs the best serving performance of his career against the greatest returner of all time. 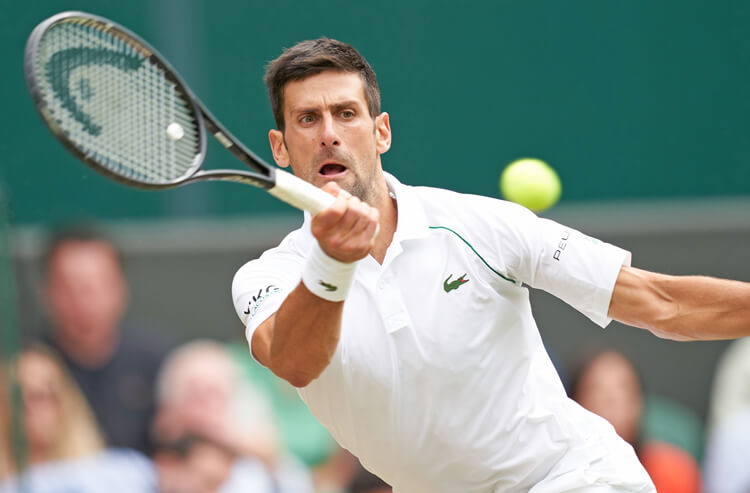 Djokovic vs Shapovalov Picks for Wimbledon Men's Semifinal
Provided by