Ashleigh Barty and Karolina Pliskova are set to battle for the Wimbledon crown on Saturday. We preview the match and your best tennis bets with our Wimbledon women's final picks.

Ashleigh Barty is the first Australian to reach the ladies' final since Evonne Goolagong in 1980, while Karolina Pliskova plays her second major final and first since 2016.

A deep run at Wimbledon has always been highly touted for the 25-year-old. She won the junior event here 10 years ago and is a natural on this surface. Her serve is excellent and her preference to slice her backhand pays dividends on a grass court, where the ball zips through and stays low.

Her performance in the semi-final against Angelique Kerber was superb, as she won 88 percent of first-serve points against one of the best counter-punchers on tour, showing just how devastating her serve can be despite her small stature.

Pliskova’s big serve and flat ball striking are a natural fit for grass and she’s reached five finals on the surface, however, her best result at Wimbledon prior to 2021 was the 4th round. She has admitted that her ability on the surface had placed greater pressure on her shoulders for success at this event.

Pliskova’s resilience was severely tested in her semi-final, she missed eight break point opportunities in the first set before Sabalenka pounced on her first chance. In previous years, Pliskova would likely have tilted in the second set but she showed fantastic mental strength to regroup, she didn’t face a single break point across the 2nd & 3rd sets.

Barty leads the head-to-head 5-2, but this has been a fascinating matchup filled with close encounters, with two of Barty’s wins coming via deciding set tiebreakers. Maintaining efficiency on serve will be crucial for both: Pliskova is No.1 in the ace list while Barty is No.3, and both will struggle to make a huge impact on return if they maintain this level.

Barty’s block return and use of slice can force Pliskova to hit plenty of low-bouncing balls, something that hasn’t been her strength in the past. But, she’s developed a nice slice of her own while she’s become more comfortable coming to net, despite these improvements, she won’t want to get involved in too many cat & mouse exchanges. 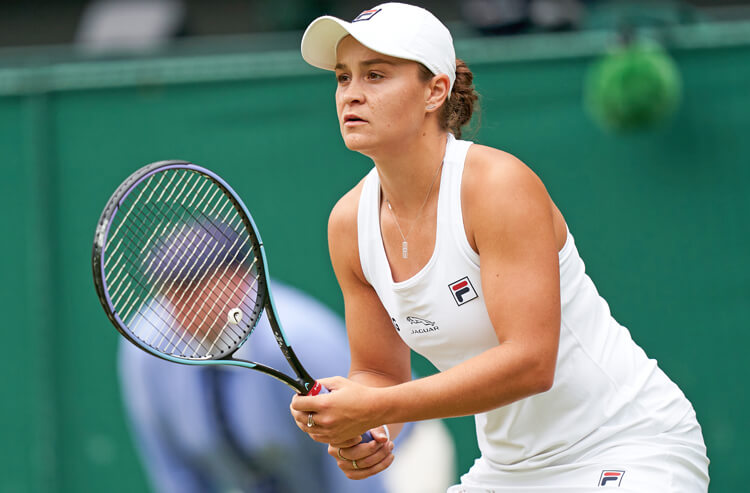 Barty vs Pliskova Picks for Wimbledon Women's Final
Provided by