There doesn't appear to be a quarterback controversy in Philadelphia.

Washington went to the wire with testing in hopes of having Taylor Heinecke or his primary backup, Kyle Allen, available. But neither player cleared protocols Tuesday and the Washington Football Team is going with Garrett Gilbert in the primetime affair.

The change allowed Hurts additional time to recover from an injured ankle. If he isn't healed, it will be Gardner Minshew II lining up under center for the second straight game. On Dec. 5, Minshew threw two touchdown passes in a 33-18 victory over the New York Jets.

Minshew and Hurts were scheduled to split reps at practice this week, according to head coach Nick Sirianni.

"I don't know what exactly is going to happen, just like I didn't know last week exactly what was going to happen," Sirianni said. "So you want to make sure you're covered if one guy can't play. ... We're going to do what we need to do in walk through, how we divvy up the reps. Like last walk through, both Gardner and Jalen got reps and we'll do the same thing and we'll see how everything goes."

The Eagles (6-7) remain in contention for a playoff berth and would really strengthen their case with a win over the Washington Football Team (6-7).

Sirianni added that key injured players Jason Kelce (knee), Miles Sanders (ankle) and Jordan Howard (knee) aren't guaranteed to play but are improving each day and now have a few extra days to work with.

"We'll see how the week continues to go," Sirianni said. "We're hopeful for all of those guys."

Heinicke had already been questionable with ankle and elbow injuries suffered in last week's 27-20 loss to the Dallas Cowboys and then reportedly tested positive Friday.

"I threw the ball at practice, and the elbow didn't hurt while I was throwing," a hopeful Heinicke said before his COVID diagnosis.

Head coach Ron Rivera coached Gilbert in Carolina as coach of the Panthers.

Three days before the game, the Washington Football Team had 24 players in health and safety protocols.

Chase Young has already been lost for the season with a torn anterior cruciate ligament.

The team will likely look vastly different for this crucial NFC East matchup.

"I wouldn't say it's insurmountable, but it will test your depth more than anything," Rivera said. "That's where you get concerned."

Washington still nearly pulled off an improbable comeback win after falling behind 27-8 to the Cowboys. The defense intercepted Dak Prescott twice and was relentless down the stretch before falling just short.

Another tough divisional game awaits. Before testing positive, Heinicke talked about the team's resiliency and confidence. He said the team felt good about its chances. But there is no precedent for having nearly half the roster in protocols.

"We have dealt with adversity all year," Heinicke said.

Washington will look for its third straight victory over the Eagles for the first time since winning five in a row from Dec. 20, 2014 to Dec. 11, 2016.

Under is 4-0 in Football Team last 4 games following a ATS loss.

Under is 4-0 in Football Team last 4 games following a straight up loss.

Under is 6-0 in Football Team last 6 games in December.

Under is 7-1 in Football Team last 8 games overall.

Under is 7-1 in Football Team last 8 games as an underdog.

Eagles are 0-4 ATS in their last 4 games after scoring more than 30 points in their previous game.

Under is 13-3 in Eagles last 16 home games vs. a team with a losing road record.

Under is 4-1 in Eagles last 5 games following a bye week.

Eagles are 4-1 ATS in their last 5 games as a favorite.

Football Team are 2-6 ATS in their last 8 meetings.

Over is 5-2 in the last 7 meetings in Philadelphia.

Play For Free
Line Movement
Full Line Movement
Terminology
Terminology
A Look Back displays a variety of recent results, stats and head to head meetings that reflect past and upcoming matchups.
Total Yards / Per Play Yards displays the team’s performance for a matchup and also shows the difference against the opposition for that specific matchup in brackets.
Terminology
Stats Analysis displays a deeper dive on head to head stats / categories and includes the league average for comparison.
Terminology
Odds Analysis displays ATS or O/U records and stats in different situations.
Know Who'll Cover Between:
Washington -vs- Philadelphia? 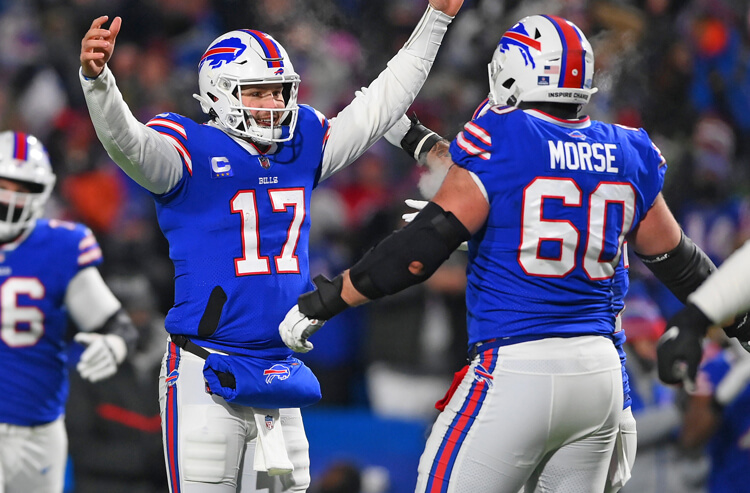 Rams vs Buccaneers Divisional Round Picks and Predictions: Gunslinger Showdown on the High Seas 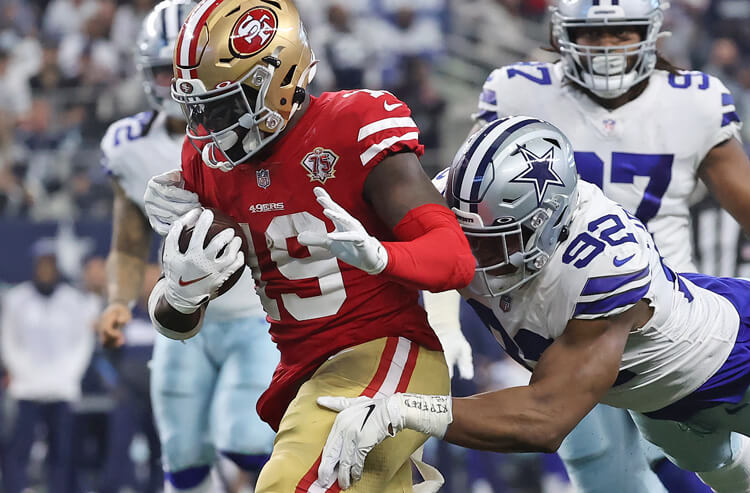