Newton was playing his first home game with the Panthers since 2019. He was signed before last weekend's upset victory at Arizona.

Yet it was a good homecoming for Washington coach Ron Rivera, who guided the Panthers to the Super Bowl in the 2015 season. He was fired during the 2019 season.

Heinicke completed 16 of 22 passes for 206 yards for Washington (4-6). Terry McLaurin made five catches for 103 yards and a touchdown, and Antonio Gibson gained 95 yards on 19 carries.

Newton threw for 189 yards on 21-for-27 passing with two touchdowns.

The Panthers failed to pick up a first down on their ensuing possession. By the time Slye kicked a 29-yard field goal with 1:54 left, Carolina was out of timeouts.

The Panthers had one first down before Newton was sacked on fourth down, sealing the outcome.

Carolina had tied the game on Newton's 27-yard pass play to McCaffrey with 10:44 remaining in the fourth quarter. That march, which covered 91 yards in seven plays, was just the Panthers' second possession of the second half.

Washington took its first lead on the first possession of the second half. A 10-play drive concluded on Heinicke's third-down pass to DeAndre Carter for 4 yards.

That drive took 5:39 and came after Washington kept the ball for 5:43 until the final seconds of the first half.

The Panthers began the scoring on Newton's 10-yard pass to DJ Moore on the game's opening possession.

Heinicke threw a 6-yard touchdown pass to Cam Sims as Washington tied the game early in the second quarter.

Newton ran for 24 yards for Carolina's next touchdown. Washington answered with just nine seconds left in the first half on Heinicke's 12-yard pass to McLaurin. 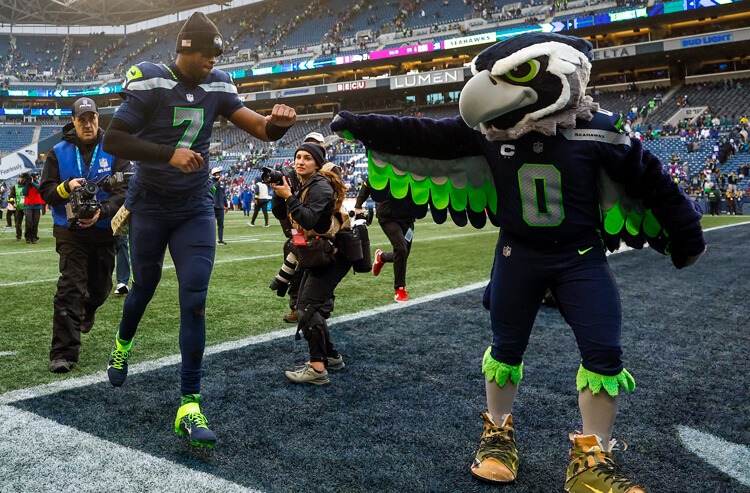 Jaguars vs Lions Week 13 Picks and Predictions: Targets Aplenty for St. Brown
About Us
Contact Us
Careers
Our Team
Brand
Testimonials