Morocco turned Group F upside down with a win over Belgium. As they close out the group stage against Canada, our World Cup betting picks expect them to do enough to secure a spot in the Round of 16. 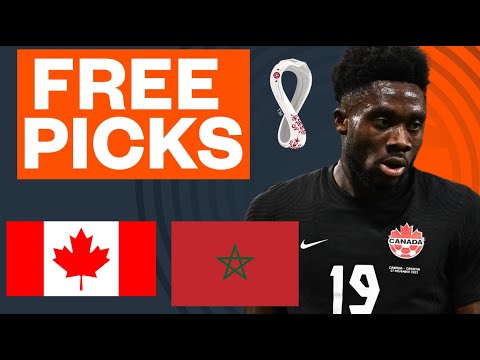 The lone team already eliminated in Group F will look to play spoiler, as last-place Canada take on Morocco to complete their 2022 World Cup.

After an encouraging performance in a 1-0 loss to Belgium, the Canadians were undone by Croatia's ruthlessness in a 4-1 loss. Morocco, meanwhile, flipped the group on its head with a stunning 2-0 upset over Belgium ahead of the third and final matchday.

World Cup odds place Morocco as the most likely to qualify from Group F. Ahead of kickoff on December 1, our Canada vs. Morocco World Cup picks break down that outlook and more.

Canada vs Morocco picks and predictions

Despite the loss, few teams were more impressive in their group-stage opener than Canada. The fresh-faced World Cup underdogs looked like a high-level modern side, pressing Belgium high, creating attacks from the half-spaces, and playing vertically.

Yet, little seeds of naivety showed through in moments of Belgium breaking Canada's press and bombing forward through a wide-open midfield. Those seeds sprouted to be towering redwoods against Croatia, as the 2018 runners-up killed Canada with ruthless efficiency. Croatia's world-class midfield trio was feared to be something Canada couldn't match and that couldn't have played out in a worse fashion.

However, no such fears are at play against a Moroccan team that finds such a large amount of its joy from the flanks. The Atlas Lions aren't dissimilar to Canada in that way — a youthful, dynamic side that doesn't play off opponents, despite their relatively modest standing, empowering the great talent they have in the wide areas.

That played out in Morocco's 2-0 win over Belgium which, while not as impressive as Canada's performance against the group favorites, resembled it. And that is the reality in which this game is occurring.

Naivety got the better of Canada in their ill-fated second game but that doesn't change what is an evenly-matched third and final game against Morocco. With a point enough for the Atlas Lions to get through to the Round of 16, they'll head to the knockouts as Canada head home with their first World Cup point.

B) Tajon Buchanan to assist 1+ goals BOOSTS to +600 at Betway! Bet Now

Canada vs Morocco side analysis

As outlined above, I think a draw is the most likely outcome between Canada and Morocco but a case could be made for any result.

Though it would be a departure from the character shown over the last three years, Canada could be crestfallen by the crushing nature in which they were eliminated. Alternatively, fringe players could be rewarded with game time in what is a meaningless game, rendering Canada considerably less competitive than they would be otherwise.

However, as they have at nearly every pivotal moment, they could be buoyed by a great disappointment. With so much attacking talent and elite physicality, a freed Canada team could be tremendously dangerous going forward and playing with abandon.

There's uncertainty ahead of this meeting but on balance, these are two equal sides.

Styles make fights and the styles of these two sides would suggest we're in for an expansive, back-and-forth game in which both sides are direct in their attacks. Though I don't have a play on the 2.5-goal total (Over +105 / Under -135), I do like both teams to score (-110) in the total goals market.

Playing front-footed is at the heart of this Canada team and, with nothing to lose, we can expect them to push forward without fear. Not only will that leave them open at the back but could force Morocco into more direct play as well, not wanting to have their progression hopes potentially spoiled with a loss.

Canada: None.
Morocco: None. 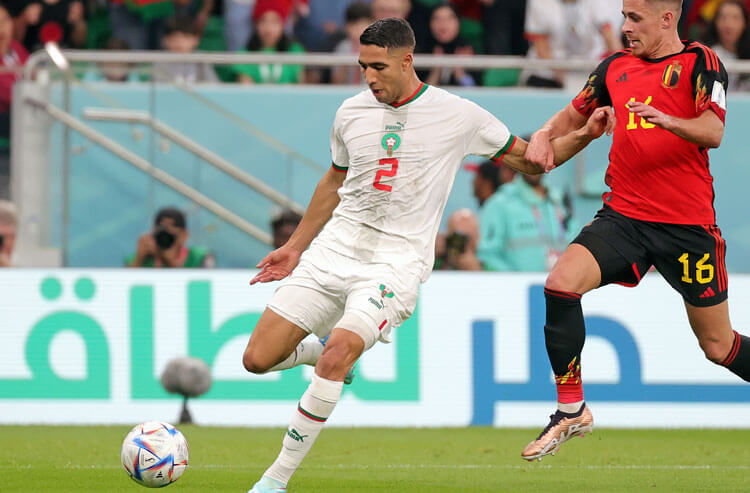