Serbia had the misfortune of facing Brazil to begin their World Cup but a meeting with Cameroon provides a chance at a needed result. Our World Cup betting picks break down the side and total for Cameroon vs. Serbia.

The 2022 World Cup heads into its second week with an intriguing Group G matchup between Cameroon and Serbia.

Cameroon were on the short end of a 1-0 final against Switzerland in their opening match Thursday, while Serbia lost 2-0 to Brazil. Neither Cameroon nor Serbia can afford another loss, or the World Cup might be over for them before it really even started. Even a draw here likely doesn’t do much for either side.

Can Cameroon rebound and improve their World Cup odds for progression, or will Serbia use their defense to hold the Indomitable Lions at bay? We’ll discuss in our World Cup betting picks for Cameroon vs. Serbia on Monday, November 28.

Cameroon vs Serbia picks and predictions

Cameroon were dropped 1-0, but played very well against the Swiss side. In fact, the Indomitable Lions had multiple opportunities to take the upper hand in their match, including a great shot by Eric Maxim Choupo-Moting.

Karl Toko Ekambi also showed his creativity in the first half, just missing on a scoring chance. He also had a chance on a breakaway in the second half, but he was dropped from Silvan Widmer on what might have been a game-saving tackle.

Cameroon will undoubtedly look to pressure Serbia hard in the first half as they did against Switzerland. The Lions were very aggressive and very quick, especially in the first 30 minutes or so.

Serbia were well-prepared for their match against Brazil, holding down the extremely deep Selecao side. The Serbs were particularly hard on Neymar, who exited the game with an ankle injury. There are no free lunches when facing Serbia.

While Serbia were hard on one superstar, it had little answer for Richarlison, who provided all of the scoring with a brace. Manager Dragan Stojkovic needs to get more out of Aleksandar Mitrovic and Dusan Tadic, however. Expect to see the creative Dusan Vlahovic feature more if the Serbs lag on offense against the Lions.

Mitrovic came into Thursday’s match nursing a nagging injury and he could be on a short leash, with Vlahovic waiting in the wings. Serbia have surprising depth, but I like what I saw from Cameroon in the opener.

I think Cameroon meet the same fate it did in the opener with Switzerland. They will have some good chances, but ultimately Serbia will break through with a goal, and then use their suffocating defense to keep Cameroon down.

Cameroon vs Serbia side analysis

Cameroon haven’t won a match in five, and the 1-0 setback to Switzerland in the Group G opener was par for the course, as they’re 0-3-2 across the past five matches over all competitions, finding the back of the net just two times during the span.

Serbia’s loss to Brazil was their first since a 1-0 loss to Norway in a UEFA Nation League B match on June 2. They entered this World Cup on a 5-0-1 run, including a 5-1 spanking of Bahrain on Nov. 18. Serbia have some firepower, as is evidenced by their 18 goals in the six matches prior to the World Cup opener.

In addition, the Serbs have conceded just eight goals in the past eight matches across all competitions, too. This is a team that plays good defense while breaking through for an occasional goal. Don’t expect anything different from The Eagles.

Cameroon have plenty of offense, but they just cannot seem to put the ball into the net. They had at least two glorious scoring chances in the opener with Switzerland which would have changed the tide but just couldn’t capitalize.

That’s been the rule for the Indomitable Lions over the long haul. Good chances, but no goals. Cameroon do play a good brand of defense, though, and you can expect another low-scoring match here. In fact, we have had Under 2.5 goals in six straight matches for Cameroon.

Serbia have been involved in some higher-scoring matches in recent times, but flexing their muscle against the likes of Bahrain, Norway, and Slovenia is a lot different than facing World Cup-quality sides. They won’t be nearly as productive against a good Cameroon side.

The Under cashed in Serbia’s opener against Brazil, and we’ll see a similar result here, too.

Cameroon: None.
Serbia: None. 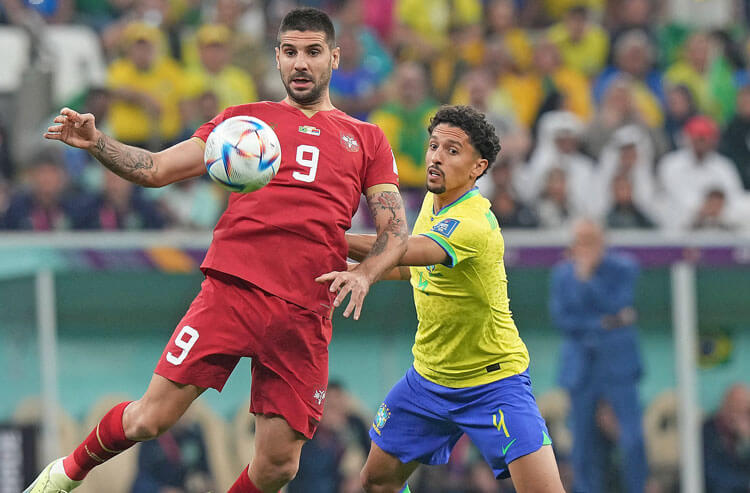