Belgium vs Russia Euro 2020 Tips and Predictions: Devil of a Time

It's the last dance for Belgium's golden generation, as the Red Devils face Russia in St. Petersburg. Without Kevin De Bruyne, can Belgium continue to win big against a resolute Russian team? Check out our Belgium vs. Russia tips and predictions.

The last dance for Belgium's golden generation will get underway in the same place where their last push for a trophy ended, with the Group B favorites beginning their Euros against Russia in St. Petersburg.

As the top-ranked team in the world, the Red Devils of Belgium are the odds-on-favorite to take their group, while Russia is not too far behind Denmark for the second spot, and should be in the mix of third-place teams looking to progress.

Three years after opening the World Cup as hosts with a resounding 5-0 win over Saudi Arabia, can Russia deliver another monumental win for their home fans? Find out in our Belgium vs. Russia tips and predictions for June 12.

BetMGM Nevada has Belgium a -110 favorite for the final match on the first full day of play in the Euro 2020 tournament, with Russia +330 and Draw +220. "All the action is on Belgium, tickets and money," BetMGM Nevada's Randy Madayag said, noting very little play on underdog Russia nor on Draw. The total is at 2.5 (Under -130). "We're heavy on the Over, tickets and money," Madayag said.

After a wet afternoon in St. Petersburg on Saturday, the clouds will roll out in the evening and leave the Belgian and Russian national teams with a clear night for their opening match. Temperatures are expected to be around 70 degrees Fahrenheit, with little wind and 45 percent humidity.

Reigning Player of the Year in the Premier League, Kevin De Bruyne, is unlikely to play in this one because of a facial injury suffered in the Champions League final, while mercurial winger Eden Hazard only just returned for the national team and has spent the last two seasons injured and out of form for Real Madrid. Yet, those two factors rarely make an impact on Belgium's outlook in their opener against Russia.

Belgium boast an absolutely ridiculous depth of talent in their squad, and while they'll need De Bruyne in particular as the tournament progresses, they'll be just fine here. The midfield in their 3-4-3 remains a tremendous strength, despite first-choice pair De Bruyne and Witsel likely to miss out.

Leander Dendoncker will provide protection for their three-man backline and his midfield partner, Youri Tielemans. Leicester City's Tielemans has continued to improve year after year, since debuting in the center of the pitch for Belgian powerhouse Anderlecht as a 16-year-old. Without De Bruyne, Tielemans will assume the majority of creative duties and will be tasked with finding passes to unlock a tireless Russian defense.

Tielemans just so happens to be among the best in the world at just that. Among midfielders playing in Europe, Tielemans is in the 89th percentile in shot-creating actions and the 84th percentile in progressive passes, as he has been an integral part of Leicester's growth from a team that plays predominately on the break to one that can control games. Tielemans' ability to unlock low defensive blocks will be key against Russia, as will be Hazard's ability to dribble into threatening areas.

Russia will look to replicate the formula (metaphorically speaking, though perhaps not in the context of the Russian national team) that got them into the knockout stages of the 2018 World Cup. That formula is absolutely tireless running across two banks of four, defending deep, and then trying to hit teams on the break.

Russia's approach in this one is why we look at Artem Dzuyba, not the fantastic Aleksandr Golovin, as the key man. Without the ball, Dzuyba, a towering striker, will likely find himself isolated high up the pitch, with 10 others behind the ball. When Russia get possession, they'll try to play it into Dzuyba's feet and allow their captain to hold the ball up while players like Golovin make forward runs into space.

Belgium's odds to win in their opening match are far too generous toward the idea of home advantage for Russia. At -150, the world's No. 1 team is a steal.

Both in Euro qualifying, with eight goals conceded in 10 matches, and in their run to the quarterfinals of the 2018 World Cup, Russia played conservatively and looked to steal results from set pieces or on the break. They rarely threaten going forward, nor do they try to attack with any intent beyond aiming for the target man in Dzuyba.

As such, Belgium should dominate possession and create chance after chance for Romelu Lukaku and whichever pair of forwards flank him. The two spots alongside Lukaku are almost irrelevant, such is both the talent in Belgium's squad and the phenomenal form Lukaku enters the tournament in.

The Inter Milan striker has long been one of the world's most intelligent forwards and his recent production is just fantastic, with his 1.09 goals + assists per 90 minutes this season for Inter the highest of his career. Among forwards in Europe, Lukaku ranks in the 88th percentile or above in non-penalty goals, expected assists, non-penalty expected goals, shot-creating actions, touches in the penalty area, and progressive passes received.

Whether Lukaku is starting a move or finishing it, he is a world-class threat and will cause Russia's backline nightmares on Saturday. After the most demanding club campaign of anyone's career, due to the compressed schedule, it's difficult to think Russia will be able to play with the same intensity and fitness that carried them in 2018.

Belgium averaged four goals per game in Euro qualifying and scored seven times over two games against Russia, including putting four past them in St. Petersburg. Even with a few injured or out-of-form contributors, Belgium should open their tournament flying. 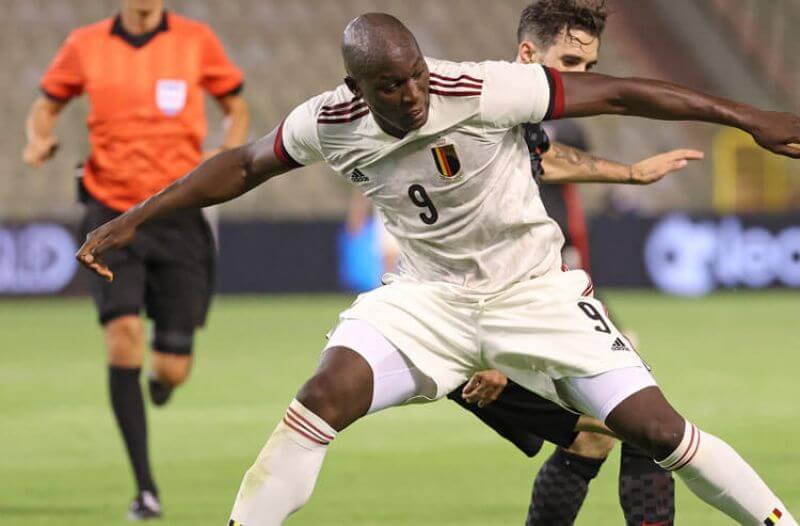 Belgium vs Russia Euro 2020 Tips and Predictions: Devil of a Time
Provided by