Chelsea vs Leicester City Picks and Predictions: All Signs Point Towards the Over

In the second last game of the Premier League season for both teams and with little to play for, look for no shortage of goals at Stamford Bridge on Thursday. Find out more in our Chelsea vs. Leicester City betting picks.

Thursday sees more Premier League action as Chelsea face Leicester at Stamford Bridge in a game that will be a lot of fun. After recent results elsewhere, there might not be as much riding on this game as we expected but that doesn’t mean there aren’t great betting opportunities.

Will Leicester manager Brendan Rodgers get one over his old team, or will Thomas Tuchel’s Chelsea bounce back after FA Cup Final disappointment?

Don’t miss our Chelsea vs. Leicester picks and predictions to find out.

It’ll be cloudy in London on Thursday but temperatures should be around 70 degrees when this game kicks off at 8 p.m. local time.

We’re in the final week of the Premier League season but ahead of the final slate of games on Sunday, we’ve got three games on Thursday that are all rearranged from earlier in the season.

Amongst those is Chelsea vs. Leicester City and it’s a game which, at least on paper, doesn’t mean much. An unexpected defeat for Arsenal on Monday against Newcastle confirmed that Chelsea will finish in the top four of the table this season, qualifying for the Champions League again next season.

That result has probably taken the shine off the fixture, especially given that Leicester don’t really have anything to play for in terms of the standings. Don’t let that fool you though, as, despite the points not really mattering, there are still plenty of narratives.

Chelsea were crushed last Saturday when they lost the FA Cup Final to Liverpool. It was the second time this season that they lost a Cup Final at Wembley on penalties to the Reds. Thomas Tuchel will already be planning his work this summer to get Chelsea ready for next season but before the offseason, it’s essential that he gets a reaction from his team.

The future is uncertain for Chelsea with a number of big-name players likely to leave the club, and that makes finishing strong even more important. Elsewhere, we see people facing their former employers with Leicester’s Brendan Rodgers being a former reserve team manager at Chelsea under Jose Mourinho, and N’Golo Kante formerly a part of the Leicester team which saw them shockingly win that Premier League title.

Kante has only started 19 Premier League games this season, having suffered some injuries, but the Frenchman is expected to start alongside Jorginho in Chelsea’s midfield on Thursday. Tuchel will set his team up in their usual 3-4-2-1 with Reece James and Marcos Alonso at wingback besides the back three. Thiago Silva and Andreas Christensen are likely to miss the game so we should see Antonio Rudiger, Trevor Chalobah, and Cesar Azpilicueta at the heart of the defense.

Chelsea will likely start with Romelu Lukaku up top, with Mason Mount and Hakim Ziyech supporting him, and Kai Havertz is likely to miss this game. It sounds like Rodgers will be without Youri Tielemans, which will be a loss in the midfield that should mean Nampalys Mendy and Kiernan Dewsbury-Hall in central midfield, playing in front of a back four.

That’ll leave Jamie Vardy, fresh from a recent appearance in court as part of his wife’s legal battles, upfront. Behind him will be Harvey Barnes and Marc Albrighton running the flanks with Leicester’s Player of the Season, James Maddison, in the 10 role.

Maddison has quietly been fantastic this season and arguably deserves a recall to the national team. He could cause a major threat to a Chelsea team who have played a lot of football in the past month and must be fatigued.

The big question is how Chelsea react from that FA Cup Final disappointment, especially with the Champions League secured for next season. Technically they haven’t yet wrapped up the third spot, but does that really matter to these players?

It’s been an emotional season for Chelsea with some heartbreaking defeats as well as the saga around Roman Abramovich’s sale of the club. I wouldn’t be shocked to see some of these players mentally already on their holidays and that could cause issues.

Given that both sides have nothing really to lose, it makes it hard to be certain of a result, but I can see a high-scoring draw at Stamford Bridge on Thursday, and +410 is very good value.

These are two teams who’ve basically finished their Premier League seasons after both having campaigns packed with difficult moments. For that reason, I’m expecting both sides to play like the handbrake is off and to really let go.

With the season all but over, I’m fully expecting this match to see a number of goals.

It’s worth noting that games at the end of the season where teams effectively have very little to play for, often end up with lots of goals being scored as well as some freak results.

Last season we saw six of 10 games in both Gameweek 37 and 38 finish with Over 2.5 goals, meaning that we should keep our eyes out for another high-scoring affair here. This fixture really does feel like one of those fun end-of-year games where both teams enjoy playing on the front foot and going for goal, which makes the possibility of it finishing 2-2 really attractive.

At +2,000 it’s certainly a long shot, and I’d recommend a small stake, but I think there’s value to be had at that price. 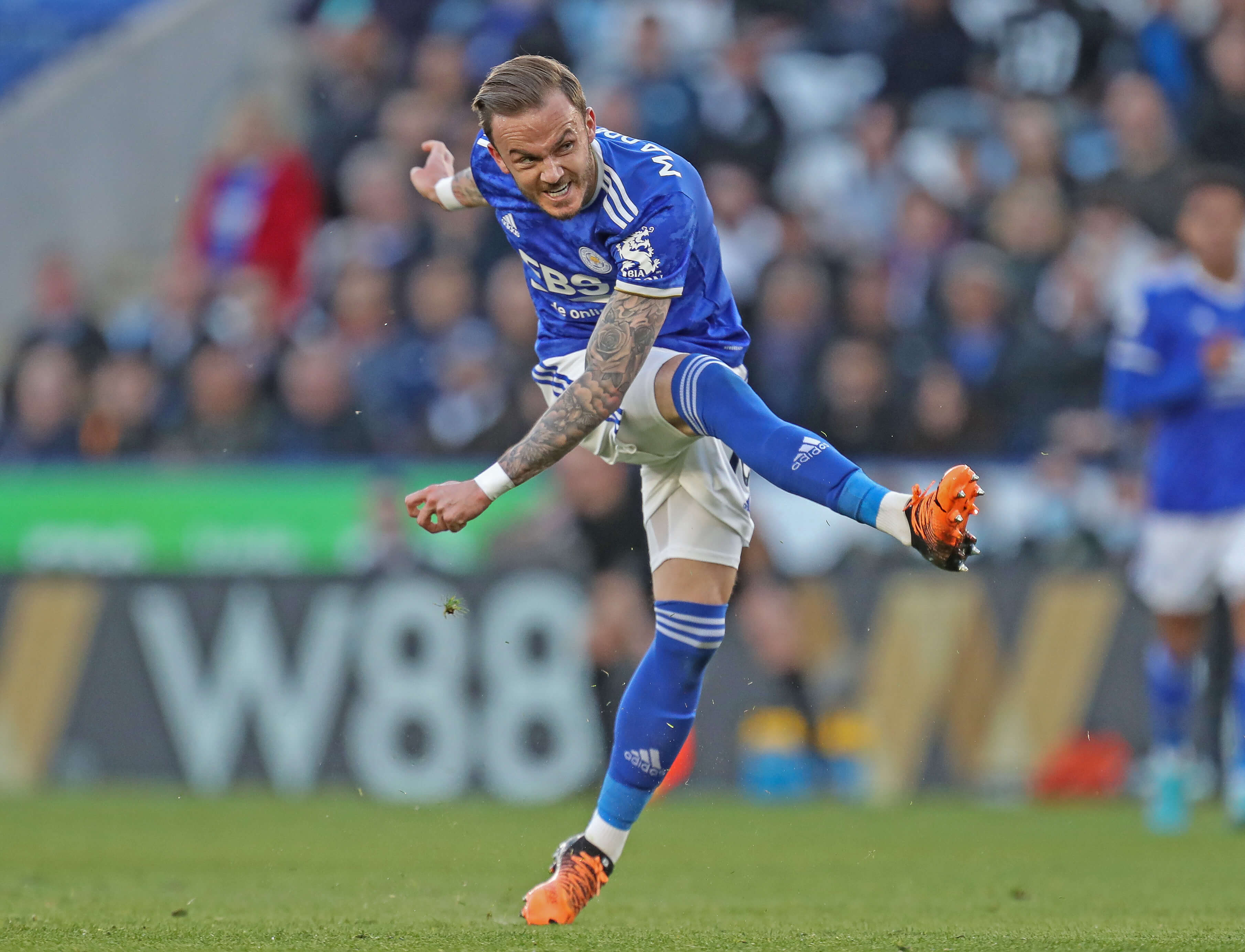 Chelsea vs Leicester City Picks and Predictions: All Signs Point Towards the Over
Provided by

Tottenham vs Burnley Picks and Predictions: Spurs' Super Trio Too Much for Burnley
Sam Farley | May 13, 2022