Something's got to give when a team that can't win on the road visits a side that can't win at home. But with a lineup adjustment, the Red Devils can thrive in a low-scoring grind. Find out why with our Brighton vs. Manchester United picks.

What happens when a team that cannot win at home hosts a team that has lost four straight away matches? That’s the scenario that will play out on Saturday afternoon, with Brighton Hove & Albion playing host to Manchester United at the AmEx Stadium in the penultimate match of the Premier League campaign for both clubs.

Manchester United will hope to avoid losing their fifth straight road fixture for the first time since 1981, while Brighton seeks to pick up their first win in front of their home fans in the 2022 calendar year. Here are our best EPL picks and predictions for Brighton vs Manchester United on Saturday, May 7.

It will be a beautiful evening in Brighton, with temperatures in the low 60s throughout the match and zero chance of precipitation. There will be a light breeze with gusts no greater than 10 mph expected.

It’s been a rough season at the AmEx Stadium for Brighton’s fans, having seen their team win just once in their last 14 home appearances. Their last five wins have all come away from home, including a dominant performance last weekend against Wolves at Molineaux. They held the home side to just one shot in a 3-0 victory, converting a penalty late in the first half before tacking on two more in the latter stages of the match. Alexis Mac Allister made amends for missing a penalty on 33 minutes by scoring from the spot three minutes before halftime, with Leandro Trossard and Yves Bissouma also finding the scoresheet.

After a rough stretch between mid-February and early April — in which they scored just one goal in seven matches — Brighton have won three and drawn two in their last six outings. They have kept a clean sheet in two of their last four, and now look almost certain to finish in the top half of the table. Graham Potter’s performance as manager is garnering him consideration for a higher-profile job this summer, should he be open to leaving.

Meanwhile, Manchester United’s 3-0 victory over Brentford on Monday was just their third victory in 12 matches across all competitions, and their third in their last 10 in the Premier League. The result also ended a nine-match streak without a clean sheet, dating back to their 0-0 draw with Watford. Now, the Red Devils look to end their away losing streak, having been outscored 12-2 in defeats to Arsenal, Liverpool, Everton, and Manchester City.

Following a Bruno Fernandes penalty that put him into double-digit goals for the campaign, Cristiano Ronaldo gave United a 2-0 lead over Brentford with his 18th league goal this year. He is now just four goals adrift of Mo Salah in the Golden Boot race, but he has scored just four of his goals on the road. United’s final two matches of the season are away.

If Ronaldo can find another pair of goals before the season ends, it would mark his 13th straight season with at least 20 goals in domestic league play. Juan Mata made his Old Trafford curtain call on Monday with his first start of the season, and it’s no coincidence that United completed 400 passes in the first half for the first time as well.

Mata is expected to start again, and captain Harry Maguire is expected to be kept out yet again with injury. It is for these two reasons that I believe United not only end the losing streak but take home the win. Teams that play compact defense this season have frustrated Ronaldo and company, but this matchup allows Mata to control play around the box, without his lack of speed being a liability. The Red Devils should win this one and extend their winning streak over Brighton to eight matches, their longest such streak against any current Premier League side.

Manchester United have scored just twice in their last four matches away, but Brighton have conceded multiple goals to the Red Devils in each of their last eight meetings. The last four meetings have also seen at least three goals scored. Furthermore, each of Brighton’s last three opponents have found the back of the net multiple times, and they have conceded multiple goals in five of their last six home fixtures in the Premier League. However, United’s away form offers no guarantees they follow suit.

For me, the safer total play is for Brighton to not score at all. Through 17 home fixtures this season, they have scored a total of just 12 goals, tied with Norwich for the fewest in the Premier League, and prior to a 2-2 draw in their last home outing they had failed to score in five straight. Take Brighton to finish without a goal against United for the fourth time in six meetings.

Going back to our original question, this is such an intriguing matchup given United’s away struggles and Brighton’s woes at home. It is worth noting, however, that just six times in Brighton’s 17 home matches this season have both teams found the back of the net. Dig into their results even deeper, and you will discover that just four of their matches have seen a goal total of three or higher.

When I see trends like that and have an opportunity to combine them, I love to do so. When I can get it at a favorable price, I love it even more. This match provides just that, which is why my best bet for Saturday afternoon is a low-scoring match with only one side–if either–scoring a goal on the day. 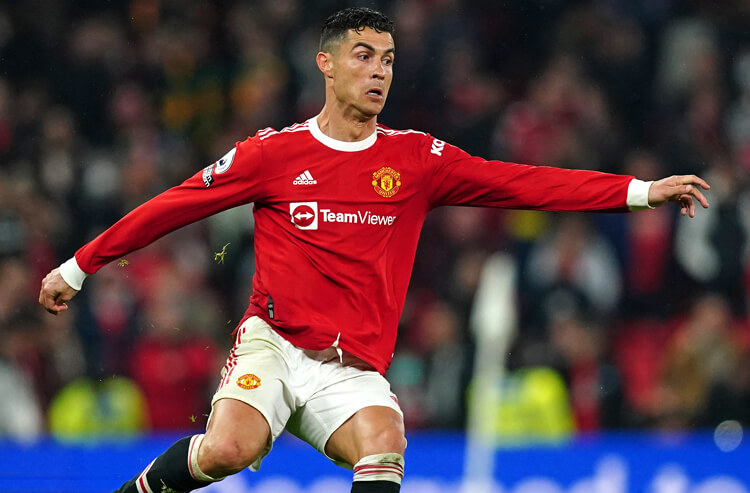