Brentford vs Chelsea Picks and Predictions: Blues Tough to Sting

Chelsea are picking up where they left off after their Champions League win, but face an EPL upstart this weekend that's punching well above its weight. Our Brentford vs Chelsea picks break down a fun matchup, and lay out your best bets for Matchweek 8.

Both Brentford and Chelsea fans will be happy with the seasons that their clubs are having. Newly-promoted Brentford have started life in the Premier League brilliantly and sit seventh in the table — they now face Chelsea, who are at the top of the division.

Brentford have already taken points off Chelsea’s title rivals Liverpool but can they cause another upset on Saturday? Check out our Brentford vs. Chelsea tips and predictions to find out.

There’ll be heavy clouds and temperatures in the mid-50s in London when Brentford meet Chelsea.

Not in their wildest dreams did Brentford supporters believe that their club would start life in the Premier League like this. Thomas Frank’s team were known as entertainers in the Championship and they look like a great addition to the top flight of English soccer.

Brentford are seventh in the Premier League table, and at the start of the weekend, just behind giants Manchester United and Manchester City. In their season opener, they beat Arsenal 2-0 in front of a packed Brentford Community Stadium, and in their last home game, they managed to draw 3-3 with a brilliant Liverpool team.

This is a game that Chelsea need to be very careful about. Any game against Brentford is tough but playing in this stadium, at Saturday’s late kickoff, is only making it tougher. Since winning the Champions League last year, Chelsea have only lost one game, a rematch of that final against Man City in late September.

Chelsea, like they did last season, have built around a brilliant backline and defensive strength, which has seen them concede just three goals in seven Premier League games, tied for the lowest in the league. When Thomas Tuchel arrived in London, he made it his priority to render that team hard to beat, but he’s now starting to add more flair and excitement going forward. Only Liverpool have scored more this season, and the arrival of Romelu Lukaku has given them a world-class forward. Tuchel has also helped bring others into play and there have been goals coming from all areas of the pitch, a clear evolution from year one of his reign.

We know how Brentford will play, they don’t cower when they play bigger teams, they try to remain tight at the back but also stay loyal to the principles that saw them promoted to the Premier League. They’ll mirror Chelsea’s formation and play with three at the back, something that’s worked well for both teams, relying on their fullbacks to aid attacks.

Chelsea are certainly missing Christian Pulisic and Thiago Silva, and likely N’Golo Kante and Reece James. But, it’s expected that Romelu Lukaku and Antonio Rudiger will be fit enough to play — and they’ll be needed. Rudiger, like Lukaku, has become a key member of this team and is arguably one of the first names on the team sheet each week.

Given the threat that this Brentford team can offer, you can argue that backing the draw at +280 is the best value play. Perhaps it is, but ultimately, it’s hard to not be a believer in Tuchel and his Chelsea squad. Even at a very short price of -175, they should do the business here. They’re unbeaten in 11 of their past 12 away matches in the Premier League and have developed into one of the most clinical teams in the world.

As mentioned above, I think Brentford could put up a real fight here, but the reality is that Chelsea will just be too good. With that in mind, the odds on Chelsea winning and both teams scoring look hugely tempting at +300.

We’ve already talked about Chelsea’s ability going forward, but this Brentford team have scored at least two goals in their past three games and have a three-pronged attack who are all amongst the goals this season.

Some pundits have compared their talismanic English striker Ivan Toney to Lukaku and there are some slight similarities. Both strikers have reputations for banging in the goals, but it can be argued that their biggest strengths are their abilities to hold up the ball and bring others into play. Toney is dangerous with the ball at his feet but his smart link-up play has really helped French duo Bryan Mbeumo and Yoane Wissa, who are both level with Toney in the goalscoring charts this season.

The assists that Toney has as part of his game are every bit as important as his goals, and his strength, both on the ball and in the air where he’s won just under one aerial battle per game, highlights just how well-rounded a player he is.

Despite the great defense of Chelsea, I’d expect the loyal Bees fans to see their team score here, whether that’s Toney, Wissa or Mbeumo. At +300, it’s well worth backing Chelsea to win and both teams to score. 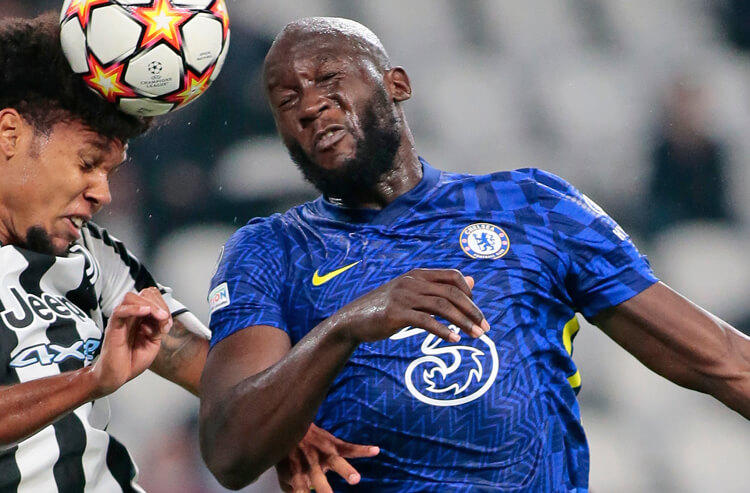 Brentford vs Chelsea Picks and Predictions: Blues Tough to Sting
Provided by