After a record-breaking 34-under performance last weekend at Kapalua, Cameron Smith is a +900 pre-tournament favorite to win the Sony Open. See who else is contending this week in Honolulu and track the live Sony Open odds as the weekend unfolds.

After a record-breaking weekend at the Sentry Tournament of Champions at Kapalua, the PGA Tour is gearing up for another week in Hawaii.

A much lighter field, including last weekend's winner Cameron Smith, heads to Wai'alae Country Club in Honolulu for the Sony Open in Hawaii.

Check out the live Sony Open odds below (and check out our Sony Open picks and predictions),

Live odds to win the Sony Open in Hawaii

After securing his fourth PGA Tour victory just a few days ago, OWGR No. 10 Cameron Smith leads the field on the Sony Open odds board, available at +900.

Smith won this event in 2020 and is coming off a record-breaking 72-hole score of 34-under at the Sentry Tournament of Champions, edging out OWGR No. 1 Jon Rahm by one shot. He's finished within the Top 10 in six of his last nine PGA Tour starts.

Barring a victory hangover, you should expect Smith to be in the mix come Sunday afternoon.

Tied for the No. 2 spot on the odds board is 2021 Masters champion, Hideki Matsuyama. He's finished within the Top 20 here over the past two years and is on the board at +1,400.

He made his first start since October in the Sentry last weekend and finished T13. That aforementioned October start was his victory at the ZOZO Championship, where he cruised to a five-shot victory.

If he was just knocking off the rust at Kapalua, he could be in for a great week.

Also on the board at +1,400 is OWGR No. 29, Webb Simpson. He's finished T4 or better in three of his last four starts at this tournament and thrives on shorter courses like this one.

Per Justin Ray, Simpson leads the PGA Tour in scoring average on sub-7,100-yard courses since 2017 (Hideki is third on that list). You can almost lock it in that he'll be in or around the first page of the leaderboard come Sunday.

Who was the favorite to win the 2022 Sony Open?

The Sony Open in Hawaii is played at Wai'alae Country Club in Honolulu, Hawaii. It's a par-70, 7,044-yard course. 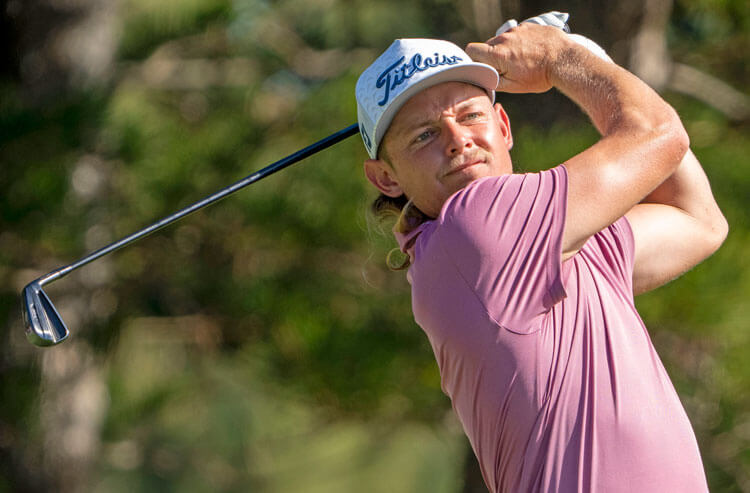 Sentry Tournament of Champions Live Odds: Teeing Up 2022 at Kapalua
Chris Gregory | Jan 5, 2022
About Us
Contact Us
Careers
Our Team
Brand
Testimonials