The next stop on the road to the PGA Championship is the Tour's newly-claimed Mexico Open at Vidanta Vallarta. With a thin field, our outright predictions shine a light on some of the other guys — including a major championship winner in great form.

There are light PGA Tour fields, and then there's the field at this week's Mexico Open.

Topping the Mexico Open odds board is Jon Rahm at short +500 odds, but otherwise highlighting the first tier are names like Tony Finau, Patrick Reed, Kevin Na, Gary Woodland, and Mexican native Abraham Ancer. That opens the door for the Tour's lesser-known stars to shine.

Our Mexico Open outright predictions take a stab at who those lesser-knowns might be, with a favorite, sleeper, and longshot worth backing for this week's action at Vidanta Vallarta.

If you're signing up for a new sportsbook for the Mexico Open, here are two of the best bonuses* available:

Jon Rahm notwithstanding, this week's field is razer-thin, with the top of the board being occupied by the likes of Tony Finau, Abraham Ancer, Gary Woodland, and Patrick Reed.

While Ancer is a Mexico native, he and Finau have both been abnormally quiet for their talent in 2022. Patrick Reed could be an interesting play, having won the WGC-Mexico Championship back in 2020, but to me, the best play of the golfers in this group is Gary Woodland, available at 22/1 at Caesars.

The 2019 U.S. Open winner missed the cut at Augusta National two weeks ago but has otherwise been rock solid since ending a string of early-season missed cuts in February.

He had a real chance to get back into the Winner's Circle at Bay Hill, where a 71st-hole double-bogey knocked him out of the solo lead and into his eventual T5 finish. Also finished T5 at the Honda Classic the week prior, and more recently finished T21 and T8 at Valspar and Valero leading into the Masters.

He's quietly been one of the best golfers of late, ranking first on approach and third in total strokes gained over his last 24 rounds played. Over that span, he also ranks sixth tee-to-green, sixth on the greens, and eighth in short game.

Those strong across-the-board numbers paired with his ball-striking that held up well in the nasty conditions of Bay Hill and PGA National lend themselves to another strong performance at this week's coastal venue.

Combine the game with some major championship pedigree and an extra-light field, and you have a recipe for a guy who should be knocking on the door Sunday afternoon.

For anyone who may have forgotten who Cameron Champ is during his 2022 slump, let's get you caught up.

The 26-year-old California native has three PGA Tour victories to his name — most recently the 3M Open last July — since securing full membership in late 2018. The other side of the coin, however, is his ability to go full feast or famine, having carded just five other Top-10 finishes over that span.

Like I mentioned at the top, Champ's 2021-22 season has been largely forgettable thanks in some part to a lingering left wrist injury, with five missed cuts and no finish better than T46 in his eight starts leading up to Augusta National two weeks ago — but things may be starting to turn around for the young gun.

Cameron's biggest asset has always been his driver. He's ranked inside the Top 10 in strokes gained off the tee in three of his four years on Tour (19th this season) and has never been outside the Top 3 in driving distance (leads Tour this season, 321.1 yards).

That driving talent of his was on full display during his potentially season-flipping T10 finish at the Masters, but what made the difference was his iron play, where he ranked 10th on approach of those who made the cut.

That's a sign that Champ's game could be coming back to life, and in a really light field (like in his three Tour wins to date), this 50/1 number at BetMGM should have your attention.

His outright number has started to drop at some books, but Tour Junkies also highlights some value on him to finish inside the Top 20 in their Mexico Open best picks and predictions.

We couldn't possibly go without highlighting a Mexican native. While Carlos Ortiz's game has been missing in action in 2022, this week — with the thin field and location — presents a wicked opportunity for him to jumpstart his season.

The 31-year-old is a Vidanta Resorts ambassador and grew up just a few hours away in Guadalajara, but more importantly, Ortiz has almost always played his best golf inside his home country.

His lone Tour victory at the Houston Open aside, a quick scan of Ortiz's career will show you that Mexico has played host to so many of his best career results.

Runner-up finishes at the Mayakoba Classic in 2019 and 2021 sandwich a T8 finish there in 2020, he won on the Korn Ferry Tour at the El Bosque Mexico Championship (Justin Thomas finished second), and finished T16 in a stacked field at the 2020 WGC-Mexico Championship.

One last note, just for fun: Carlos' younger brother, Alvaro, won this event a year ago (not on the PGA Tour).

Opportunities to rep and play in Mexico are few and far between on the PGA Tour schedule. Ortiz should take advantage with a strong week, making him worth a small sprinkle at 66/1. 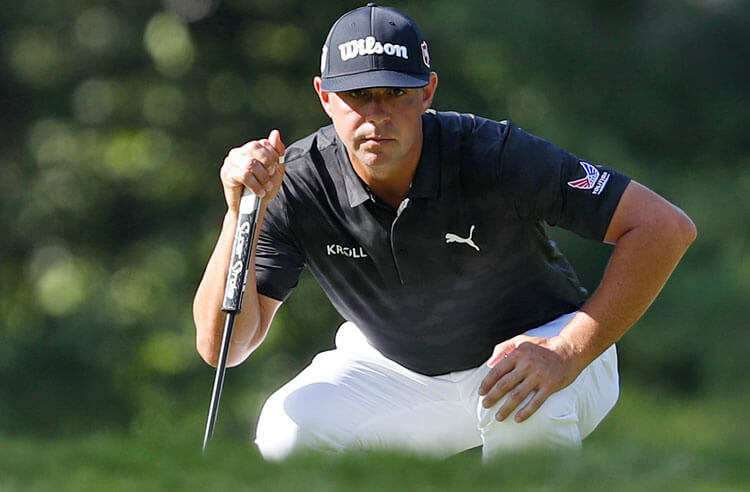