Beyond Jon Rahm, the field for the PGA Tour's first Mexico Open leaves much to be desired. However, that presents an opportunity for some under-the-radar golf betting value — which we highlight in our lineup of Mexico Open best bets. 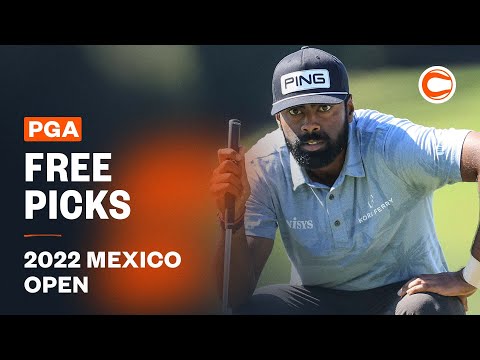 We’ve got a new venue hosting a new tournament this week as the PGA Tour traveling circus sets up shop at Vidanta Vallarta for the Mexico Open.

Just because this event is new doesn’t make it shiny as the field sucks like a Dyson. Jon Rahm is now +350 to win atop the Mexico Open odds board, and in our seven years of doing the podcast, we've never seen a full-field event with a favorite that short.

However, with a field like this on a brand new course…there is some variance to be embraced. The facts are that Jon Rahm is more likely to lose this week than he is to win. That means we finally have another crack at a longshot winner after the last few events being won by some of the shorter numbers on the board.

The winning score this week is likely to break the 20-under mark unless the wind really picks up. It’s really anybody’s tournament to win — as explained in this week's outright predictions — so let's dive in.

Vidanta Vallarta features Paspalum grass on the entire course along with a few other coastal, resort-style features. The fairways are very wide with very little trouble except for water on maybe six or seven holes. The greens are large, fairly flat, and run slower than average on the PGA Tour in the event the wind really starts howling.

This is just shaping up to be an absolute bomb and gouge tournament where distance and a hot putter get it done. Most players will just rip driver on the Par 4s and Par 5s, then it will come down to who hits it closer with their irons on these big greens to set up the most birdie looks.

With a few really long Par 4s and Par 5s, shots from 175+ approaching the green will be something to pay attention to. But the fact is, no matter how far or close you’re hitting it, you better convert with the putter or you’re getting lapped in this birdie fest.

You’ll notice that I’m taking the underdog against the two Mexican ambassadors this week in Ancer and Ortiz. Those guys are good players, but they aren’t playing very well right now and the pressures and expectations of them in a week like this can’t be underestimated.

Ancer has not played in 2022 as he played for most of last season. His best finish this year is a T33 and also lacks the distance we’d like to see at this venue. Tony hasn’t had a great year either, but his ball-striking hasn’t been the issue. It’s been his play around the greens, an area that won't matter this week as the greens are huge and the scoring will be high. If you're not hitting greens, you're already getting lapped by the field.

We'll take the ball striking and distance advantage with Finau as the dog against Mexico's golden boy.

This is just another mismatch in terms of skillsets required to play Vidanta Vallarta well. Lanto is in the upper third in distance, and Top 20 in this field in iron play across the board.

Streelman is among some of the shorter hitters off the tee and his irons have been terrible. He’s been too dependent on his short game and putting of late. To go with Lanto’s solid ball striking in 2022, he’s gained strokes putting in seven of nine events since January. This line is grossly mispriced on DraftKings. Take the dog and the plus money on the better ball striker.

Yes, we know that Carlos has played here many times and is sponsored by Vidanta. However, that doesn’t mean it’s to his advantage.

This course was completely changed by the PGA Tour in preparation for this tournament by adding nearly 300 yards of distance and doubling the number of bunkers. This is not the same course that Ortiz has played in the past. Plus, like Abe, he’s not playing very well at all. In eight events so far in 2022, Ortiz has five missed cuts with a high finish of T33.

Smotherman, on the other hand, has been finding his groove. The rookie hits it far and hits plenty of greens in regulation. His glaring weakness is the putter, but that could be completely negated on these Paspalum surfaces.

As much as the DFS Twitter community would love for Aaron to finally win again on the PGA Tour, we’re not sure it’s going to happen. However, he does have the firepower to play well at Vidanta Vallarta and give us a Top 20. He’s got the distance, iron play, and birdie-making ability to run away from most of the field this week.

Like a lot of players, it all comes down to the putter for Aaron. However, he does feel like one of the safer, mid-priced Top-20 plays.

Cameron Champ is just as likely to win or finish Top 20 as he is to finish dead last and take a weekend to enjoy the resort, but you can’t deny his upside.

Over his PGA Tour career, he’s notched three wins and form has been an anomaly in terms of predicting how he’ll play in any given week. He’ll go from looking like a 3-handicap for weeks in a row to…BANG…Top 10 or a win. He won less than a year ago at the 3M Open after a T11 at the John Deere. He just notched his first Top 10 a few weeks back at Augusta since that very victory last July.

He’s the longest hitter on the PGA TOUR, and he’s among the top in this field with his approach play from 175+ yards. He’ll unload piss missiles all over Mexico this week and then have two to three clubs shorter coming in than 80% of this field. His outright number has been bet down significantly since Monday, but the +250 Top 20 number still feels too good to pass up. 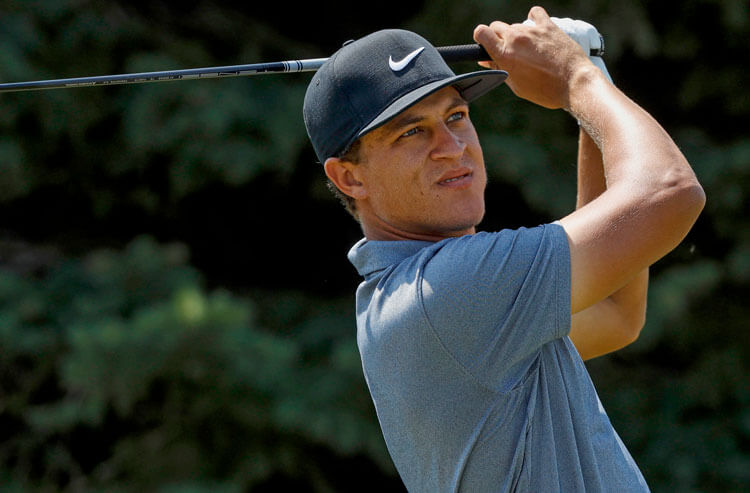