After incredibly rallying back in its series against Pittsburgh, New York carries that momentum into Carolina to begin Round 2. The Hurricanes were automatic at home this year but our NHL betting picks love the way the Rangers are rolling.

The Carolina Hurricanes pretty much owned the New York Rangers in the regular season, but the playoffs are a whole different beast.

New York comes into this game on a three-game win streak, rallying from down 3-1 against the Pittsburgh Penguins. Carolina, meanwhile, was a perfect 4-0 on home ice in Round 1 and it’s hoping to keep it that way.

See who has the betting edge for Rangers vs. Hurricanes on Wednesday, May 18, with our NHL picks and predictions.

The Rangers opened up as +140 road underdogs and the line has moved slightly to +145. The total opened at 5.5 and hasn’t had any movement either.

The Under is 5-2 in the last seven meetings between these two teams in Carolina. Find more NHL betting trends for Rangers vs. Hurricanes.

The Hurricanes were one of the best teams in the entire NHL on home ice this season, skating to a 29-8-4 record at PNC Arena and they are off to a perfect start in the playoffs as they have won all four games at home.

The Rangers weren’t a bad team on the road by any means as they went 25-14-2, but playing a road game in Carolina will be something this young group has yet to experience. That being said, it seems as though their top guys have found their game.

The Hurricanes had four players that were averaging a point per game, but what’s interesting is that their top two scorers were both defenseman, Tony DeAngelo and Jacob Slavin. The Canes were averaging 3.43 goals per game, but they are going to need more consistent production from their offensively gifted players.

The Rangers' key guys have gotten hot, and this team has won three in a row. I think they can carry that momentum into Game 1 and steal the first game of this series.

I think the x-factor in this series will be Hurricanes goalie Antti Raanta. It is unclear when their starter Frederik Andersen will be making his return and if Carolina is going to win this series, it needs Raanta to play up to par with Shesterkin.

The Canes were one of the better defensive teams in the first round, only giving up 2.86 goals per game and allowing 10.14 high-danger chances against. The Rangers were not very sound in their defensive end, but this series is a fresh start and they were a great defensive team all season long. There is no reason why they can’t get back to that.

Game 1s are always a feeling-out process, especially in the opening period when neither team wants to make any mistakes. The first 20 minutes of a series is where the tone is set and I think both of these goalies will be there to shut the door early on.

The Rangers know that they can be much better in their D-zone and Shesterkin had started to find his game during the end of the first round.

Carolina has been so good defensively on home ice that the Rangers might struggle to generate offense in the first period, considering they will have to weather the storm of the Hurricanes who will come out buzzing.

I don’t see much offense happening in the opening frame.

Did you know that if you parlayed today’s NHL Rangers vs. Hurricanes picks, you could win $81.32 on a $10 bet? 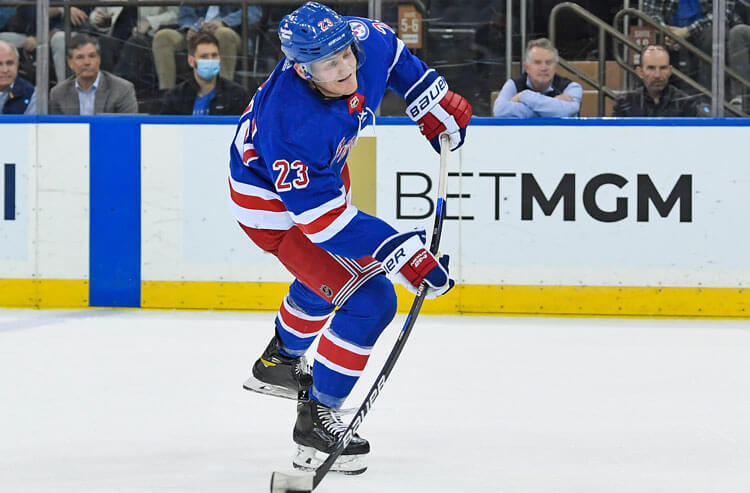