The last time the Flames and Oilers faced one another in the playoffs was all the way back in 1991, but that all changes on Wednesday. We like Calgary to take Game 1 at the Saddledome in a high-scoring tilt. Read more in our NHL playoff picks.

The Battle of Alberta begins at the Scotiabank Saddledome on Wednesday night as the Edmonton Oilers visit the Calgary Flames for Game 1 of their Western Conference semifinal showdown.

Each team needed seven games to dispatch their quarterfinal foe, with the Oilers outlasting the Los Angeles Kings, and the Flames squeaking by the Dallas Stars. Which Canadian club will take the first step toward representing their nation in the conference finals?

Find out in our free NHL picks and predictions for Oilers vs Flames on Wednesday, May 18.

The Flames were unveiled as the consensus -153 moneyline favorites for Game 1, and that line has moved anywhere from five to 10 cents in favor of Oilers bettors as of Tuesday afternoon at most sportsbooks. The consensus opening total was 6.0, and 6.5 has also begun to appear at some books with action coming in on the Over.

The Oilers are 1-4 in the last five meetings with the Flames in Calgary. Find more NHL betting trends for Oilers vs. Flames.

The Flames forwards were challenged to score against Jake Oettinger and the Stars defense in the quarterfinals, but they persevered and won the series. This unit faces a much easier task against the Oilers’ subpar stoppers, and they should wake up in a Wednesday win.

Calgary was sixth in the regular season in goals per game (3.55), getting major contributions from Johnny Gaudreau – second in the NHL in points (115) – and Matthew Tkachuk (104 points). Elias Lindholm scored 42 goals, while Andrew Mangiapane added 35, yet the pair was held to four total goals in their series with Dallas.

Bettors should expect these players to look much better against the Oilers, who ranked 18th in goals against per game (3.06) in the regular season. Mike Smith held his own against the offensively-challenged Kings in the quarterfinals (2.29 GAA, .938 save percentage), but his regular-season splits (2.81 GAA, .915 save percentage) suggest he’s in for a rude awakening here.

Fans will recall the overtime blunder he made in Game 1 of that earlier series that put his team in a 1-0 hole. Meanwhile, Edmonton still looks too reliant on Connor McDavid (14 points), even with the addition of Evander Kane (nine points). Leon Draisaitl had nine points against L.A., but played to a -1 rating.

By contrast, McDavid had a +10 rating in that series. Secondary scorers Ryan Nugent-Hopkins and Zach Hyman practically disappeared in the final four games of the quarterfinals, notching no goals and only two assists between them. They’ll need to step up if the Oilers want to be competitive, because Calgary goalie Jacob Markstrom put on a master class against the Stars in his team’s series victory.

Markstrom produced a 1.53 GAA and .943 save percentage against Dallas, holding them to one goal or fewer in four games, and falling below the .920 save percentage mark only once (Game 3). His prowess between the pipes combined with an offensive renaissance for the Flames should power them to victory in Game 1.

The Flames and the Oilers played four head-to-head games this season, and combined for a staggering 33 goals. Don’t expect offense to be in short supply at the Saddledome on Wednesday. Smith played to a subpar 3.81 GAA in two games against the Flames this year, while Markstrom produced a 3.54 GAA in four outings.

Tkachuk and Gaudreau tied for the team lead in points against Edmonton with eight apiece, but Tyler Toffoli also impressed by notching two goals and two assists in the span of only two tilts. Not surprisingly, Draisaitl and McDavid drove the Oilers’ offense during the season series with Calgary, with the former supplying five goals and six assists, and the latter gathering three tallies and four helpers.

Each offense scored at least one power play goal in three of their four head-to-head affairs, with the Flames going 3-for-14 (21.4%) in that sample, and the Oilers cashing in on seven of 16 chances (43.8%). Trend bettors should note that the Over is 13-6-1 in the last 20 meetings in Calgary between these two squads.

The moneyline might be a bit steep on Calgary in this one, but there’s a generous line out there regarding one of their better players in the prop markets. Selke Trophy finalist Elias Lindholm is available at just -160 to score a point in Game 1, and bettors should jump at the chance to back him.

No forward averaged more ice time (19:56) than the Flames’ top center in the regular season, and that trend has continued into the playoffs (21:25). Lindholm scored at least one point in five of the seven games against the Stars, accumulating three goals and a pair of assists. He generated plenty of scoring chances, peppering Oettinger with 18 shots in that span.

The Swedish native should get his fair share of opportunities to score a point with linemates Gaudreau and Tkachuk ready to make life miserable for the Edmonton defense in Game 1.

Pick: Lindholm to score a point (-160 at DraftKings) 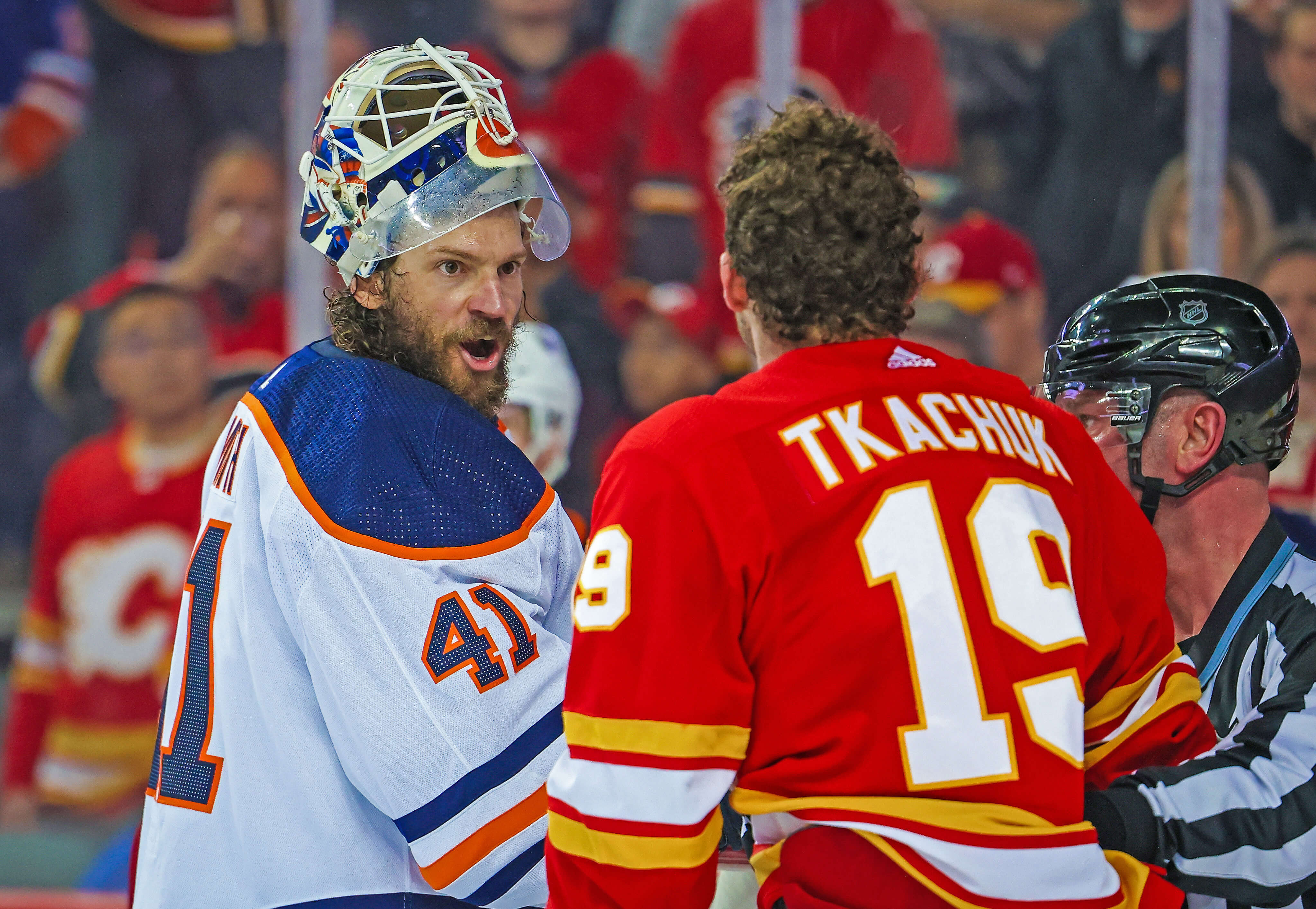