These teams are yet to play this season, but when they matched up last year there was no shortage of goals. We're expecting nothing less as we see this going Over the NHL betting total in our Panthers vs. Maple Leafs picks and predictions. 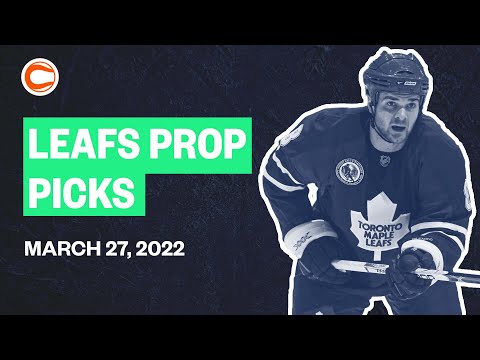 The Florida Panthers and Toronto Maple Leafs meet for the first time this season and both are in the second game of a back-to-back. Florida defeated the Ottawa Senators, while Toronto lost to the Montreal Canadiens just last night.

Still, the Leafs are -115 favorites at home, while the Panthers, who are riding a three-game winning streak, sit at -105.

Will the visiting side hand the Bud’s their second consecutive loss, or can Toronto take down the Atlantic Division leaders? Find out below in our free NHL picks and predictions for Panthers vs. Maple Leafs.

Despite being embarrassed by the Canadiens on Saturday, the Maple Leafs opened as the -114 favorite, getting as high at -118 at one sportsbook, before settling at -115. The Panthers opened at -106 and are currently at -105.

In the previous three meetings between the Panthers and Maple Leafs, the Over has hit every game. Find more NHL betting trends for Panthers vs. Maple Leafs.

It is hard to believe two teams in the same division took until a month remaining in the season to play each other, but that is the case for this matchup, In fact, the two have not faced each other since March 2020.

The Panthers, who are first in the Atlantic Division, are currently on a swing through Eastern Canada, and so far have had a successful trip. They defeated the Canadiens 4-3 on Thursday, and Saturday took care of Ottawa 4-3 in a shootout.

The Maple Leafs suffered their worst defeat of the season on Saturday, losing to Montreal, who has the worst record in the NHL with just 18 wins and 46 points.

It couldn’t have come at a worse time. The loss moved Toronto from second in the Atlantic Division to fourth. It also resulted in its head coach Sheldon Keefe blasting his team’s play.

The criticism by Keefe might work to motivate a team that is trying to avoid a wildcard spot in the playoffs. Only a point separates the Leafs from the Tampa Bay Lightning and third place.

Playing for the second consecutive night, however, has not been kind to Toronto. This season it is 2-5 in the back end of consecutive games, while Florida’s record is 4-4 in that same scenario.

Though the Panthers and Maple Leafs haven’t played against each other since 2020, when they do get together they like to score goals. In their last three contests, the scores were 5-3, 5-3, and 8-4.

Both teams have a Top-10 scorer with Florida’s Jonathan Huberdeau fourth in points with 89 (21 goals, 68 assists), and Auston Matthews is seventh with 81 (47 goals, 34 assists). Matthews is also tied for first in goals with Edmonton Oilers center Leon Draisaitl.

The Panthers are the top team in the league at goals for average at 4.05, with Toronto right behind them in third at 3.63.

The Leafs get the edge on the power play. They are No. 1 in power-play percentage at 28.4%, while the Panthers are ninth at 23.8%. Expect neither of these teams to have an issue lighting the lamp tonight.

While Keefe wasn’t particularly happy with any of his Toronto players in the 4-2 loss to lowly Montreal, he made a point to single out forward William Nylander. Nylander was beat on a play in the Maple Leafs’ zone and it allowed the Canadiens to tie the game at one in the second period.

Shortly after the miscue, Keefe took Nylander off the second line and put him on the third line. He then said after the game that Nylander’s gaffe made him decide to demote the Swede to lesser playing time.

This isn’t the first time he’s been demoted, as it happened back in February 2021, ironically against the Canadiens. Two games later, Nylander scored both goals in the team’s 2-1 win over Calgary.

The public shaming may work to motivate Nylander again. Also playing on the third line could actually be a benefit for him, as he should have more room to operate against less skilled players.

Nylander has 24 goals, and there is no denying his skill. Sunday might be when he gets his 25th goal and shows Keefe he is ready to get back on the second line.