Lightning vs Panthers Game 1 Picks and Predictions: Cats Claw Win Away From Tampa

The battle of Florida takes place yet again when Tampa Bay heads to Sunrise to take on the Cats. Which one of these powerhouses will open the series with a win? Find out in our NHL betting picks and predictions for Lightning vs. Panthers. 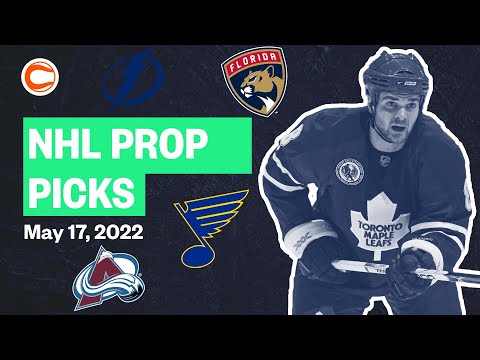 Every hockey fan is beyond excited that we are getting the battle of Florida for the second straight postseason.

The Florida Panthers are coming off three straight wins to defeat the Washington Capitals in six games, while the Tampa Bay Lightning came very close to not being able to defend their title — but they got the job done in seven against the Toronto Maple Leafs.

See who has the edge in our free NHL betting picks and predictions for Lightning vs. Panthers on Tuesday, May 17.

The Panthers opened up as -155 heavy home favorites and the line has moved all the way to -170. The total opened at 6.5 and hasn’t had any movement.

Lightning vs Panthers head-to-head record in the regular season

The Over is 10-4-1 in the last 15 meetings between these two teams in Florida. Find more NHL betting trends for Lightning vs. Panthers.

The Florida Panthers showed a ton of heart when they took on the Lightning in last year's playoffs and tonight we will see what they learned from that six-game series.

If you thought that the Tampa Bay Lightning were tested against the Maple Leafs, they will have a much tougher time against the Presidents Trophy winners. These teams split the regular-season series and each team had one blowout win.

The Lightning were not as good defensively in Round 1 as they were in the regular season, giving up 3.43 goals against per game. That could be concerning as the Panthers averaged 3.33 goals scored per game. The Bolts definitely have the edge in the blue paint, but Sergei Bobrovsky had a better first round than Andrei Vasilevskiy.

The Cats were one of the best teams on home ice all season long and I think that will play a huge factor tonight. Even though the Lightning have been the better playoff team in the past few years, I think Florida is the better team overall this time around. It has a chip on its shoulder after what happened last year and I see this team coming out and setting the tone for the series in Game 1. I love the Panthers tonight.

Whenever these two teams get together, there is always a chance for plenty of offense and a high pace to the game. In the four meetings this season, two of the games went Over and there was a combined 34 goals scored between both teams in that four-game series.

Both teams didn’t necessarily struggle to create offense in their first-round matchups. The Panthers were slightly better as they were generating 12.56 high-danger chances per game and the Lightning were averaging 12.33 each contest.

Neither team was very disciplined on the defensive end, and I don’t see that changing much in this series. The Panthers were allowing 13.38 high-danger chances against and the Lightning averaged 13.15.

Bobrovsky and Vasilevskiy have not been at the top of their game and as we saw in Round 1, and we should expect a ton of goals between the two teams. I like the Over.

Both teams have a ton of offensively gifted players, and there are certain guys to watch. For the Panthers, Carter Verhaeghe was one of the biggest surprises of the first round, tallying six goals and six assists in six games.

Other players to keep your eye on for the Panthers are Claude Giroux, Aleksander Barkov, and Jonathan Huberdeau. Giroux had a great first round tallying seven points, Barkov ended the series with six points, and Huberdeau was a bit quieter — finishing with only three points — but he should be able to get going in this series.

The Lightning’s top guys weren’t as productive as Florida’s, but Nikita Kucherov is always a player to be aware of when on the ice. He led the way for Tampa in Round 1 recording eight points. Victor Hedman also had a strong series on the blue line, but Steven Stamkos wasn’t as productive as he was in the regular season. Stamkos only finished with four points but I expect him to get more opportunities against the Panthers.

Both of these teams are very strong offensively, and with the goalies playing the way they have been, I see a ton of goals being scored tonight. Once again, I'm backing the Over.

Did you know that if you parlayed today’s NHL Lightning vs. Panthers picks, you could win $17.65 on a $10 bet?

Lightning vs Panthers Game 1 Picks and Predictions: Cats Claw Win Away From Tampa
Provided by