The Leafs' blue line situation couldn't get much worse, and in a potential letdown spot, the Wild are sure to attack. See why Kirill Kaprizov should be especially aggressive as we break down tonight's NHL betting matchup. 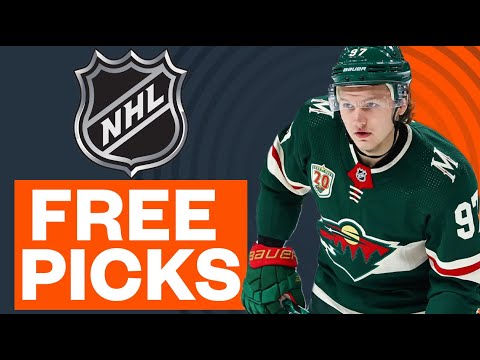 After getting three opposing goals erased thanks to review, the Toronto Maple Leafs escaped New Jersey with a 2-1 win Wednesday, but the injuries on the blue line continue to stack up as they lost their fourth starting defenseman in the victory.

Now, facing a Minnesota team that has won back-to-back games vs. good opponents, the Leafs will be in a tough spot this afternoon, and playing tight defensive hockey will be even more difficult in what is a letdown spot for the visitors.

Find out in my free NHL picks and predictions for Maple Leafs vs. Wild on Friday, November 25.

The situation on the blue line for the Maple Leafs is as bad as it gets. They were already down their three best defensemen last game and then lost veteran Jordie Benn, who was playing with rookie Mac Hollowell. Now Victor Mete will tag in and this is a defense every team in the NHL would like to play against.

Toronto hasn’t been losing many games despite the injuries, but that has more to do with the play in net with Matt Murray. His saves props aren’t open as of the time of writing but I’d certainly play his saves prop on any number below 31. He has a .942 save percentage over his last four games with three victories and an OT loss.

It’s just going to be hard for the Leafs to shut down the offensive attack of the Wild with their current personnel. Toronto did a great job with its initial strategy Wednesday vs. the Devils as the Buds held them to just five shots in the first frame. But things fell apart after that and New Jersey had 30 shots over the next 40 minutes. The Wild are certainly going to get pucks on net, and with a hot goalie in Murray, that game plan is magnified.

So that leaves Kirill Kaprizov to do the most damage for the Wild, who are scoring over one goal more at home than on the road this season. The Leafs gave up 17 shots on goal to the top New Jersey line Wednesday and Kaprizov-Steel-Zuccarello line should also find plenty of shooting opportunities with the last change.

Kaprizov has tallied at least three SOG in each of his seven home games and is 5-2 O/U 3.5 total shots on the season at home. He’s riding a seven-game point streak, has back-to-back games of five SOG vs. elite teams in Carolina and Winnipeg, and has the talent to take advantage of the Leafs’ situation on the blue line.

The Leafs are down another defenseman with Benn now on the shelf. He joins Morgan Rielly, TJ Brodie, and Jake Muzzin. It’s a terrible situation for the Buds, who will call up Mete to form the third pairing with rookie Hallowell. This is as bad as it gets for the Leafs, who also have to play tomorrow in Pittsburgh.

Surprisingly, there hasn’t been much movement in a moneyline that sits as a pick ‘em, with some books having the Leafs as the slight favorites.

The only reason Toronto should be drawing the betting handle is the play of Murray in net. He has a .942 save percentage in his four games since returning and hasn’t allowed more than two goals. He has single-handedly won games for the Leafs of late as the offense has continued to show no signs of consistent scoring (three or fewer goals in eight of their last 10) while the issues on the blue line are taking away resources up front as the forwards have to play a bigger role defensively.

Minnesota isn’t having the best season, posting a 9-8-2 record with a zero goal differential. It ranks outside the Top 15 in xGoals%, Corsi, and Fenwick at 5-on-5 and has scored the fifth-fewest even-strength goals in hockey. However, many of those offensive struggles have come on the road (2.22 goals per game) and this Toronto blue line will give Minnesota plenty of opportunities, as the Leafs also sit second in the league in giveaways in the defensive zone.

Toronto was lucky to come out of New Jersey with a win, as it had three Devils goals called back. Now, the Leafs meet Minnesota, who has been much better offenively at home. The Buds can only rely on Murray to save the day, which is asking a lot for five straight games.

Minnesota might also get a boost as goalie Marc-Andre Fleury has been activated and is possible to start. The break could have been a good thing for the veteran goalie, who owns a 2.80 GAA and a .906 SV% on the season across 12 games. He was playing much better before going down with the upper-body injury. Jonas Brodin could also suit up for the Wild as he missed the last game due to an illness.

There are only so many injuries a team can handle on the blue line before the defensive structure crumbles, and today could be that day.

It’s tough to find a better dead Under team right now than the Leafs, who are 6-14-1 O/U on the season. However, today could be a day to target for the Over, especially with some books popping up with 6s.

Even in Wednesday’s 2-1 win, the Devils had a ton of chances and had three goals erased due to review. New Jersey had nearly 4.00 expected goals, but thanks to the surprising play of  Murray, it ended 2-1. Murray has been electric since returning but getting that level of goaltending for five straight games is asking a lot. Add in a team that is down its three best D-men and their No.5, and sooner or later the dam is going to break.

The Wild have been profitable to the Under this season but their home games have been very different than their road contests. At home this season, the Wild are seeing an average of 7.20 goals per game which is in sharp contrast to their 4.00 total goals on the road.

Fleury is also likely returning today after missing four games due to injury so there are some possibilities that he isn’t in top form today.

The Leafs are riding high after stopping the Devils’ 13-game win streak and also have to play in Pittsburgh tomorrow, making this a big potential letdown spot for the visitors.

Both teams have been underperforming in terms of goal production at 5-on-5 but with two clubs that are very top-heavy with scoring talent, a five-goal outing is always possible.

I find it hard to believe that the Leafs — with all their injuries on the backend — can play a perfect defensive game with the current personnel. If Minnesota gets an early lead, this game could open up substantially. I’m leaning on the Over this afternoon.

The Maple Leafs are 1-5 SU in their last six games vs. the Western Conference. Find more NHL betting trends for Maple Leafs vs Wild. 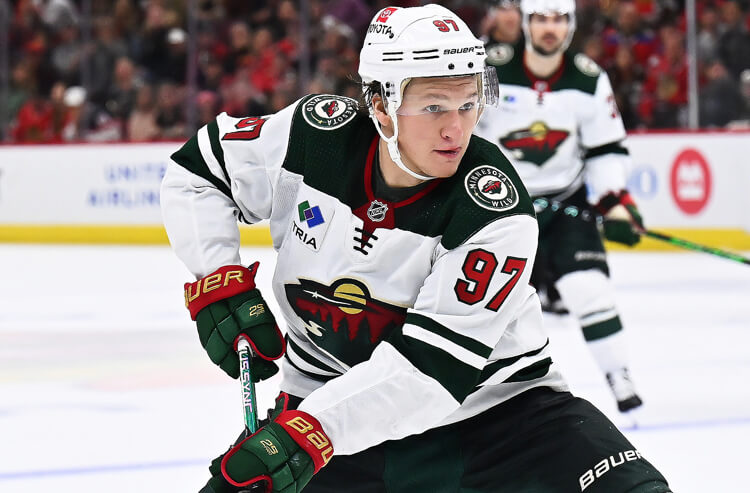