Hurricanes vs Rangers Game 6 Picks and Predictions: Home on the Range for New York

With the home team dominating this series, we see no reason to fade the Rangers, who will be fighting for their lives against a Hurricanes team that's struggled on the road. But with such a low total, do our NHL betting picks back the Over? 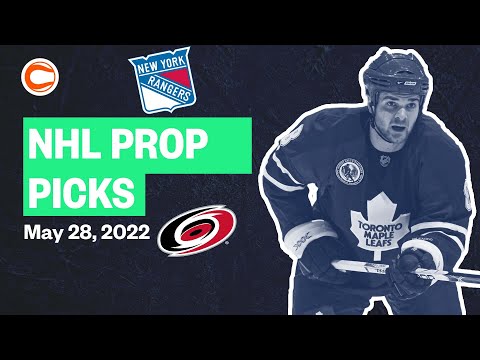 The Carolina Hurricanes took care of home ice just like they have all playoffs in Game 5, now the New York Rangers will try to do the same in hopes of forcing a Game 7.

The Rangers have won five straight games at home and are 5-0-1 this postseason at Madison Square Garden. Meanwhile, the Hurricanes have yet to win a game on the road this offseason.

See who has the betting edge with our Rangers vs. Hurricanes NHL picks and predictions on Saturday, May 26.

The Rangers opened up as -110 home favorites, but the line moved slightly and they are now -115. The total opened at 5 and hasn’t had any movement.

The home team is 5-0 in this series. Find more NHL betting trends for Hurricanes vs. Rangers.

The Carolina Hurricanes played their best and most dominant game of the series in Game 5 on home ice, but the common trend for them this postseason is that they have been stellar at home, and have struggled on the road.

I’m not sure what it is about the Hurricanes because they were a solid road team in the regular season, but for some odd reason they just look like a completely different team as the visitor.

The New York Rangers have been very impressive at home in the playoffs, going 5-0-1 thus far. They were able to rediscover their scoring touch in their last home game, as they put up four goals past Antti Raanta.

In this series, the Rangers have outscored Carolina 7-2 at Madison Square Garden and the Canes are going to need to find a way to get pucks by Igor Shesterkin. Raanta has continued to do his part for Carolina, but he wasn’t tested very much in Game 5, as the Rangers only had 17 shots on goal. I expect New York to show a much better effort in an elimination game on home ice.

Shesterkin has taken his game to another level in these playoffs, especially at MSG, and with the Hurricanes’ offensive struggles on the road, I can’t see him losing a deciding Game 6 at home.

I know that the Under has hit in every game of this series, but the Hurricanes might feel a little more confident offensively after scoring their first power play goal of the series in Game 5.

The Rangers have been much better offensively on home ice, and it appears that Mika Zibanejad is starting to get hot. Not only is Zibanejad feeling confident for the Rangers, but Andrei Svechnikov was able to get on the scoresheet for the first time this series in Game 5.

Both teams have been waiting for their big guns to get going and I have feeling that tonight, the big guns for the Rangers will step up and help get the job done. We saw it in the first round, when the Rangers had their backs against the wall it was Chris Kreider, Mika Zibanejad and Artemi Panarin that had stepped up for the team.

The goaltending has been solid for both teams in this series, but the number is what scares me most. The Hurricanes are expected to score 3.24 goals per game and the Rangers have 2.79 xgoals, so with the number being at 5, I think this will be the first game of the series that goes Over.

The Rangers came out absolutely buzzing in Game 4 at home when they were in a must-win mindset, and they will have that same approach tonight. Raanta might have some nerves as he has the chance to close this series out — as everyone always says, the hardest game to win in a series is the closeout game.

Both teams have their power-play units scoring and I think that will be a massive factor in the outcome of this game. When your man-advantage unit scores, it gives the entire team a confidence boost, and I think both of these teams needed that offensively.

Even though the goaltending and team defenses have performed all series long, 5 is just way too low of a number.

Did you know that if you parlayed today’s NHL Hurricanes vs. Rangers picks, you could win $22.54 on a $10 bet?

Hurricanes vs Rangers Game 6 Picks and Predictions: Home on the Range for New York
Provided by