Arguably two of the hottest teams in the West will face off tonight when Calgary visits Minnesota. Which of these two contenders will come out on top? Find out in our NHL betting picks and predictions for Flames vs. Wild. 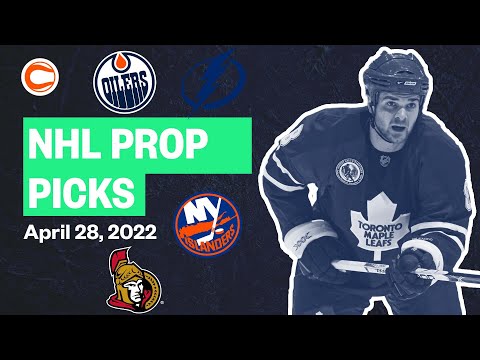 Two of the best in the West will meet tonight at Xcel Energy Center as the Calgary Flames visit the Minnesota Wild. The Flames have clinched the top spot in the Pacific but the home side is tied for the No. 2 spot in the Central with the Blues. Minnesota has a game in hand but the Blues own the tie-breaker with more regulation wins.

Can Minny improve on its 29-10 straight up record at home and despite dropping both meetings to the Flames this season? Can Calgary take the two points even though it has next to nothing to play for? Find out in our free NHL betting picks and predictions for Flames vs. Wild.

This game opened as a pick ‘em and has since moved to Minnesota -120 on the moneyline with a total of 6.5. Calgary won 5-1 back in March in the last meeting in Minnesota where the Flames closed as -115 road favorites and a closing total of 6.5.

The Flames are 7-1 SU in their last eight road games. Find more NHL betting trends for Flames vs. Wild.

Flames vs Wild picks and predictions

Just because the Wild have more to play for doesn’t mean they're going to skate away with two points tonight. They're coming off a 5-3 loss to the Coyotes on Tuesday in a game where they closed as -600 favorites. Minnesota is 5-2 SU in its last seven games but is just 1-2 SU versus playoff teams in that stretch — allowing 3.57 goals per game.

The offense has been bailing Minny out, but when facing a Calgary who owns the best road GAA in the West, finding the scoresheet might not be an easy task for the team under more pressure.

These two clubs have met twice this season — all within the last two months — and the Flames have had their way, winning both contests convincingly 7-3 and 5-1 with the latter one being the most recent meeting in Minnesota.

Jacob Markstrom got the start in both of those games and stopped 54 of 58 shots he faced. He hasn’t been confirmed as the starter as of 12 noon, but with Dan Vladar playing back-to-back games, the Flames’ No. 1 is a good bet to be between the pipes tonight. He leads the league in shutouts (nine) and has the third-best save percentage in hockey.

The Wild were on a heater in net after acquiring Marc-Andre Fleury but since April 1, Fleury has a GAA north of 3.00 and a save percentage below .900. Talbot has been slightly better but still has a 2.49 GAA and a .907 SV% over his last six starts. Talbot stopped 22 of the 26 shots he faced in the Flames’ 5-1 win in Minnesota back in March.

The Wild might also have health on their mind heading into the postseason. Defensemen Matt Dumba and Jared Spurgeon are both out and questionable for the start of the playoffs. To make matters worse, top-line winger Mats Zuccarello is also on the shelf and has missed the past two games.

These are three pivotal players for the Wild and missing them in what is nearly a must-win game if they want home ice in the playoffs is a massive loss for the home favorites. Meanwhile, Calgary comes into this game extremely healthy.

With Dumba and Spurgeon out, the Wild could struggle to contain the Matthew Tkachuk-Elias Lindholm-Johnny Gaudreau line that has combined for 24 goals over the team’s last 14 games, while all three sit atop the league in plus/minus. If Gaudreau scores tonight, he will join Tkachuk and  Lindholm as 40-goal scorers. Having all three players on one line score at least 40 goals is bonkers.

We’re getting a great price here on the Flames at +107 considering they were -115 favorites in the last meeting in Minnesota. Just because the Wild have more to play for, doesn’t necessarily mean better results are coming.

Since the beginning of the month, the Wild are seeing an average of 7.28 goals per game thanks to an offense that is scoring over 4.00 gpg, and goaltending that is conceding over 3.00 gpg. They've run off four straight Overs and come into tonight 6-1 to the Over in their last seven contests.

Calgary has also been playing to the Over of late with a 6-1-1 O/U mark across its last eight games. Only three other teams are scoring more than the Flames in April and they've been consistent with their offense on the road this season with a 3.47 gpg mark.

Both power plays have found the back of the net lately as the Wild have accumulated five PP goals over their last three matches while the Flames have scored with the man advantage in four straight games. That’s a big advantage for tonight’s Over as the two meetings this season have produced a ton of penalties — 58 minutes in total.

The Flames have had no issues running up the score so far this season versus the Wild as Darryl Sutter’s group has totaled 12 goals in the two meetings with Gaudreau, Tkachuk, and Lindholm combining for 12 points.

The potential absence of Mats Zuccarello obviously hurts Minnesota offensively, but the second line of Matt Boldy-Frederick Gaudreau-Kevin Fiala has been unstoppable of late and the Wild have a ton of scoring depth with Nick Bjugstad filling in for the winger. The losses of Spurgeon and Dumba are more favorable to the Over than the loss of Zuccarello.

Both offenses are scoring, Markstrom hasn’t played in two games, and the Minnesota goaltending is not as elite as it was in March. We could see plenty of power-play time and both PPs have found the back of the net of late. We certainly like goals today and are hitting the Over 6.5 for plus money.

Johnny Hockey is sitting at 39 goals and could join his linemates in the 40-goal club with a single cookie tonight. Gaudreau has three assists versus the Wild this season but does come into tonight with eight goals over his last 12 games —  with all eight of those coming at even strength.

Only Lindholm is shooting the puck more than Gaudreau this month on the team which is the best indicator of possible goal success. The Wild are coming off a game where they allowed five goals to the Coyotes and are missing two of the best defensemen in Spurgeon and Dumba. The boys will be looking for Gaudreau to hit the 40-goal mark today in a game that otherwise doesn’t have a lot of meaning for the visitors.