Washington skated away with a 3-2 win when these teams matched up back in November, but the table flips to Philadelphia as the Caps conclude a six-game trip. With the Capitals still struggling to score, our NHL betting picks are eyeing their team total. 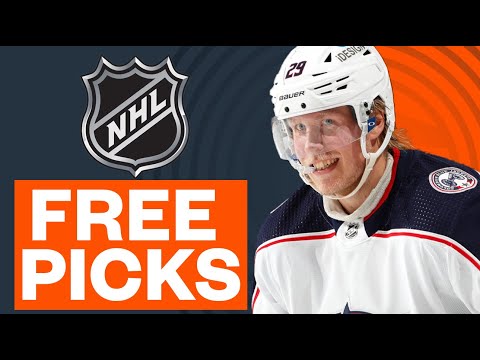 After meeting back on November 23, the Washington Capitals and Philadelphia Flyers will hash it out again — this time in Pennsylvania. The last game saw overtime heroics from Alexander Ovechkin to give his team a 3-2 victory, snapping a then four-game slide.

Not much has changed standings-wise since the last matchup, with both sides still near the cellar of the Metro Division. Which players will step up in this battle of mid?

Find out in my NHL betting picks and predictions for the Capitals vs. Flyers on December 7.

Capitals vs Flyers picks and predictions

The Capitals simply cannot score at a high level right now. They're averaging 2.73 goals per game (27th in the NHL) and have scored four or more goals twice in their last 10 games. The last time these teams met, I targeted the Under on Washington's goal total at 3.5, and I see no reason not to do so again with the same line set for this outing.

The Caps' offensive numbers are awful to look at, ranking near the bottom in shots (27th), shooting percentage (24th), and power-play percentage (22nd). Looking at their 5v5 numbers, their 52.4 expected goals aren't far off from the 46 they have scored at even strength.

Washington has gotten some key pieces back offensively over the last few weeks, but the absence of players like Dmitry Orlov, Tom Wilson, and Nicklas Backstrom is felt all over the ice. Without all of their weapons, it just doesn't seem smart to bet on the Capitals to score four or more.

Taking a look at their opposition, the Flyers aren't exactly defensive maestros — but they aren't as bad as you think. Their 3.24 goals against have them slotted at 19th in the league, and they only give up the 17th most shots. Not as awful as you would expect from a team that is fresh off of a 10-game losing skid.

When these teams played back in November, Philly held Washington to 32 shots (right at its average of 31.8 shots allowed per game) and the Caps needed extra time to get their third goal. They had 10 high-danger chances but were only able to score on one.

An inability to capitalize on those types of chances has been a trend for Washington all season, ranking 22nd in the league with just 24 HDGF. As long as Philadelphia can limit the Capitals' shots and high-danger chances, there should be no reason why it can't hold them to Under four goals again.

Back Washington to keep sucking on offense!

The Flyers opened up as +120 home dogs and have pretty much stayed there. Washington and Philadelphia enter tonight as winners of their last game — a little different from the big losing streaks they were riding going into the last time these two squared off. The Capitals walked away with a 3-2 overtime victory back in November and another win for the boys in red seems obtainable here too.

Darcy Kuemper left against the Calgary Flames with an upper-body injury and was unavailable against Edmonton, but there is a chance he may return between the pipes tonight. The 32-year-old netminder has been solid for his new team this year — posting a 2.56 GAA and .916 SV% — and his return would add a definite boost to end this six-game roadie.

Even if Kuemper isn't cleared, rookie Charlie Lindgren looked more than capable of holding his own against the Oilers, stopping 28 of 30 shots he faced. He should have no issues shutting down Philadelphia's league-worst offense.

The Caps are 2-2-1 on this road trip and will look to end strong against a divisional rival they already beat once this year. They won't score a ton, but their team will do enough defensively where they won't have to. Back Washington to fly out of PA with two much-needed points.

The total for this game stands at 6.0 at most books but some 6.5s have popped up at plus money. As tempting as that value looks if you're into line shopping, I'd be more inclined to pay the juice and take the Under at that number.

Even with overtime, these teams scored just five times back on Nov. 23, and not much has changed since. The Under has gone 7-1 in Washington's last eight games, with the team still putting in an above-average defensive effort to make up for its lack of scoring depth.

These teams have both been profitable to the Under this season, with the Flyers O/U record at 11-13-2, and the Caps at 10-16-1. If you're willing to line shop, I would look for a book offering a 6.5 and take the Under again, but if you can only find a 6.0 I would just steer clear and stay with Washington's team total.