A game of Tampa Bay keep away and New York catch-up make up the narrative for this fun same-game parlay to consider for Monday Night Football.

When building same-game parlays, it's important to build a proper narrative and then make corresponding picks. The coaches for the Tampa Bay Buccaneers and New York Giants have a couple of distinct tendencies that we can try to take advantage of on Monday Night Football.

The Buccaneers are 11-point favorites and -525 on the moneyline. The price implies that the Buccaneers will be leading for 84 percent of the game. No team throws the football more often than Tampa Bay – 67 percent of snaps – but their offense changes when leading.

When ahead by a touchdown or more, they pass the football on just 59 percent of snaps. Matched up against the Giants run defense which ranks 27th for the season in run defense success rate, it is likely that the extra Buccaneers runs, if leading, will result in positive gains often.

The Giants have a league-average pass rate of 60 percent in all situations this season. Joe Judge and Jason Garrett change tendencies quickly and start throwing at a six percent higher rate when trailing by any margin.

When behind by a touchdown or more, the coach and offensive coordinator get desperate and throw at a 72 percent rate, which is the eighth highest in the league for trailing teams. Daniel Jones will likely have success throwing the football if trailing because the Buccaneers concede the third-highest yards per attempt to QB’s trailing by a touchdown or more.

The key is that the Buccaneers get an early lead, and the game ends up near the 11 point spread. With an early lead, the Buccaneers will play keep away and run Fournette more than usual against a poor Giants run defense. The Giants will need to play catchup throwing the football, which they should also have success doing against a Buccaneers defense that concedes a lot of yardage when defending a lead. 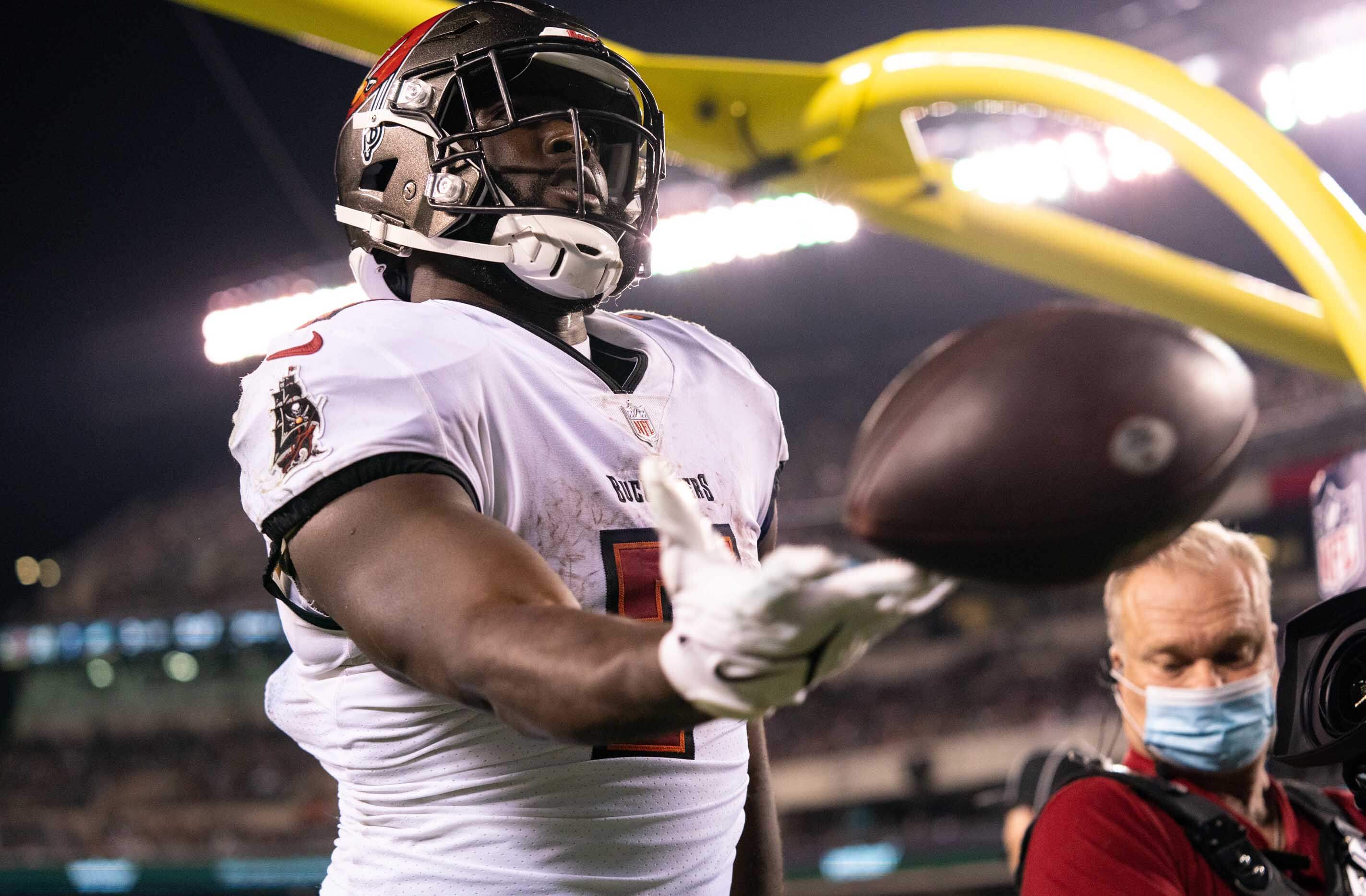