With so many playmakers on the field for both teams, there should be plenty of points scored in the Wild Card meeting between the 49ers and Cowboys. We're leaning on those playmakers in our prop picks Sunday in Dallas when SF visits. 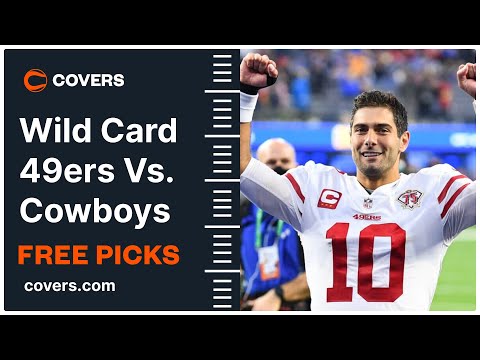 It’s kind of crazy that the San Francisco 49ers and the Dallas Cowboys is the only game of the Wild Card round that isn’t a rematch, but even without that extra data, there is still plenty of value to be found when it comes to NFL player prop bets.

Dak Prescott and the Cowboys had one of the NFL’s best passing offenses this season but is this the air attack you should be focusing on when making your bets?  Find out in our free player props and predictions for the 49ers vs. Cowboys.

This matchup features the highest total of the week at 51, so you know we’re going to have to look at a touchdown scorer when it comes to player props, and no one is scoring touchdowns at a higher rate heading into this game than the 49ers' Deebo Samuel.

The Niners deploy Samuel as both a wide receiver and a running back, and at the moment, he doesn’t just look like one of San Francisco’s best players, but one of the best players in the entire NFL.

Samuel found the end zone in 11 of the 16 games he played this season. Overall, he scored six receiving touchdowns and eight rushing for the Niners. Even with running back Elijah Mitchell returning to the lineup for the 49ers last week, Samuel still carried the ball seven times. So, Kyle Shannan still seems intent on deploying Samuel in a multitude of ways.

Shanahan loves using Samuel in the red zone and that bodes well against a Cowboys defense that ranks 21st in the NFL when it comes to opponent red zone touchdown percentage.

In a game where plenty of scoring is expected, there is no better player to back than Samuel.

Not enough people are talking about the incredible season Dak Prescott had a year after suffering a horrible injury. The Cowboys' signal-caller threw for 4,449 yards while completing 68.8 percent of his passes with 37 touchdowns compared to just 10 picks.

Dak is going to be in tough against a 49ers defense that has been excellent at shutting down the run all season but has kicked its pass rush to the next level lately. The Niners have racked up 20 sacks over their last five games and even though the Cowboys have a solid offensive line, San Francisco should at least make Prescott uncomfortable in the pocket.

That brings us to this prop, Prescott to go Over his small rushing yard total of 7.5. Now, Prescott hasn’t needed to use his legs much this season, rushing for just 146 yards, but you can bet he’ll do whatever it takes in a must-win game.

On top of that, although the Niners have created a ton of pressure lately, they sometimes fail to contain the quarterback. San Francisco ranks 25th in rushing yards allowed to opposing quarterbacks this season and gave up 5.7 yards per attempt.

The toughest defenses Dak played this year were Tampa Bay, New England, and Arizona. He had at least 13 rushing yards in all three of those games.

This might be the game of underrated quarterbacks because, quietly, Jimmy Garoppolo is having a great season for the 49ers. Thanks to Garoppolo, the Niners ended the season with the fifth-ranked passing attack per DVOA.

Garoppolo obviously has some awesome weapons at his disposal out wide in Samuel and Brandon Aiyuk, but we can’t forget his best target of all, George Kittle. The Niners’ star tight end was quiet down the stretch, catching just eight balls for 60 yards over the team’s final three games, but he’s set up to have a nice game in this one.

While the Cowboys rank highly against the pass in some metrics, a lot of that is predicated on creating turnovers. If they aren’t getting those turnovers, they are giving up a bunch of yards. They rank 20th in passing yards allowed per game and the only playoff team to allow more yards to wide receivers is the Los Angeles Rams.

Now, Kittle is obviously not a receiver but Shanahan certainly uses him as one at times. While Kittle’s yardage hasn’t always been there this season he has been targeted at least six times in eight of his last 12 games, hauling in five or more of them for receptions seven times in those games.

Same-Game parlay for 49ers vs Cowboys

For the same-game parlay, we are sticking with Deebo to score, because why wouldn’t you. We are transitioning from receptions to yards for Kittle here because it gives us a little more of a boost, and at 50.5, it’s a number he’s gone Over six times this year. Then we’ll look at his counterpart on the Cowboys. The Niners' secondary has played better in the second half of the season and their attention should be taken up by CeeDee Lamb and Amari Cooper on the outside, creating some opportunity for Dalton Schultz to make some gains here. 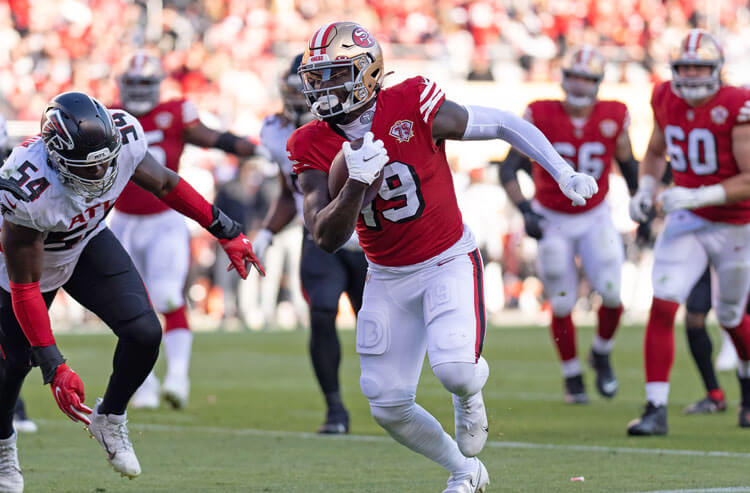