49ers vs Cardinals MNF Prop Bets: Samuel Is Set Up for Success Against Arizona

It's Deebo time, and he has a great opportunity ahead of him when the 49ers meet the Cardinals in Mexico City. Read more to see why the San Francisco superstar headlines our Monday Night prop picks in Week 11. 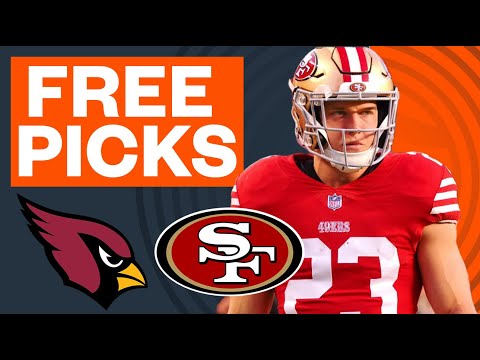 Week 11 of the NFL season culminates with a terrific NFC matchup when the San Francisco 49ers meet the Arizona Cardinals at Estadio Azteka Stadium in Mexico City, Mexico.

This matchup has a 43-point total, but that doesn’t mean we don’t have some tremendous opportunities for prop bet success. Will 49ers wide receiver Deebo Samuel make an impact, or could Cardinals running back James Conner have another big game?

Find out in our NFL prop picks for 49ers vs. Cardinals on November 21.

You can also read our 49ers vs. Cardinals picks and predictions in addition to our best Jimmy Garoppolo player prop picks.

Samuel has found the end zone three times this season and has a terrific matchup against a shaky Cardinals defense in what appears to be a low-scoring affair.

Samuel is a playmaker, and 49ers head coach Kyle Shanahan deploys his speedy wideout in several ways. Samuel is third on the 49ers in rushing yards and has scampered for 165 yards and a touchdown while hauling in 34 of his 60 targets for 411 yards with a pair of scores.

The speedster is coming off a challenging game against the Chargers, catching two of his six targets for 24 yards with four rushing attempts for 27 yards. That can’t happen again, and I expect Shanahan to get his wideout the ball as often as possible.

Samuel has gone three consecutive games without a TD but has a terrific opportunity to score on Monday night. The Cardinals allow just under one receiving TD to the WR position per contest but have allowed a dozen rushing TDs and 16 passing TDs in the red zone, and that’s how Samuel can take advantage.

49ers RB Christian McCaffrey was a solid addition to a 49ers offense still trying to figure things out without starting QB Trey Lance. Acquiring McCaffrey from the Carolina Panthers has paid dividends immediately, and I expect that trend to continue Monday night.

Like Samuel, McCaffrey is a multi-faceted football player. He can beat teams from the backfield and is a valuable receiver. He's scored a rushing TD in his last two games, with a TD reception in Week 9 against the Los Angeles Rams.

Over the past two games, McCaffrey has averaged 16 rushing attempts per game with 132 yards and a pair of TDs. As a receiver, the 49ers' swiss army knife has caught a dozen passes for 94 yards and a TD.

The Cardinals' rushing defense allows 110 rushing yards and 261 passing yards, which is where McCaffrey should eat. Arizona is one of the worst red zone defenses, McCaffrey has a nose for the end zone, and he should score at least once on Monday night.

Conner to the house

When healthy, James Conner remains the Cardinals' lead back and has an excellent opportunity to score a TD Monday night.

Conner has missed a few contests due to injury but has rushed for 314 yards on 82 attempts with three trips to the end zone. As a receiver, he’s hauled in 22 of his 27 targets for 139 yards with five first downs but hasn’t scored.

Starting QB Kyler Murray missed last week, and both he and backup Colt McCoy have since landed on the injury report. Conner had his best game of the season in their Week 10 victory over the Rams, scampering for 69 yards with a pair of scores against a good Los Angeles rushing defense.

The 49ers' rushing defense allows a second-best 82.7 rushing yards per game and 73 yards over their last three. The Cardinals were able to move the ball reasonably well with McCoy under center, and whoever is taking snaps should be able to keep the chains moving through the air. If that happens, Conner should get a couple of cracks at scoring against the 49ers.

The Niners' red zone defense has allowed seven rushing TDs, and if the Cardinals are knocking on the door, Conner will be given the ball. 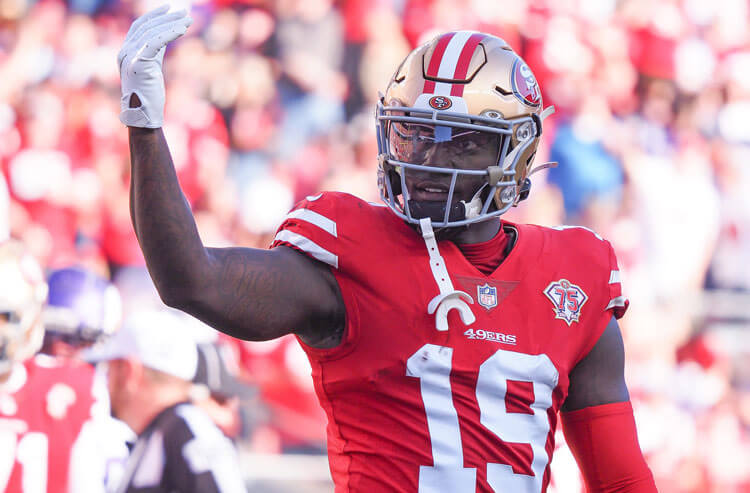 49ers vs Cardinals MNF Prop Bets: Samuel Is Set Up for Success Against Arizona
Provided by