Oregon is coming off a 40-21 trouncing of BYU. Now, Bo Nix and the Ducks travel to Eastern Washington as they look to improve to 3-1 on the season. Find out why we're backing them to cover in our Oregon vs. Washington State betting picks. 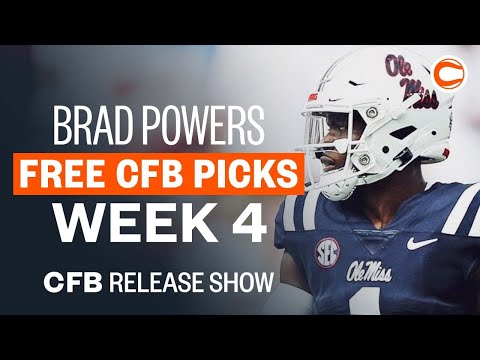 This could be the Pac-12 game of the week as the No. 15 Oregon Ducks travel to Pullman to face the always dangerous Washington State Cougars.

Both teams are coming off big victories last week, as Oregon took down a ranked BYU team and WSU clobbered Colorado State, 38-7. Can Oregon escape Eastern Washington with a victory, or will the Cougars pull off their third home victory in four contests between these two programs?

Continue reading for free college football picks and predictions for Oregon vs Washington State on September 24.

Pullman is a difficult place to play, and many opposing teams have traveled to face the Cougars and walked out of Gesa Field with their Pac-12 title hopes crushed. Oregon will try and avoid that fate on Saturday when the No. 15 Ducks face unranked Washington State.

Oregon Head Coach Dan Lanning is well acquainted with the atmosphere he and his team will be stepping into on Saturday.

“I’ve been up there once when I was a graduate assistant at Arizona State,” Lanning said. “I know they’re passionate fans. I think that every one of us knows that. We’ve talked about the false starts that their environment can create and some of the stuff that they’ve done in the history of their program there. So it’s a good environment. We all know that.”

Washington State has won two of its last three home games against Oregon, when they knocked off the then-No. 12 Ducks and Justin Herbert in 2018. Oregon players and staff know that this is a dangerous game, but they can take solace in the fact that they won the last time they were in Pullman.

Another reason to back Oregon is the line. The Ducks are favored by 6.5 points, moving from its original opening number of 5.5. Shop around, and WynnBet has it at an even more favorable number of -6.

Throw out the awful opener for Oregon at Georgia, and this is a football team that has improved every week. Last Saturday’s 41-20 handling of BYU (who were ranked No. 12 coming in) was extremely impressive. Auburn transfer Bo Nix has found his groove and should continue his strong play against a WSU squad that has two secondary players listed as questionable for Saturday.

Nix has passed for seven touchdowns in his last two games with no interceptions. If Nix manages the offense efficiently on Saturday, Oregon should win this game by a touchdown or more.

Cameron Ward gave the Washington State Cougars a boost at quarterback when he transferred to WSU from Incarnate Word. So far this season, Ward has completed 65.4% of his passes for 727 yards with eight touchdowns and three interceptions.

Ward barely passed his first test when he faced Wisconsin on the road, and WSU defeated the Badgers, 17-14. It wasn’t pretty, as he finished with one passing touchdown and two interceptions.

Luckily, facing Oregon might be a bit easier. The Ducks are averaging 277 yards passing per game, though that number is skewed after Georgia piled up 439 yards via the air. Still, the secondary will have their hands full with Ward, especially if the defensive line can’t put any pressure on him. What should help the Ducks is that WSU’s offensive line is awful. Ward might be scrambling most of the game because of the lack of protection.

The Ducks are 7-3 against the spread in their last 10 games following a straight up win of more than 20 points, and are 11-5 ATS vs. a team with a winning record.

These two teams like piling up points, and the public has jumped on the Over. The total opened at 54.5 and has moved up to 57.5 at most sportsbooks.

After getting crushed by the Georgia Bulldogs, 49-3, the Ducks scored 70 and 41 points in their next two games. Washington State has scored 24, 17, and 38 points. The key result was the 17-14 outcome when they played Wisconsin. The Badgers put pressure on the WSU offensive line and forced Cougars QB Cameron Ward to throw two interceptions.

I believe Oregon can do the same to Ward on Saturday. If Ward has to scramble for most of the game, his ability to throw downfield will be hampered. Instead, he’ll be tossing short passes, which would help chew up the clock. If Oregon QB Bo Nix does the same, this game could easily mirror the Cougars' game against Wisconsin.

The favorite is 4-1 ATS in the last five meetings between these two teams. Find more NCAA betting trends for Oregon vs. Washington State.

Oregon vs Washington State Odds, Picks and Predictions: Nix and Co. Prevail in Pullman
Provided by