The college football betting board for Wednesday night features a trio of MACtion games including a matchup between the Northern Illinois Huskies and the Ball State Cardinals.

The Huskies are off to a rough start to the year, falling to Buffalo in their season-opener and getting stomped 40-10 by Central Michigan last week.

Ball State is 1-1 following a 38-31 win over Eastern Michigan and college football odds have them installed as 14.5-point favorites versus NIU.

We break down the NCAA odds with our best free Northern Illinois vs. Ball State picks and predictions for Wednesday, November 18, with kickoff at 7 p.m. ET.

It's expected to be a cool and clear evening at Scheumann Stadium in Muncie, Indiana, with temperatures between 26 and 50 degrees and breezes reaching up to 9 mph. Be sure to monitor the gametime conditions with our NCAA football weather info.

Ball State is 1-7 ATS in its last eight games against teams with a losing record. Find more NCAA betting trends for Northern Illinois vs. Ball State.

When these conference foes met up last year, Ball State came away with a 27-20 victory, snapping a 10-game losing streak against Northern Illinois. That was a close game with the score tied going into the fourth quarter.

The Cardinals have made a habit out of close games recently, with both of their contests this season coming down to game-winning touchdowns in the final minute of play. As a matter of fact, only one of their last six games has been decided by more than seven points.

While turnovers – including a whopping eight fumbles – have plagued NIU's offense through the first two games of the year, they managed 397 yards and 26 first downs against Buffalo's stout defense two weeks ago and should be able to do enough against Ball State to cover this big spread.

We're going out on a limb by assuming that the Huskies will improve their ball security, but 4.0 fumbles per game simply isn't a sustainable number and Ball State's defense has only two takeaways this year.

Thankfully for the Cardinals, they haven't needed to force many turnovers with how well their offense has been playing. Ball State averages 507 yards per game and features a balanced attack led by a pair of seniors in quarterback Drew Plitt and running back Caleb Huntley.

The Over has gone 7-2 in the Huskies last nine games while going a perfect 6-0 in the Cardinals previous six contests. Back the Over again on Wednesday night.

Take the home favorites on the first-quarter spread.

Did you know that if you parlayed today’s NCAA Northern Illinois vs. Ball State picks, you could win $55.37 on a $10 bet? 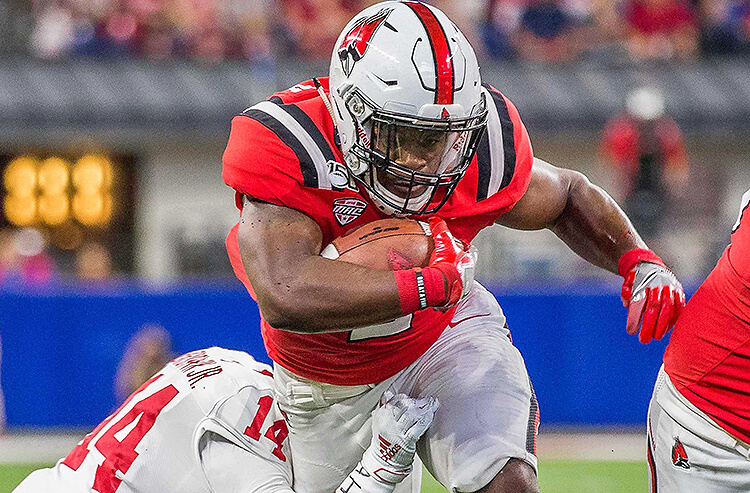 Northern Illinois vs Ball State predictions for November 18
Provided by