ABC's featured matchup has the NC State Wolfpack traveling to Memorial Stadium to face the Clemson Tigers on Saturday night. Read more in our NC State vs. Clemson betting picks to see our best play for the biggest game of the weekend. 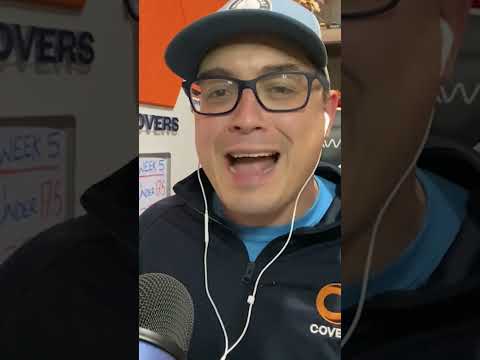 No. 5 Clemson survived a scare last week, winning a shootout in double overtime against Wake Forest. The Tigers won't be able to let up as they get arguably their toughest ACC test of the season when NC State comes to town.

Both teams enter this game undefeated and ranked in the Top 10. Devin Leary comes into this one balling out, but surprisingly, so too is DJ Uiagalelei.

It was the Wolfpack that upset Clemson in double overtime in last year's meeting, so can NC State pull off the upset for the second straight season?  I break it all down and give you my best bet in college football picks and predictions for this epic ACC clash between North Carolina State and Clemson.

According to the total of 42.5, sportsbooks are telling you the defenses still have the edge. But this number is too low.

For starters, Uiagalelei is starting to look like the guy we thought he would when he was recruited. He’s completing 64% of his passes for 1,033 yards and 10 touchdowns with just one interception through four games, highlighted by his 371-yard, five TD performance last week against Wake Forest.

While the NC State defense is notably better than Wake Forest, it hasn't been perfect this season. The Wolfpack have been out-gained twice this season. This occurred during their 27-14 win against Texas Tech and again in their season opener against East Carolina.

Uiagalelei has gotten more support this year as well, with strong play from the offensive line and running game. He's also been making better decisions as to when to tuck it and run. That balance will keep the Wolfpack defense off balance.

Then there is Devin Leary and the NC State offense. Leary entered the season with some saying he was the best quarterback in the ACC, and he's played pretty well to this point. Leary has thrown for 890 yards with nine scores and two picks.

While Clemson has plenty of NFL talent in the front seven, the secondary is banged up and struggling. Leary just watched Wake Forest's Sam Hartman shred them for 337 yards and six scores. The NC State QB might not pull off those stats, but he's certainly capable of taking advantage of the matchup.

Jump on the Over before it gets much higher.

When these ACC foes last met, Clemson was a 10.5-point road favorite, and obviously, things did not go as planned. This time around, the Tigers are laying just 6.5-points in Death Valley. That's quite an adjustment when you consider how similar the teams are compared to last year.

Even though both teams come into this game at 4-0, NC State has yet to face a really tough opponent. That said, they have had some really tough games. The Wolfpack nearly (and probably should have) lost their season-opener against ECU. Then they had two cupcake matchups against UConn and FCS Charleston Southern while sandwiching a matchup against rebuilding Texas Tech.

Clemson has a Top 25 win against Wake Forest, and the offense is starting to find its form, totaling over 1,000 yards over the last two weeks. Being at home with one of the best front sevens in the country is a massive advantage, plus Uiagalelei is starting to find himself.

It's not an official play, but I'd lean towards the Tigers here.

This total has been on a journey. It hit the board as high as 46.0 at some shops, but that number was there for a good time, not a long time, as bettors hammered the Under.

So much so that the total dipped below 40.0 for a brief period before the buyback on the Over began. As of Thursday afternoon, we're at 42.5. And like I said before, I get it.

These two defenses are elite, and both teams played to a 14-14 score through 60 minutes in last year's matchup. Even though Uiagalelei is coming off a great performance, that was against a sub-par defense, and he has proven to be inconsistent during his time at Clemson.

There are even some questions about the weather, although the forecast looks to be clearing up. But as I broke down above, that number is not giving these offenses enough respect.

NC State vs Clemson Odds, Picks and Predictions: Expect a Shootout in Death Valley
Provided by