All things considered, Alabama's offense hasn't looked as lethal as in years past. Look for that to change on Saturday as Bryce Young and the Crimson Tide light up the scoreboard against the Razorbacks. Read more in our Alabama vs. Arkansas betting picks. 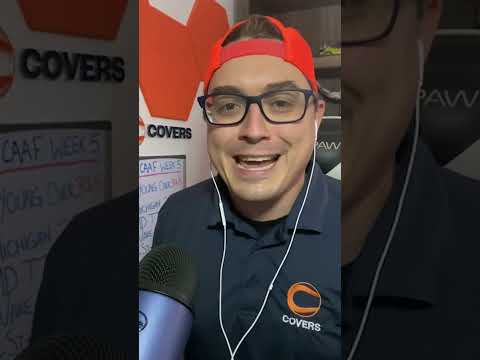 Much has been made about Alabama not being the same dominant force that we've been accustomed to when playing true road games over the last couple of seasons.

Those thoughts will resurface this weekend when the Crimson Tide travel to Fayetteville as 17.5-point favorites to take on the No. 20 ranked Arkansas Razorbacks. Luckily for Bama, if there is a guy who can overcome those road woes, it’s Bryce Young.

And as you’ll find out, my best bet in this college football picks and predictions is backing the reigning Heisman winner to have another big game in this SEC throw-down.

Alabama vs Arkansas picks and predictions

Yes, it was at home, but Bryce Young finally balled out last week and looked like the guy who won the Heisman last year. Young threw for 385 yards, four touchdowns, and no interceptions while completing 69.4% of his passes in a 55-3 win over Vanderbilt.

He’ll have a chance to keep throwing bombs against Arkansas this weekend. The Razorbacks enter this one coming off a heartbreaking 23-21 defeat to Texas A&M. It was a game that could have ended much differently if not for a costly red zone fumble that was scooped and returned 82 yards for a score.

So, the question in this one will be, can Arkansas recover from that emotional letdown and slow down Young in the process?

I’m not so sure. Aside from costly turnovers, Arkansas's biggest issue this season is its pass defense. Yes, the Razorbacks are creating pressure and getting sacks, but when they aren’t, they’re getting torched. The Hogs rank 126nd in the country in passing yards per game and have surrendered at least 300 passing yards in three of their four games. The one outlier came against Texas A&M, whose offense looks like it’s allergic to throwing the football.

Young also carved up this defense for 559 yards in last year’s meeting in Tuscaloosa. A lot of those yards went to Jameson Williams and John Metchie, but Young looks like he is starting to build some chemistry with new wideouts Jermaine Burton, Traeshon Holden, and Ja’Corey Brooks. Running back Jahmyr Gibbs has also been a threat in the passing game out of the backfield.

I’m not sure if Alabama covers the chalk this weekend, but I am confident Young is going to let it fly in this matchup. Take the Over on his passing yards prop.

Alabama is laying 17.5 points on the road this week, and I understand why.

Despite the near scare against Texas, this is still a really good team. And if the line was much lower, books would probably have an even bigger liability with Bama than they usually do. But let’s look back at the results from Alabama’s last five true road games, shall we?

The Razorbacks have the ability to cause more problems for the Tide, and it all starts with KJ Jefferson. Arkansas’ dual-threat QB is a beast and off to a good start this season. He’s completing 69.1% of his passes for 941 yards and eight TDs with just one pick, while adding another 274 yards and four scores on the ground.

Even though Bama’s defense has been solid, we saw their secondary have some issues against Texas, and Jefferson should be able to attack them downfield as well. On top of that, if Arkansas had found a way to pull out last week’s game against Texas A&M, this line is probably a tad lower.

No official play for me here, but with Bama’s issues covering spreads on the road, I would lean towards taking the points with the underdog.

The total for this SEC showdown hit the board at 62.0, but early Under money has that number down to 60.5 as of Friday afternoon.

That number looks low enough to attack the other side. We really haven’t seen the best form of this Alabama offense yet, and they're still averaging 48.3 points per game.

Meanwhile, Arkansas has the weapons needed to attack Alabama’s most glaring weakness in the secondary. The Razorbacks are also putting up a respectable 33.5 points per game. Last year’s meeting between these two also easily cruised over the total of 58.5 in a 42-35 Alabama win.

I wouldn’t be shocked if something similar happened again this year.

Alabama is 1-6 ATS in its last seven games vs. a team with a winning home record. Find more NCAA betting trends for Alabama vs. Arkansas.