Arizona knows it could crush Stanford if it wanted to — having defeated the Cardinal by 28 just a few weeks ago — but will they be motivated to cover the huge number tonight just days after clinching the Pac-12? Find out in our NCAAB picks and predictions.

After winning the Pac-12 regular-season title on Tuesday, the Arizona Wildcats will look to keep the momentum rolling with a home win over a Stanford Cardinal team that has lost five of its last six contests.

Will the Cardinal find a way to stay competitive in Tucson? Read our college basketball picks and predictions for Stanford vs. Arizona to find out.

Stanford opened as an 18.5-point road underdog and that line hasn’t really moved, but there is one book that is offering the Cardinal as a 19.5-point dog. As for the total, the number started at 147 and is now up to as high as 148.

Arizona is 1-5 against the spread in its last six home games. Find more NCAA betting trends for Stanford vs. Arizona.

Stanford vs Arizona picks and predictions

Stanford lost by 28 points the last time it faced Arizona, which was back on January 20.

This, however, should be a bit closer, despite the Cardinal having to play on the road. Not only did Stanford play horribly in that last meeting, but the team also has the luxury of facing Arizona in a prime let-down spot.

After beating the USC Trojans on Tuesday, the Wildcats have now clinched the Pac-12 regular-season title and the No. 1 seed in the Pac-12 tournament. That doesn’t mean that the Wildcats will outright throw this game, but the energy level might not be there.

The Cardinal, meanwhile, are going to be eager to turn in a good performance after failing to cover in each of its last three games. This team is too talented to be playing this poorly and Harrison Ingram is a guy to keep an eye on here.

Ingram has great size for a forward and just knows how to make plays. If the Wildcats don’t have their usual defensive intensity, he should be able to take advantage. The same goes for Spencer Jones, who is capable of getting hot as a spot-up shooter.

The one thing Stanford is really going to need to do in this game is work as a team to hit the glass. The Cardinal don't really play a true center, and that can be problematic against a massive Wildcats frontcourt.

Stanford needs to make sure that Christian Koloko, Azuolas Tubulis and Oumar Ballo don’t completely dominate in the paint. If it can do that, the Cardinal should be able to stay within the huge number.

The last time these teams played, the game went Under in a contest that had a total of 150.5. Stanford, however, shot 30% from the field in that game, and the team turned the ball over 17 times.

Look for the Cardinal to play a bit better on the offensive end, especially if the Wildcats aren’t as locked in as usual here.

On the other end, we know what to expect from the Wildcats on offense. Arizona has the eighth-best adjusted offensive efficiency in college basketball, per KenPom, so the team should do their part in getting this Over the total.

The Over also happens to have hit in three of the last four games that Arizona has played coming into this one.

Meanwhile, the Over is 11-3 when Stanford is coming off a road game in which the team scored 60 or fewer points under head coach Jerod Haase. The average total points scored in those games was 147.7 points per game, but those opponents weren’t nearly as explosive as Arizona and that makes the Over a great play.

Over the last two seasons, Stanford is 8-1 ATS when failing to cover in four or five of its last six games. With that, the Cardinal usually tends to bounce back and perform at a high level after some lousy stretches.

Stanford is also 15-4 ATS when trying to avenge a loss in which the team scored 60 or fewer points since Haase became the team’s head coach.

This game is obviously going to be a bit nerve-wracking, as Arizona is one of the best teams in the nation, but the Wildcats really don’t have a lot to play for here.

As long as the team doesn’t lose this game outright, it should ultimately go on to be a No. 1 seed in the NCAA tournament. And there’s a huge middle between Arizona winning straight-up and Stanford covering. Take the points. 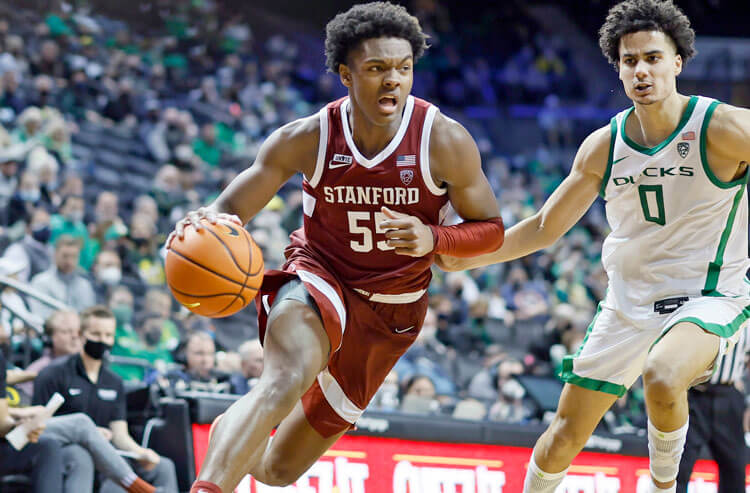