East Carolina defeated Memphis 72-71 two weeks ago, and while Memphis should get its revenge tonight, they have no business giving 13.5 points with how they've underperformed this year — making the road dog the best play in tonight's AAC betting picks.

It’s been an odd season for the Memphis Tigers. There’s no doubt that they have one of the best rosters in the nation, but they’ve certainly underperformed thus far, starting conference play with a 4-4 record.

Now, Memphis will take on East Carolina for the second time this season. In the first matchup, the Pirates edged out a 72-71 victory at home.

Does East Carolina have another upset inside of them? Here are our college basketball picks and predictions for the AAC matchup between the East Carolina Pirates and the Memphis Tigers.

Memphis opened up as a 13-point favorite and has even been bet up to -13.5 at some outlets. Meanwhile, the total has dipped from 148.5 at opening to as low as 146 at select sportsbooks.

The Pirates are 6-1 ATS in their last seven games after scoring less than 50 points in their previous game. Find more NCAA betting trends for East Carolina vs. Memphis.

It would be really easy to fade both of these teams right now. Memphis has all the young talent a team could need, yet the Tigers have struggled against average teams for much of the season.

Meanwhile, East Carolina just got absolutely torched by Houston, who are without many of their top players, 79-36.

But it should be noted that East Carolina defeated Memphis in stunning fashion earlier this season — and they can do it again.

East Carolina is just an average offense. The Pirates shoot a 49.7% effective field goal percentage while turning the ball over 19% of the time. East Carolina isn’t the best rebounding team in the nation, but they have averaged 28.1% offensive rebounds on the season.

That number is solid and could come into play tonight, knowing Memphis has struggled on the defensive glass of late.

The Pirates are shooting 36% from three and 47% from inside the arc. So, it’s been a struggle inside for the Pirates, however, East Carolina will take a solid amount of threes and continue to earn a ton of assists on the offensive end.

All that great passing can keep a team off-balanced and Memphis’ defense saw that in its first game. East Carolina gets to the line a lot while Memphis fouls a lot.

On the other hand, Memphis can do no wrong on offense, except turn the ball over. The Tigers have turned the ball over 23.3% of the time, which is one of the worst rates in college basketball.

The Tigers are filled with young talent, but that number is still ridiculously high for Memphis. If the Tigers were able to limit turnovers, the offense would be deadly.

Memphis shoot 35.9% from three and 52.1% from inside the arc. The Tigers dominate the offensive glass and earn 36.9% offensive rebounds and like East Carolina, Memphis gets to the line at an even higher rate.

But because of turnovers, Memphis isn’t always getting shots up. The Tigers have turned the ball over nearly once every four possessions. It’s hard to win games when you’re giving away that many possessions.

As long as East Carolina continues to hit 3-point shots, the Pirates will stick around in this game and stay within the big number.

While they may turn the ball over a lot, the Tigers are really efficient offensively when they don't. They have an effective field goal percentage of 52.7% while earning plenty of offensive rebounds and foul shot attempts.

Meanwhile, East Carolina is shooting 36% from three and Memphis has struggled to defend the three, allowing opponents to shoot 34.3%. Memphis has also struggled on the defensive glass.

Both teams should be efficient on offense by getting many second chances, hitting perimeter shots, and getting to the foul line. So to me, that’s an Over kind of game.

I think Memphis wins tonight, but I absolutely don’t think the Tigers will cover the spread. The Tigers have struggled to keep teams off the glass and haven’t been able to prevent three-point shots this season either.

East Carolina isn’t a huge threat to earn turnovers, but Memphis continues to just make bad mental errors and continues to turn the ball over in spots that good teams just don’t do. 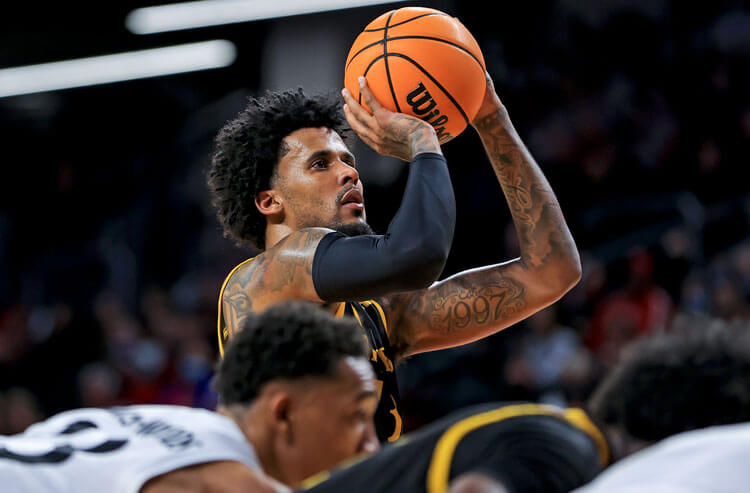