College basketball is back, and we're looking at early season trends in the ACC.

With less continuity, extended eligibility, and player transfers, college basketball looks much different for the 2021-22 season and bettors are adjusting their strategies.

The ACC’s biggest headline during non-conference play was Duke’s toppling of Gonzaga. Duke handed Gonzaga their first regular-season loss since February 2020. But outside of that win, the ACC racked up a collective 2-11 record against AP Top 25 teams in non-conference play. But within that frightening record is some context that may help paint the ACC in a more favorable light.

Editor’s note: Preseason analysis has been preserved and immediately follows this early-season update.

Duke had good reason to be ranked No. 1 in the country before their recent loss to Ohio State. Five-star freshman Paolo Banchero is an absolute sensation (17.8 PPG, 7.3 RPG) and junior Wendell Moore has taken a third-year leap going from per-game averages of 9.7 points, 4.8 rebounds, 2.7 assists to 17.8 points, 6.5 rebounds, and 5.6 assists. Fellow five-star freshman Trevor Keels is showing early flashes with 11.9 PPG, but this team’s ceiling is still sky-high given that their third five-star, AJ Griffin, is still learning the ropes with just 10.4 minutes per game. If Griffin can get on the court more and become anywhere near the player that NBA scouts were drooling over in the offseason, Duke has every right to firmly be in the national championship conversation.

North Carolina (5-2) deserves credit for taking on a gauntlet to start the season. They picked up a 20-point win against No. 24 Michigan and their two losses were single-digit affairs against Purdue (7-0) and Tennessee (5-1), two top-10 teams according to KenPom adjusted efficiency rankings. The Tar Heels have been leaning on a very concentrated seven-man rotation, with all seven averaging more than 22 minutes per game and five players — Caleb Love, Armando Bacot, Brady Manek, RJ Davis, and Dawson Garcia — averaging between 11 and 16 points per game. The team has also been elite from three (11th in percentage) and defensive rebounding (16th), and they're worth monitoring as a formidable opponent for Duke.

Florida State (5-2) also suffered a pair of losses to quality opponents in No. 2 Purdue and No. 14 Florida, but their losses were blowouts at a combined 46 points. However, the Seminoles have suffered some key absences to start the season; starting point guard Rayquan Evans and starting center Tanor Ngom both missed the game against Purdue. On top of that, this team is largely dependent on a transfer Caleb Mills, who leads the team in scoring, and two five-star freshmen playing key roles this year in Matthew Cleveland and Jalen Warley. For these reasons, head coach Leonard Hamilton deserves some leeway before passing judgment. Given some time to get healthy and to properly develop rotations, the Seminoles still have hope.

The recurring theme in the ACC is close-but-not-quite, and Virginia Tech (6-2) is no exception. Their two losses were by a combined nine points and came at the hands of Memphis and Xavier, who were No. 9 and No. 25 in the polls at the time. On the other hand, their five wins were by an average margin of 22.3 points. The Hokies are still rightfully massive underdogs in the ACC, but their prospects as a quality tournament team should not be ignored if they can keep up this level of play.

ACC predictions and teams to watch

Note: The following is the original analysis published on Oct. 29, 2021

Duke embarks on their Coach K farewell tour with a rather impressive outlook. Jon Scheyer, who takes over the program's reigns next year, has continued his excellence in recruiting by landing three blue-chip five-star prospects. Paolo Banchero is the belle of the ball — a 6’11, 250 pound freak of nature projected to go first or second overall in next year’s draft. He truly has it all: a 40” vertical, perimeter shooting, shot creation in the mid-range, and wide-ranging defensive utility.

Forward AJ Griffin (top 10-12 projected pick) joins the party of five-star recruits as an exciting all-around scorer, but he’s already dealing with a knee sprain after sitting out all of last year due to injury. His absence would be a big blow to Duke’s already severely lacking perimeter presence. Trevor Keels, the third of a five-star trio, is a well-built guard (6’5”, 210 lbs) that will help soften the blow of Griffin’s absence.

These recruits and this roster will excel on the defensive end, however. Mark Williams is the highlight of the returners from last year, and transfer big-man Theo John from Milwaukee adds a presence inside to complement Banchero. Between their elite defense, lack of outside shooting, and AJ Griffin’s absence to start the season, backing the Unders might be an excellent investment early on for Blue Devils games.

Manek solidifies depth in the frontcourt, which helps open up things around the perimeter, most notably for Kerwin Walton (and Caleb Love if his efficiency metrics can start justifying his usage). Reliable talent through and through is a great formula to weather the storm of a season, and the Tar Heels have precisely that.

In a conference dominated by larger-than-life retirements, it’s easy to understand how a team like Florida State can fly under the radar. They lost this year’s fourth overall pick (Scottie Barnes), its leading scorer (M.J. Walker), and its 7’1” starting center (Balsa Koprivica). The Seminoles went back to work this year in the face of assured death for a program of its stature in previous years.

Florida State secured one of the top recruiting classes in the nation by adding five-star recruits Matthew Cleveland and Jalen Warley. Cleveland brings flashy athleticism and drool-inducing upside as a prospect, and Warley matches in on-court leadership and basketball IQ.

Caleb Mills (Houston) is another key addition, bringing his three-point proficiency to a team that led the conference with a 40.3 percent three-point percentage.

Make no mistake about it: the ACC is very alive and up for grabs, and Florida State is a large reason why.

Rounding out the ACC are two teams with well-established identities who have turned to offseason transfers to help put their tumultuous 2021 seasons behind them. Virginia finished with its lowest-ranked defense in nearly a decade.

Although what might flash first about ECU transfer Jayden Gardner is his scoring (18.3 PPG), he brings a presence inside while fellow transfer Armaan Franklin (Indiana) will help elsewhere. Gardner will have to lead rim protection efforts, as redshirt sophomore Kadin Shedrick has only played 86 total minutes in his career thus far. The overseas additions of Taine Murray and Igor Milicic round out the Cavaliers' reconstructed roster.

The focus in Louisville is on the other side of the ball, with the Cardinals looking to:

There is a lot is going on for the Cardinals this season, but maybe that’s not a bad thing.

Use our NCAA basketball odds comparison tool to find the best odds on your ACC wagers.

UCLA Still Dominant in Pac-12, But Don’t Sleep On Oregon 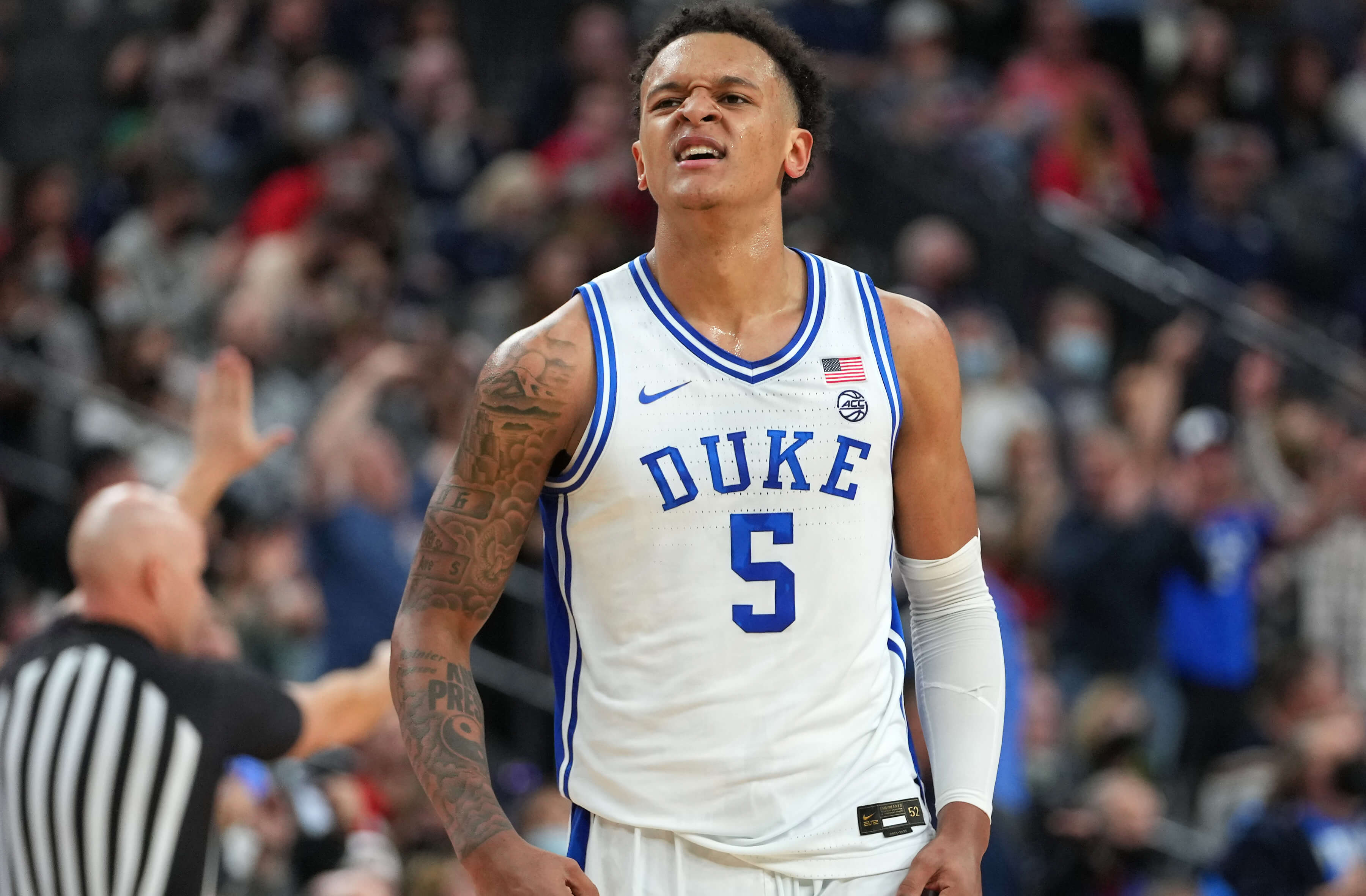