We've scoured the NBA player prop markets to find the best values for Wednesday's slate, featuring LaMelo Ball tormenting the Magic, Kyle Kuzma being the board man, and Steven Adams continuing... to dish out dimes?!?

The NBA betting board features 10 games tonight, giving us a bevy of NBA prop markets to scour through — and plenty of juicy options to choose from.

But only a select few will make the cut as our best values for tonight's action, and that's what we present to you now, as we look at one of the league's most exciting players continuing to dazzle, Washington's top rebounder continuing to clean the glass, and a big man with a newfound knack for racking up dimes.

You may not like him, or his Dad, but let's face the facts: LaMelo Ball is a budding superstar and absolute must-watch TV.

The reigning Rookie of the Year has seemingly already taken a big step forward in Year 2, averaging 22.8 points and 6.8 assists per game and rapidly making the Hornets a "favorite" team to follow for League Pass subscribers near and far.

He'll look to keep the highlights going tonight against a young Orlando squad that has the second-worst defensive rating in the NBA and has struggled to guard opposing points guards, giving up 24.5 points and 7.8 assists per game to the position.

Ball is facing a points + assists total of 26.5 tonight, a threshold he is 2-2 against this season. Coming off a loss, however, we're liking Ball to exploit the Orlando backcourt (be it fellow sophomores Cole Anthony and R.J. Hampton, rookie Jalen Suggs or veteran Terrance Ross) and make do his part to get the Hornets back in the win column.

Wizard on the glass

If you said "yes" to any of those guys (lol at Bertans), you'd be wrong — the answer is glass master Kyle Kuzma.

In his first season in the nation's capital, Kuzma has asserted himself as a rebounding machine. He never averaged more than 6.3 rebounds per game in his four seasons with the Lakers, but he's grabbed at least 11 boards in each of his three games with the Wizards and is fifth in the NBA with 13 boards per contest.

We like him to continue hogging boards tonight against a Celtics team that allows the second-most opponent rebounds per game and has the seventh-worst total rebound percentage.

Kuzma's total is just 7.5 rebounds tonight — considering he's the main man on the glass for the Wiz, we love him to go Over that number.

The Memphis Grizzlies' offense is lighting the league on fire, scoring an NBA-best 123.3 points per game, with a big boost coming from their new center's newfound playmaking skill.

Veteran center Steven Adams was acquired as part of a three-team trade in the offseason and through three games, he's racking up the assists. The center had only averaged more than two assists per game once in his career, but he's currently averaging 4.7 dimes per game this year, assisting on a career-best 17.8 percent of teammate's baskets.

Tonight, Adams faces a 2.5 assist total against the Trail Blazers. Portland is the NBA's best defensive rebounding team, grabbing 83 percent of all available defensive boards, but it also gives up the third-most assists per game to opponents and has the league's highest pace rating, meaning we can expect plenty of offense.

Considering Adams has logged three, five, and six assists so far, we're going to bank on him topping this low total again tonight. 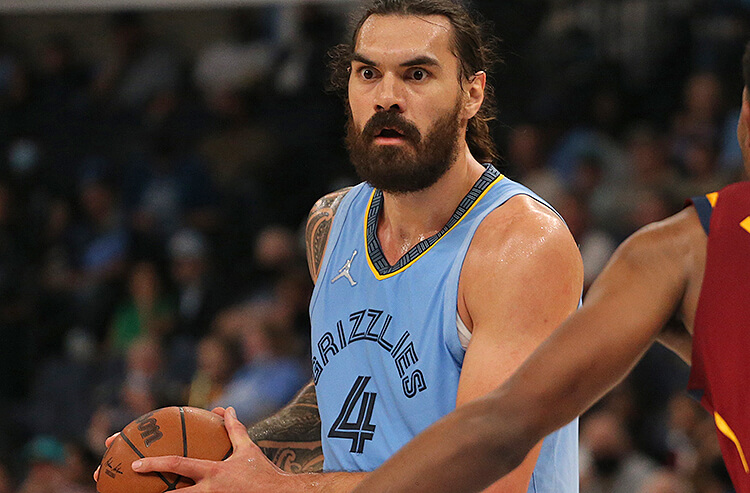