Fading the MVP? It may sound nuts, but hear us out as we highlight a Steph Curry market among our best NBA prop picks for Friday night's basketball betting.

Some of the best value in NBA player prop bets comes from fading superstars on numbers that are simply too high. After all, the public loves betting Overs, and who wants to wager against one of the best players in the world when they're cooking?

We do, especially when the price is right, and that's exactly where we're putting our money tonight as we fade one of the top scorers in the league with our best free NBA prop picks for Friday, November 12.

The Knicks are coming off a home loss to the Bucks and head to Charlotte as 1-point favorites. Julius Randle elevated his game last season and emerged as one of the best power forwards in the league. He's gotten off to another strong start this season, averaging 21.9 points and a career-high 10.5 rebounds per game.

Randle snagged just five rebounds in Wednesday's defeat versus Milwaukee, but he should be in an ideal spot to bounce back tonight. The Hornets are a scrappy team but they really lack size and talent down low. With Mason Plumlee starting at center, 6-foot-6 Miles Bridges at PF, and 6-foot-7 forward Cody Martin the first big off the bench, this group struggles on the glass.

The Hornets rank 28th in the league in rebounding rate. With Randle pulling down at least 10 boards in seven of his last 11 games, back him to go Over his rebounds total of 9.5 tonight.

Cunningham missed the first five games of the season with an ankle injury, and after a couple of ugly performances in his first two contests, he's gotten into a groove. The Oklahoma State product averaged just 4.0 ppg on 13.6 percent shooting from the field in his first two games. But in three games since he's scored at least 17 points while improving his field goal percentage in each subsequent contest.

However, That production is a bit of a double-edged sword. While his points and field goal attempts have gone way up with Pistons coach Dwane Casey giving him the green light to create, his turnovers have also increased.

Cunningham has turned the ball over at least three times in his last three games, including a total of 10 turnovers in the last two contests. It's good for Cunningham's development for him to be given the opportunity to make mistakes, but growing pains are expected for any 20-year-old ball-handler which makes this prop too tempting to pass up.

It might seem like heresy to fade the MVP favorite but the O/U on Steph Curry's points total tonight looks a tad too high. Curry is averaging 27.4 ppg this season, leading Golden State to a sizzling start at 10-1. That said, his points total is set at 31.5, which is significantly higher than his average, which has been boosted by a couple of games where he went off.

You probably remember Curry torching the Clippers for 45 points in the first week of the season and you definitely remember him dropping 50 on the Hawks on Monday. What you might not remember is that more times than not this season, Curry hasn't cracked the 30-point plateau.

In fact, he has scored 28 or more points in just three of 11 contests.  With the resurgent Bulls ranking third in the league in scoring defense by holding foes to just 102.4 ppg, take the Under on Curry's points. 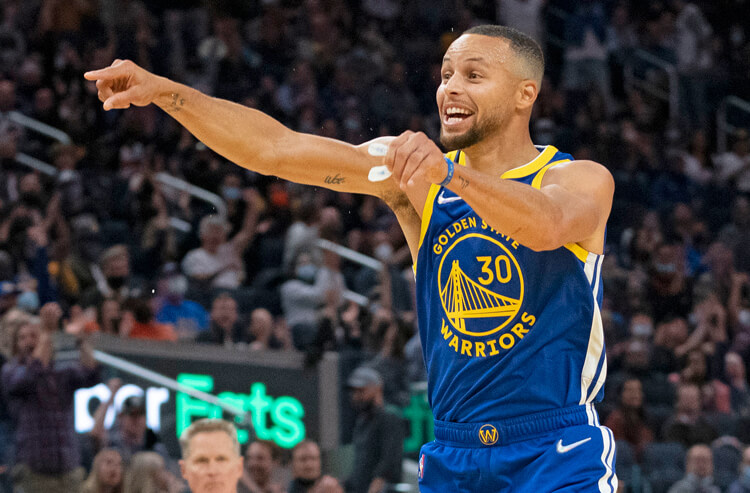